Ovi set the tone early with a few bone-crunching hits, scored from his office on the PP, and the boys never looked back. Was an interesting PK strategy from the Panthers, to say the least: 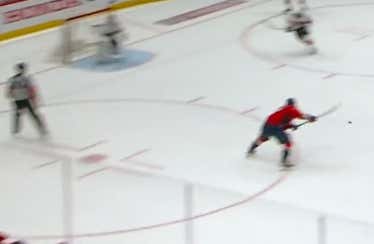 Just an awesome win. Building was rocking and the Caps can go up 3-1 on Monday at home. I picked Caps in 5 from the beginning, stood by it even after that drubbing on Thursday night, and love it even more now. What a game, what a team. Caps Year?