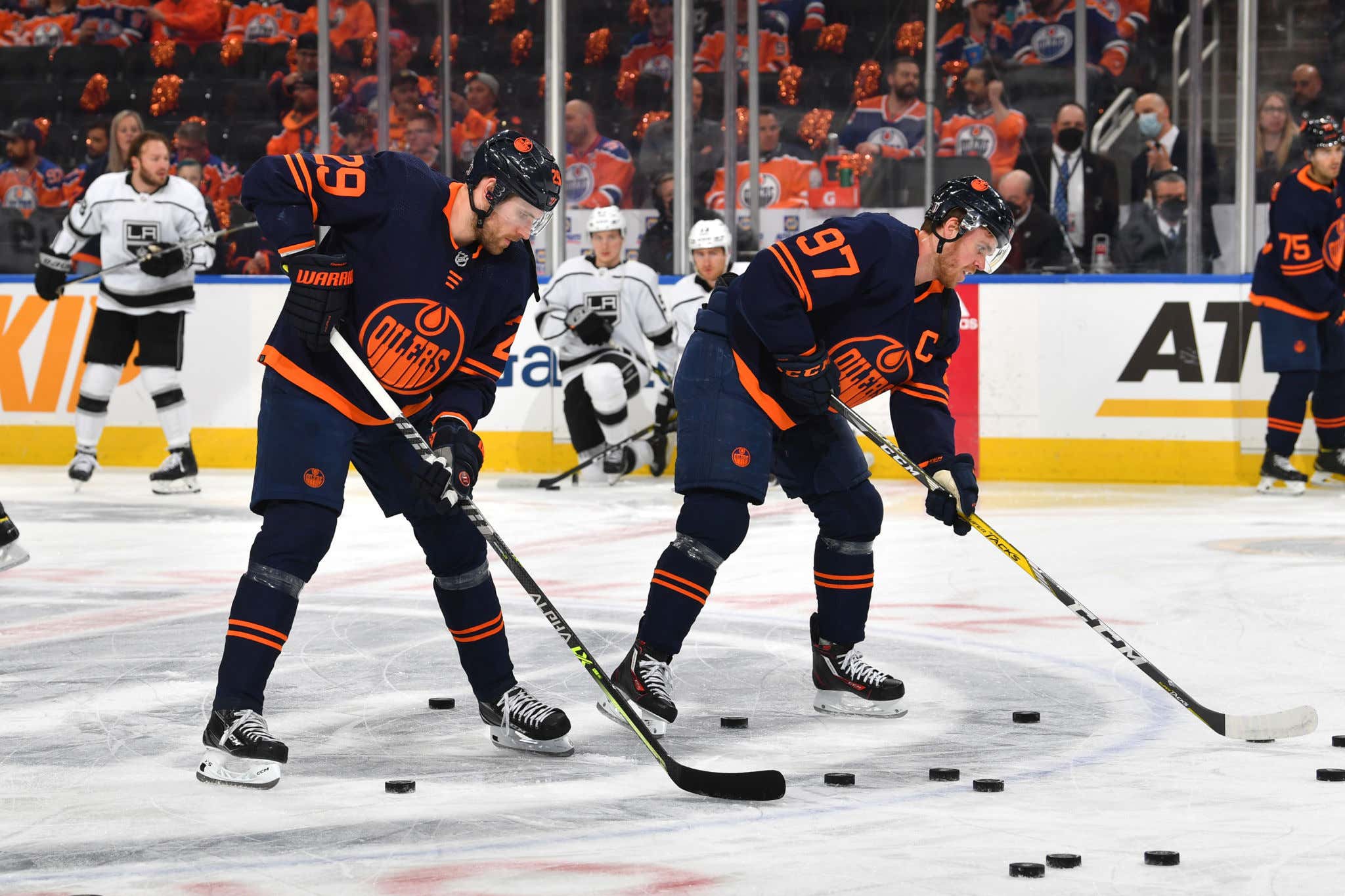 Fewer than four minutes into a pivotal Game 3 against the Los Angeles Kings, it was clear Edmonton Oilers superstars Connor McDavid and Leon Draisaitl weren't about to surrender any early momentum to the home team at Crypto.com Arena.

Opponents have a hard-enough time stopping the Oilers' MVP tandem, but with 4-on-4 hockey, the dynamic duo has even more open ice to work with. That's bad news for anyone trying to get in their way. SO…when McDavid started flying down the ice with Draisaitl flanking him and only one defender in his way, you can guess how it turned out:

What a freaking feed by McDavid — and the quick hands by Draisaitl to sneak it past Kings goalie Jonathan Quick, who was drawn out of position and had to think McDavid would just take the shot at that point. LA forward Adrian Kempe came flying in to give one last valiant back-checking effort, but he was a fraction too late.

The photo I found for this blog post is very apropos, because defensemen and goalies are probably seeing like 10 pucks at once given how much of a blur McDavid and Draisaitl are when they're flying toward the opposing crease or showing off their ridiculous stick-handling skills. It almost doesn't make sense how good they are, and how the NHL allowed them to be on the same team.

McDavid had 44 goals and 79 assists for an NHL-best 123 points in the regular season; Draisaitl went for 55 goals and assists. These guys move the damn needle, and the Stanley Cup playoffs could really use a deep Oilers run. For all their greatness, McDavid and Draisaitl have advanced past the first round once. With apologies to Kings fans, you have enough good sports out there in LA. Let us see these dudes go DEEP in the postseason.

PS, just a little history Draisaitl made for a franchise that, you know, has the GOAT Wayne Gretzky holding just about every other record imaginable.