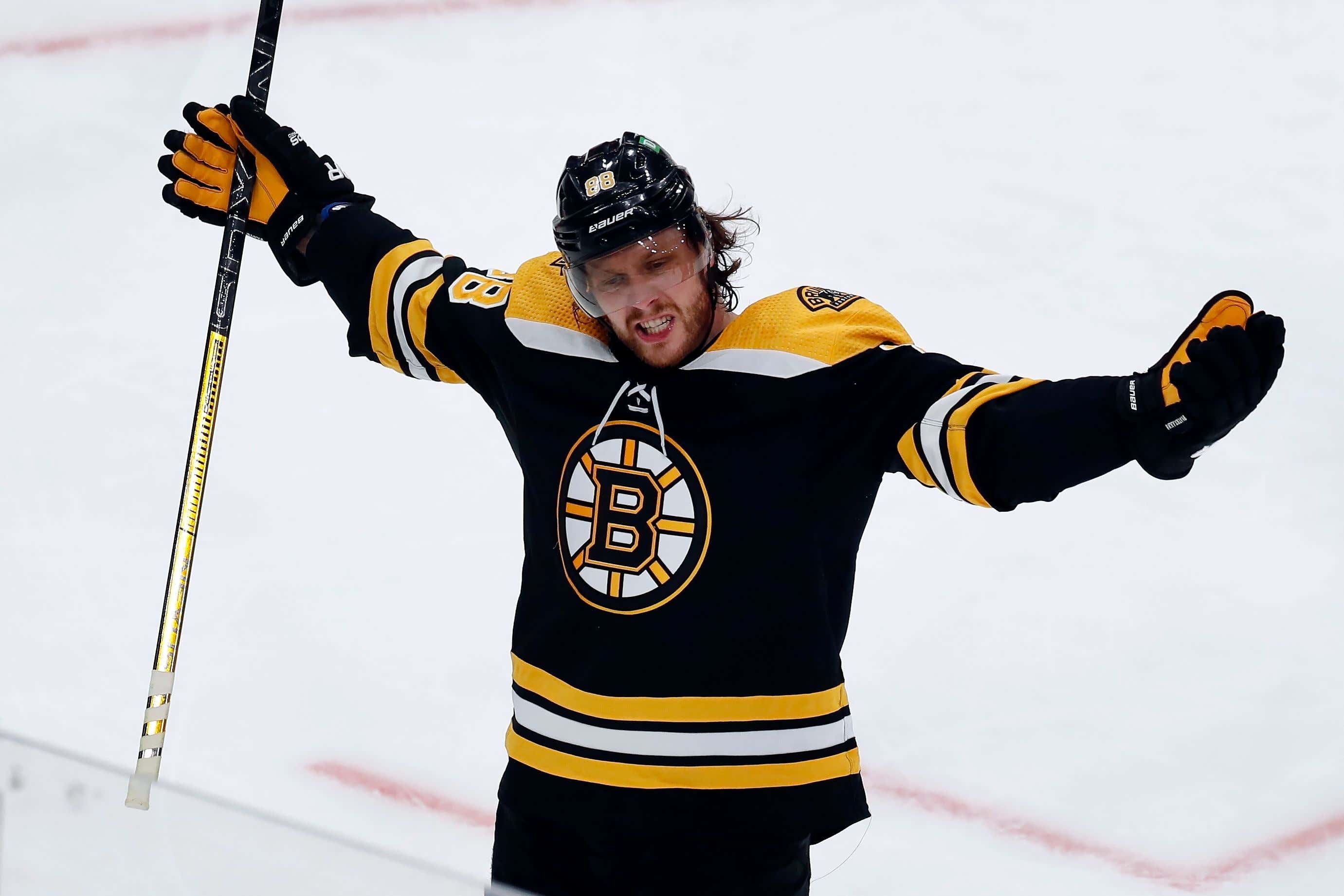 Series back on. In a must win Game 3 Boston showed up with a 4-2 win over Carolina to get them back in the series. LET'S GET INTO IT!!!

Vincent Trocheck opened up the scoring for the Hurricanes midway through the 1st. 1-0 Carolina.

Late in the 2nd, Jake DeBrusk fed Charlie Coyle shorthanded to tie the game. 1-1 after 1.

Brad Marchand gave the Bruins their first lead of the game/series early in the 2nd. 2-1 Bruins.

David Pastrnak scored on a PP (B's had a 5 on 3, first penalty had expired), nasty wrister short side. 3-1 Bruins.

Taylor Hall cashed in on the PP early in the 3rd to extend the Bruins lead. Thing of beauty. 4-1.

- With Hampus Lindholm out, Mike Reilly slotted in alongside Charlie McAvoy. Chris Wagner went in for Trent Frederic and Tomas Nosek was promoted to the 3rd line. Thought Reilly was really solid, fit in seamless tonight with McAvoy. Team defense as a whole tonight was way better.

- Brad Marchand and David Pastrnak both picked up their first goals of the series and boy did they need it. Neither player has looked 100% this series but hopefully this is a sign of more good things to come.

- Special teams was the deciding factor tonight… B's took too many penalties but did a really good job on the penalty kill. Derek Forbort especially had a really nice game defensively after a tough Game 2. Finished the night with NINE blocked shots. The PP came through after a really shaky 1st period with two power play goals from David Pastrnak and Taylor Hall. THINGS YOU LOVE TO SEE.

- Speaking of Taylor Hall, he's been by far the B's best forward through 3 games this series.

- Jeremy Swayman got the start instead of Linus Ullmark. First playoff start of his career. Thought he was really sharp. Made some big saves at crucial times. Bruce Cassidy always talks about those timely saves, he sure made them tonight (outside of that Slavin goal). Finished the night with 25 saves, his first playoff win.

- The Hurricanes opted to stick with Pyotr Kotchetkov, they said Antti Raanta probably could have started but opted to give him another day. Wouldn't be surprised to see Raanta in Game 4 on Sunday afternoon.

It was a great night to win a hockey game. Series back on. See you Sunday.