Back at the old office in 2018 (RIP the daily craziness of HQ2), the opposite of a love connection happened between me and Tommy Smokes. Somehow it started off playfully and ended up in a full blown rivalry. To this day I still don't remember how it started.

I'm usually not one to assault people in the office (hi, Brandon Walker), but I guess this slap was heard round the office and I was getting many private text from my male coworkers that looked similar to this. 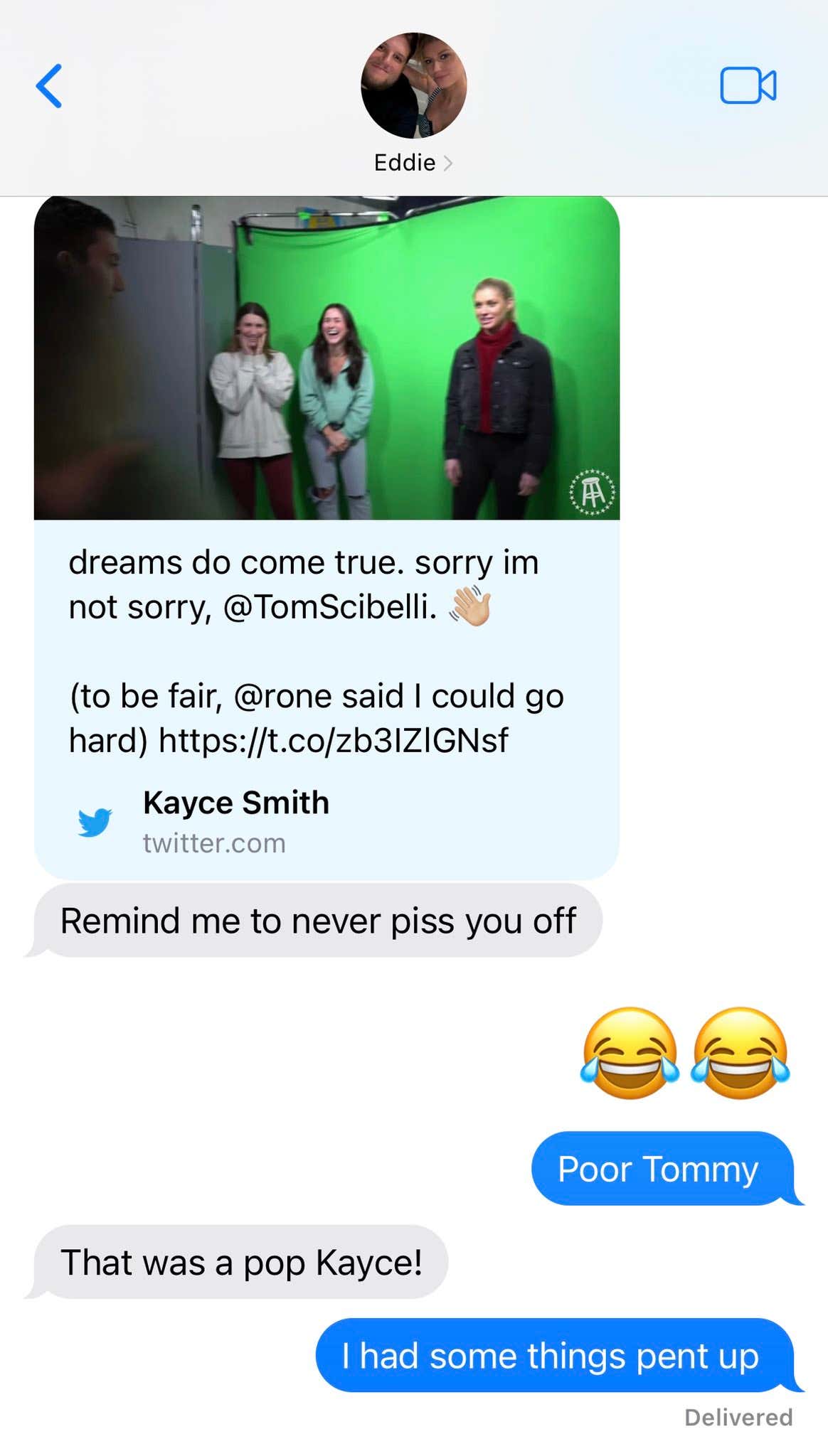 (I would NEVER slap Eddie. He's a gentleman.)

But back to Tommy. To be fair, the great beef of 2018 is LONG gone. That's basically a decade in Barstool years. Tommy and I are on great terms (unless you ask me who should've won Surviving Barstool in 2021, but don't bring that up, please).

Howeverrrr, when Rone came up to my desk on a lovely Tuesday and asked if I would participate in slapping Tommy on camera, how the fuck could I say no?!

I used a bit of creative visualization. Sorry you caught some shrapnel, Tommy mixed with the facts. I channeled how I felt walking into the old office, knowing that Tommy was going to piss me off daily AND all the boys would be egging it on.

The beef has been quite a ride. I'm sure if I look back, Gaz probably had a lot to do with it. But the pot stirrer himself is great at what he does. Who can blame him. I fed into it. Hard.

Like when I said, and i quote, the "meanest thing ever said on KFC Radio."

Or Tommy thought he could mansplain football to me on the college football show almost every single week. 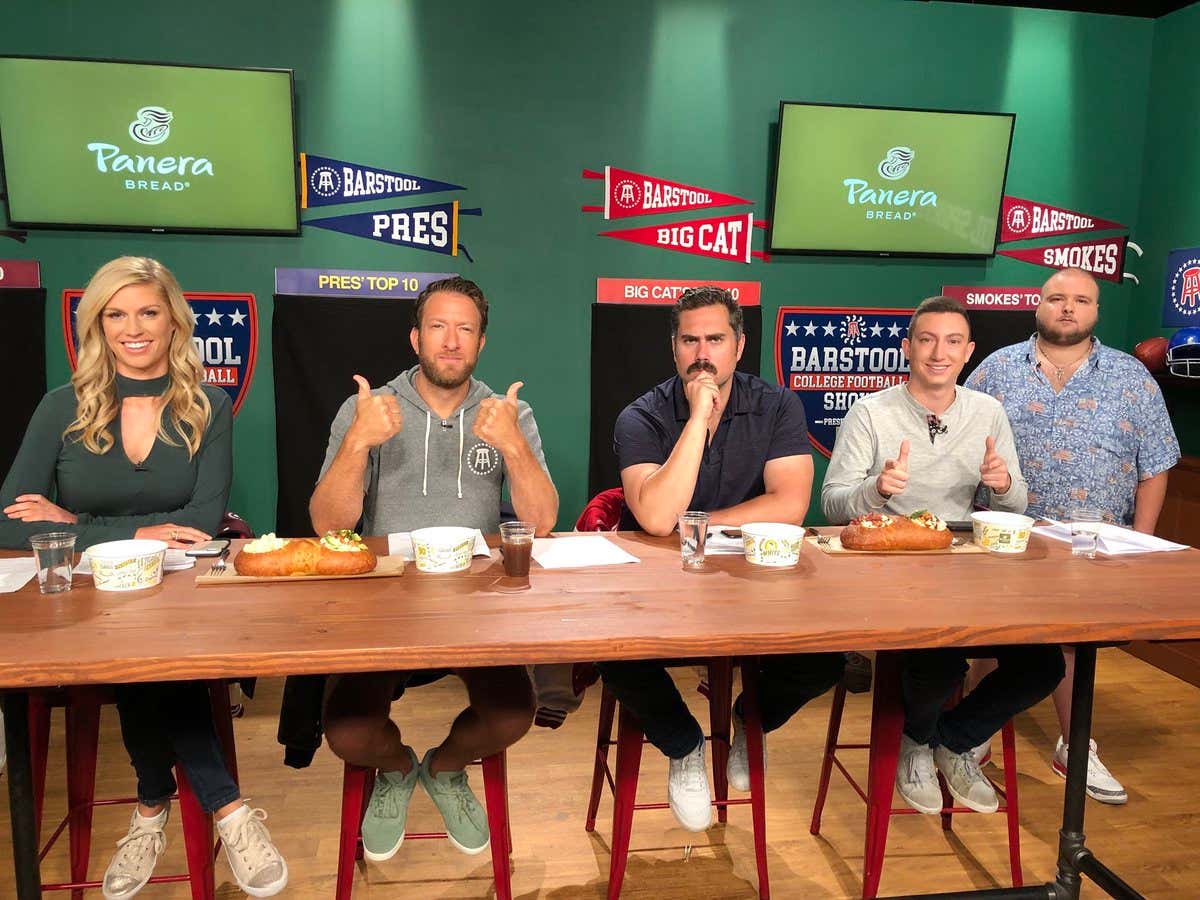 With all due respect, how the FUCK did he end up on that show anyway?!?

Luckily, Blake Griffin publicly iced the fuck out of him in Ann Arbor for our first ever live show and Dan and Dave never let him live it down. +1 Kayce

…and I in return pointed out the is was (he aged out) of being Reek to Dave's Ramsey Bolton. (photo evidence included)

Whatever. Water under the bridge, and right across that face.

Needless to say, I enjoyed that slap. And I personally think Tommy did too. ;)