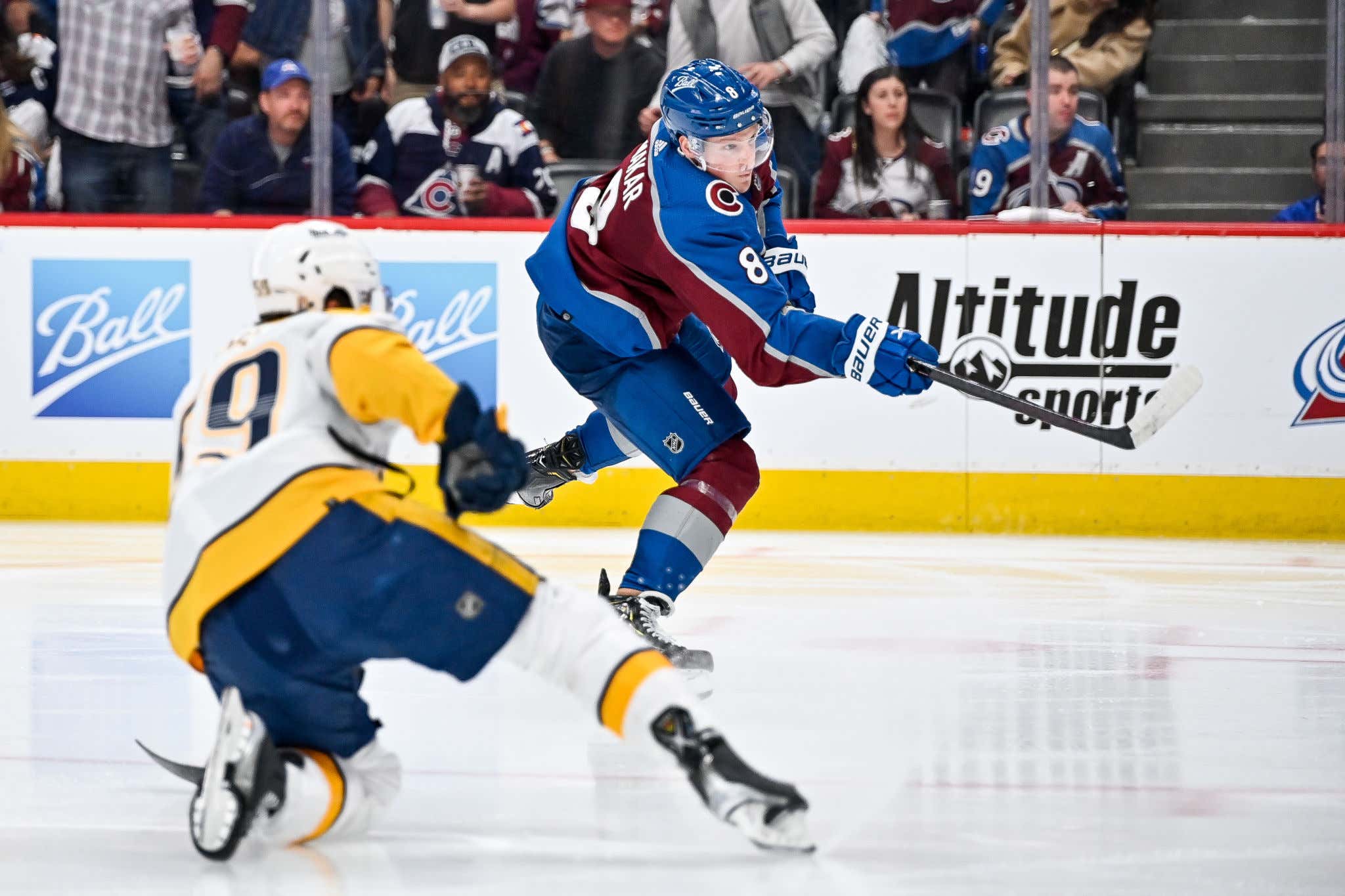 According to the US Census Bureau, the projected world population is 7,868,872,451. That's a lot of people all crammed onto the spinning rock! But that means that 7,868,872,450 people all woke up this morning and are still not as good at playing the game of hockey as Cale Makar. 7.8 BILLION people in the world and Cale Makar is better than all of them.

It might have been his 12th shot of the night but it was also the last shot that anyone would take in the game. 3 points in the 1st period of game 1? Cale never fails. Overtime dagger in game 2? Cale never fails. Probably another 7 points while leading the Avs to sweep the Predators in Nashville over the next two games? Cale never fails.

He's a man on a mission to end this NHL season as quickly as possible. No time for pussyfooting around here. Just a good ol' boy from Alberta who wants to get back home to chorin'. Probably wants to be back on the farm by the 2nd weekend in June. 14 more games should do the trick.