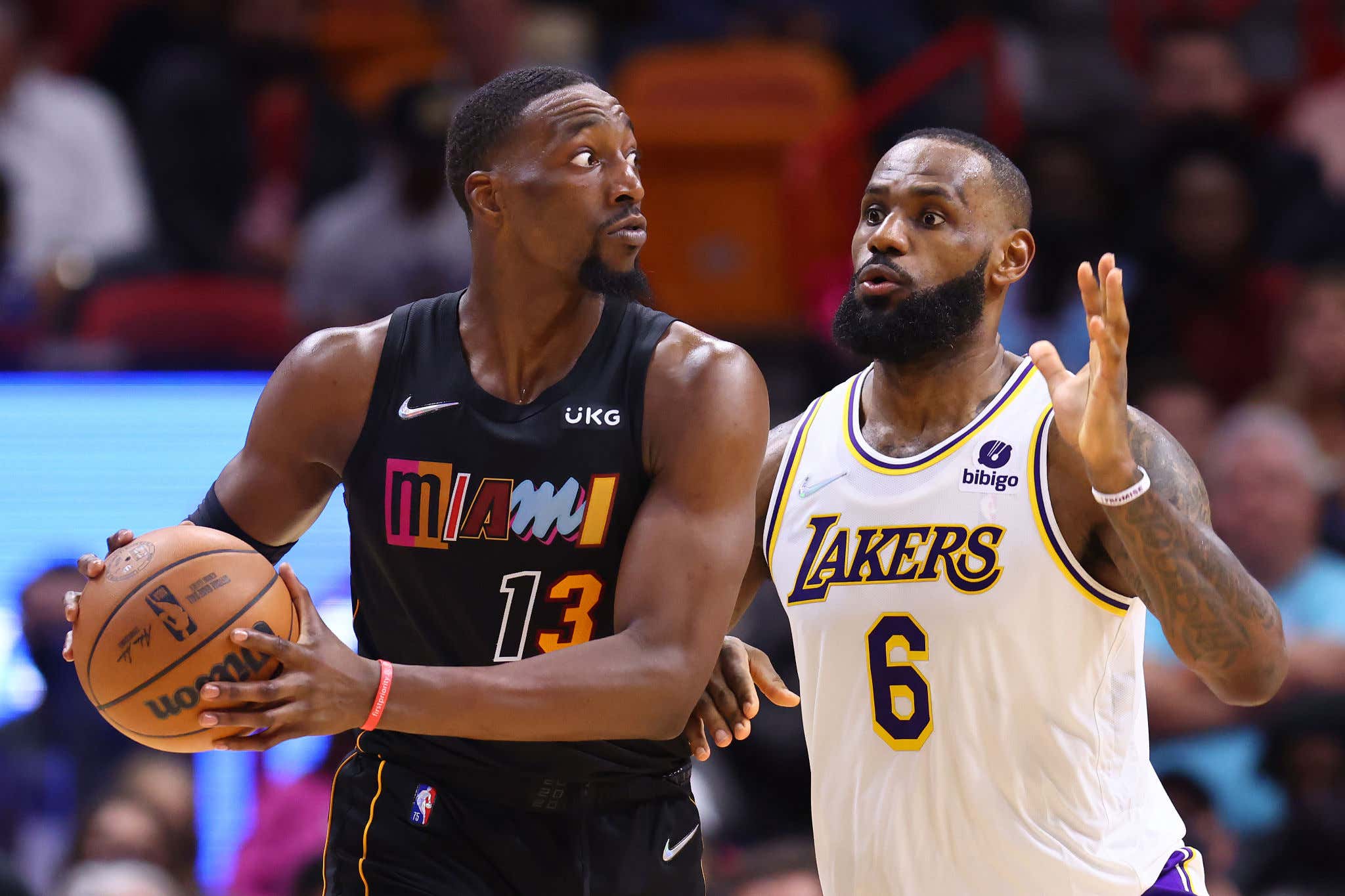 Honest question, what year is this? Did I wake up this morning and time travel? Is it 2010? If so, does this mean Kendrick Perkins hasn't torn his ACL yet and the Celts are healthy for the Finals? You see I'm a little confused right now after hearing Stephen A's plan to fix the Lakers. Why anyone would want to fix that franchise is beyond me, but people do. Which brings me to Stephen A's idea

This my friends, is why Stephen A is the best in the business. It's why he makes a shit ton of money. Those are ideas and analysis you wont find anywhere else on the planet, mostly because you'd have to be high as hell to even suggest it. We all know how good LeBron was at age 37, ESPN made sure to constantly remind us despite the Lakers never actually winning anything. But let's just take a second and think about what this plan entails. In Stephen A's world, these franchise will be willing to give up their franchise players, who are mostly all young and not even in their primes yet, to the Los Angeles Lakers of all teams for an aging LeBron James who has what, 3ish years max left? A guy that finally at his age is showing signs of being human in terms of health?

To truly understand how ridiculous these ideas are, let's go by team

The vibes in CLE are incredible right now. Sure they sort of choked away their playoff spot but injuries are more to do with that than anything else. They were way ahead of schedule this year in terms of their rebuild and they are loaded with young talent that will only be getting better. Guys like Darius Garland, Collin Sexton, Jarrett Allen, Lauri Markkanen, Evan Mobley, Isaac Okoro etc have shown that they are worthy of being your future. You're going to gut that roster to what, have LeBron come back and play for the 3rd time?

Even with this being his hometown, I bet Cavs fans don't even want that. They've turned the page. Thanks for 2016 and all, but this is now the Darius Garland era. If you could do it for like Sexton/Lauri? Maybe then you entertain it but why would the Lakers do that. If LeBron wants to come back to CLE he can just tell Adam Silver to rig shit so they are able to draft his son and then he can sign on a vet minimum deal or something. After all the progress the Cavs have made with this rebuild and how good their future looks, they would have to be out of their minds to entertain this idea.

Again, is this 2010? The Miami Heat, you know, the team that is currently up 2-0 on the Sixers and are knocking on the door of another ECF appearance all without having their starting point guard active, is going to give the Lakers…..Bam and Herro for LeBron?

May I ask why?

The Heat finished the year with the best record in the East. They've had deep playoff success even without LeBron. For a guy that plays no defense, how exactly would trading Bam for LeBron make the Heat better? You do that to what, pair LeBron with Jimmy Butler? OK maybe I want that to happen because the drama there would be incredible, but this is not 2010. The Heat do not have a need for LeBron this time around, especially when you factor in what it costs to get him.

OK, this one has some legs I guess. We all know Danny Ainge is about to smash that rebuild button, but my gut tells me that involves Rudy Gobert before Donovan Mitchell. At the same time, can we see someone like Ainge be willing to help out the Lakers? That feels like a stretch.

But of all the teams listed, at least I could see the path to something like this given that we know the Jazz are about to blow it up. Seeing LeBron have to go to the Jazz after this

would be very funny. Unfortunately, I think Adam Silver would pull a David Stern and veto that trade. No chance he allows LeBron to go to Utah. Zero. I don't care if both sides want to do the deal, Silver is no dummy.

If the Blazers were going to trade their 31 year old franchise point guard, someone who is as loyal as they come and has vowed to never leave, you would think it would be for a player that could be their future. For a team that is rebuilding, what good would a 37 year old LeBron be to the Blazers? I get why the Lakers would want this, especially if they can find a trade partner for Westbrook, but then again who the hell wants that guy.

Imagine that roster though? LeBron might boycott the entire season (no disrespect). It feels a little crazy to me that the Blazers would hold off on trading Dame for actual young talent for so long, just to eventually trade him to the Lakers for an old as shit LeBron James. That new GM should be fired on the spot for that.

Here's the problem with trying to trade LeBron. You're not going to be able to convince pretty much any team to give up their best players for a guy who has 1 guaranteed year left on his contract. The production is still elite, but all of these star players mentioned above are signed to long term deals. We know LeBron is going on a year by year basis until his son gets drafted and then he's going to just go to that team, so why would anyone trade for LeBron right now? I get that there will always be a dumb team out there, like maybe the Kings would be stupid and trade De'Aaron Fox for LeBron or some shit, but they already made their stupid point guard trade this season so I'm not even sure that would happen. If you're a good team with great culture and you play a great style of basketball, why on earth would you ruin all that for one year of LeBron?

He wanted to go to LA, he wanted to be the GM and build the roster and it completely backfired. Now his team stinks and has no picks and no ways of getting better. Something tells me opposing GMs aren't lining up to save the Lakers by giving them all their best players and taking on everything that comes with LeBron being on your team. He's not a role player. You have to change everything about how you play when LeBron is involved, and to me that's in no way worth it.

Other than that, great ideas by Stephen A. The man sure does know ball.