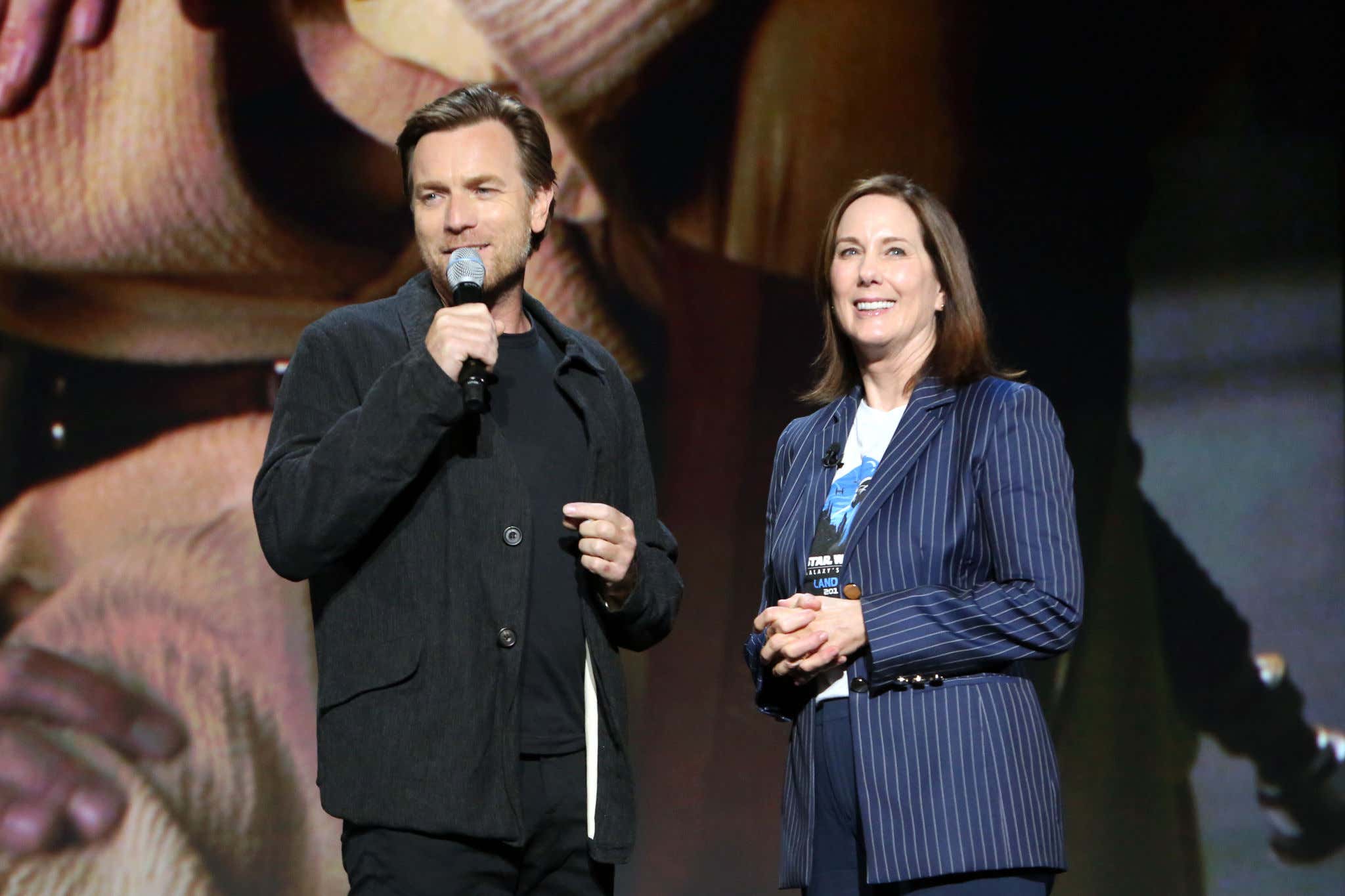 Happy May The 4th Be With You! This is basically a national holiday for Star Wars fans, and Lucasfilm/Disney+ wasn’t about to let it pass without giving us a liiiiittle more footage from the upcoming six-episode Obi-Wan Kenobi limited series starring Ewan McGregor in the eponymous role.

You know when trailers reveal too much? However you feel about the Disney+ Star Wars era, you can at least give their marketing department, cast and crew a lot of credit for not spoiling SO MANY big surprises. Yeah, the leaks about Temuera Morrison returning as Boba Fett and Rosario Dawson being cast as Ahsoka Tano came out before The Mandalorian Season 2, but other than casting news, key plot points and mind-blowing character reveals have been under wraps.

Ewan looks fantastic as a weathered, world-weary Kenobi who’s resigned to defeat post-Order 66 and is watching over Luke Skywalker, who he’ll someday train to save the galaxy and restore the Jedi Order.

My favorite exchange in the entire trailer is between Obi-Wan and Owen Lars:

Obi-Wan: When the time comes, he must be trained!

SHEEEEEEEESH what a burn. ZERO chill from Uncle Owen! Joel Edgerton is also low-key nailing the gravelly vocal inflections of OG actor Phil Brown. I could not be more impressed and it deserves a special shout-out.

So much more makes Wednesday’s trailer for the Obi-Wan show even more exciting, though — and it’s almost more about what isn’t there than what is. We get a couple quick shots of Darth Vader — er, pieces of him — and it’s an admirable display of restraint to not show him in action at all.

The dark side characters we’ve gotten the clearest glimpses at so far are the Inquisitors, with Rupert Friend playing the Grand Inquisitor and Moses Ingram being prominently featured as a brand-new character named Reva / The Third Sister. I know they had to tease fans with something or else there wouldn’t be anything to put in these trailers, but the fact that they’ve already revealed The Grand Inquisitor himself is a big deal.

If you don’t know who the Inquisitors are — I personally prefer to call them THE INQUISITORIOUS because that just sounds badass — I HIGHLY recommend you watch Star Wars Rebels before the Obi-Wan series drops. It gives you some key background information on the Force-sensitive dark siders who hunt the remaining Jedi. What's cool about Obi-Wan Kenobi is we'll see these Inquisitors in a much earlier incarnation, as the new show takes place 10 years after Revenge of the Sith, whereas Rebels is set not long before A New Hope.

Animated Star Wars has given us some of the best content from the blockbuster IP in recent years. The Clone Wars animated TV show, in fact, fleshes out Anakin Skywalker’s arc so much more than the three prequel films. Hayden Christensen spoke to Entertainment Weekly about how he binged that series and Rebels in preparing to return to the role of Anakin/Darth Vader for Obi-Wan Kenobi. If you’re saying, “Oh those are KID shows. Animation!? What a JOKE!” well, I don't know what to tell you except for what Hayden Christensen himself said about Star Wars: The Clone Wars and Rebels:

"They did a lot with these characters in those shows. And they did further explore the relationship. There was interesting stuff there to learn about. It was great fun getting to go back and re-immerse yourself in this world that just continues to grow and become more and more vast."

Does this mean we're gonna get Clone Wars-era flashbacks featuring Hayden and Ewan as prime Anakin and Obi? I'm not gonna get my hopes up, but I'm thinking there's a chance! Whether you're on board with the animated stuff or not, I'm sure director Deborah Chow, writer Joby Harold and the creative minds behind this long-awaited return of Obi-Wan will fill you in plenty on who the Inquisitors are.

Darth Vader is likely to loom as Obi-Wan Kenobi's central (or at least overarching) villain given how personal his conflict is with the protagonist. However, also remember that Emperor Sheev Palpatine is EXTREMELY active during this time. Ian McDiarmid has gently teased that he may appear. I think it’d be a missed opportunity if he doesn’t, especially after the polarizing reception to his largely-unexplained return in The Rise of Skywalker.

A whole new audience is getting introduced to the Inquisitors. Christensen is getting a shot at redemption in the iconic Vader role after being given some clunky-ass prequel dialogue/direction. One of the obvious bright spots of that prequel era, McGregor's Obi, is BACK. We have a confirmed young Luke Skywalker sighting! And we might get more Papa Palpatine and perhaps a young Leia Organa! I don't think anyone is ready for how lit this show is going to be. GET HYPED FOR MAY 27TH's TWO-EPISODE PREMIERE!!!