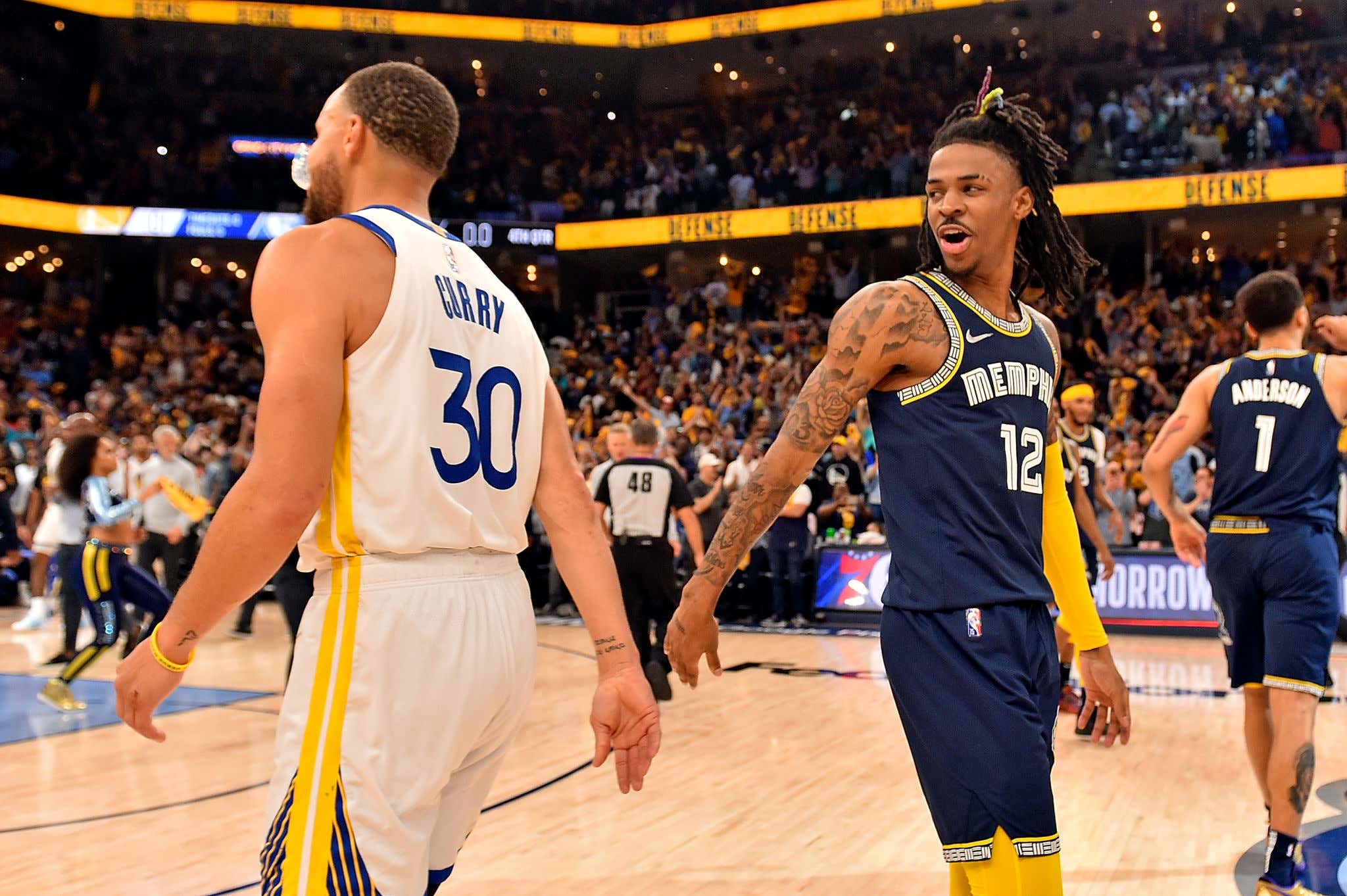 For good reason, there was a lot of talk about Ja's incredible performance to close out a much needed home win in Game 2 with the Grizzlies season on the line.

it's a pretty big deal.

But for me, the most interesting part of this series happened after the clock hit 0.0. It takes a VERY BRAVE individual to talk any sort of shit to Steph Curry of all people. I'd say that's something you want to avoid doing because the last person you should want to motivate or make angry is Steph Curry. It's not like Morant said anything crazy, but in this situation, I wouldn't want to say a goddamn word. Just go back and celebrate with your teammates and move on to Game 3.

At the same time, this is what makes Morant so much fun and the Grizzlies so good. They are not afraid of anyone. They want the smoke and are very open about that. It doesn't matter to them who they play or where they play. It doesn't matter if they have Morant or don't have Morant. This level of confidence is in their DNA and it starts at the top with Morant. I love guys who can talk shit and then back it up on the court.

He's right too, this series is going to be fun. Shit, every playoff game the Grizzlies seem to play ends up being wildly entertaining. Moving to now a Best of 5 series with this caliber of talent is what makes the playoffs so awesome. Winning in the Bay won't be easy, but I'll remind you the Grizzlies have already one it this season. All they need is one game anyway. That's a tough building to play in for sure, but let's not pretend like the Grizzlies don't have the talent to thrive in tough situations or tough environments. They've proven to be capable of that stuff all year long.

But as the Wolves learned, sometimes chirping can go wrong. Directing that chirping to a player of Steph's caliber is playing with fire because he can end your life without breaking a sweat. Love the confidence from Ja and hope he never changes, but as someone who wants this series to go 7 games, I just hope we don't look back at that moment as a gigantic mistake.