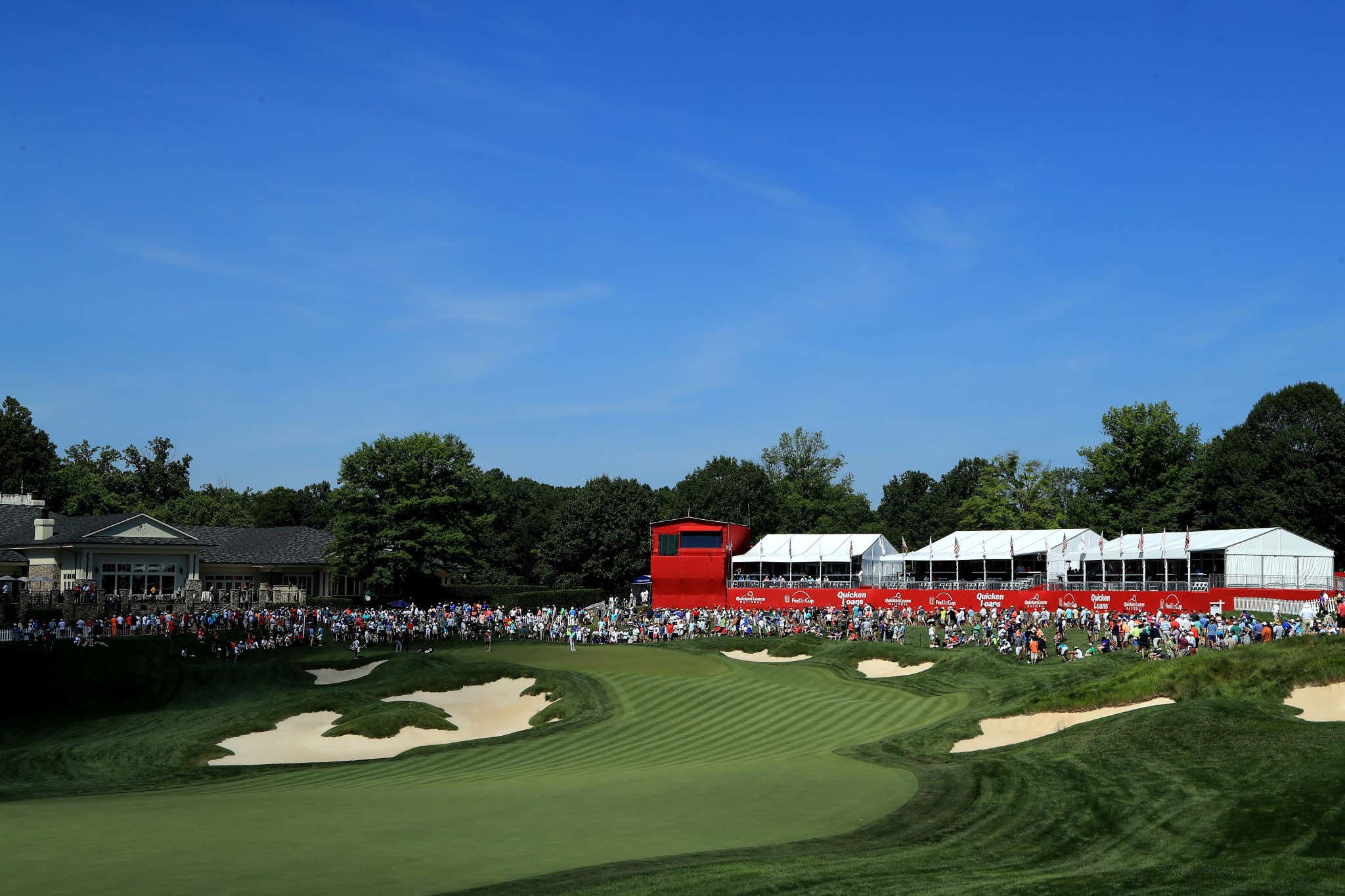 Welcome to DC, host of this year's Wells Fargo Championship. This is as close as the Tour is gonna get to ya boy all year, so I'm fired up to watch the world's best this week.

Typically this event is played at Quail Hollow down in the Charlotte area. That course is hosting the President's Cup this year, so they've shifted this event up to Moco, MD at TPC Potomac at Avenel Farm.

This venue hosted Tiger's tournament (the Quicken Loans National) before he moved on to host the Genesis at Riviera. Without Tiger and his military-focused charitable efforts, Quicken Loans/Rocket Mortgage picked up their balls and went home to Detroit to start the Rocket Mortgage Open there. So this area has been left event-less since 2018 (save for the BMW up in Baltimore last summer). We're excited to have it in the DMV.

With that said, last year Rory McIlroy came away the winner, as I had predicted. It was his 3rd win at the Wells Fargo, all of them coming at Quail Hollow. Gotta be disappointing for him not to be playing at his favorite course this year. More on him in a bit.

Here's last year's leaderboard and recent winners, along with leaderboards and info from when the PGA Tour last came to TPC Potomac. 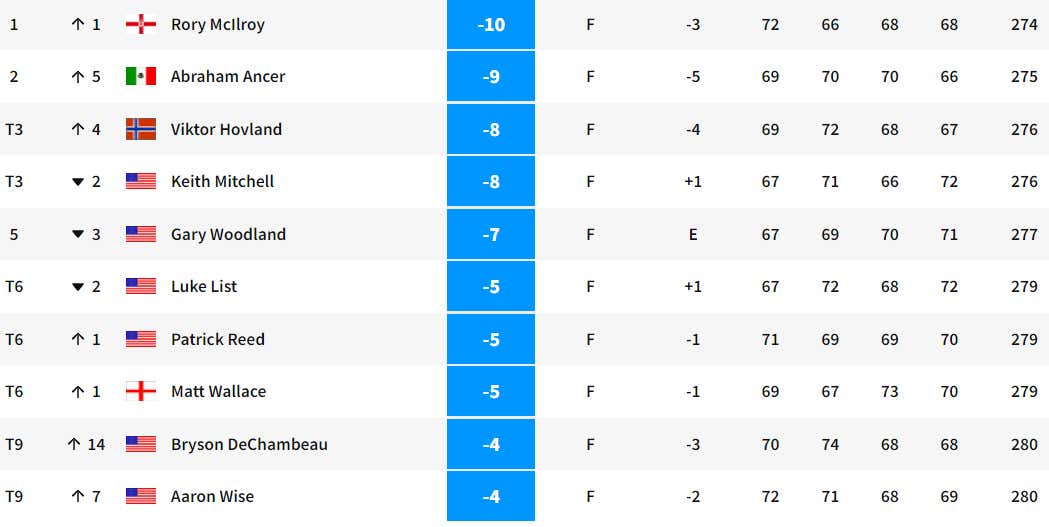 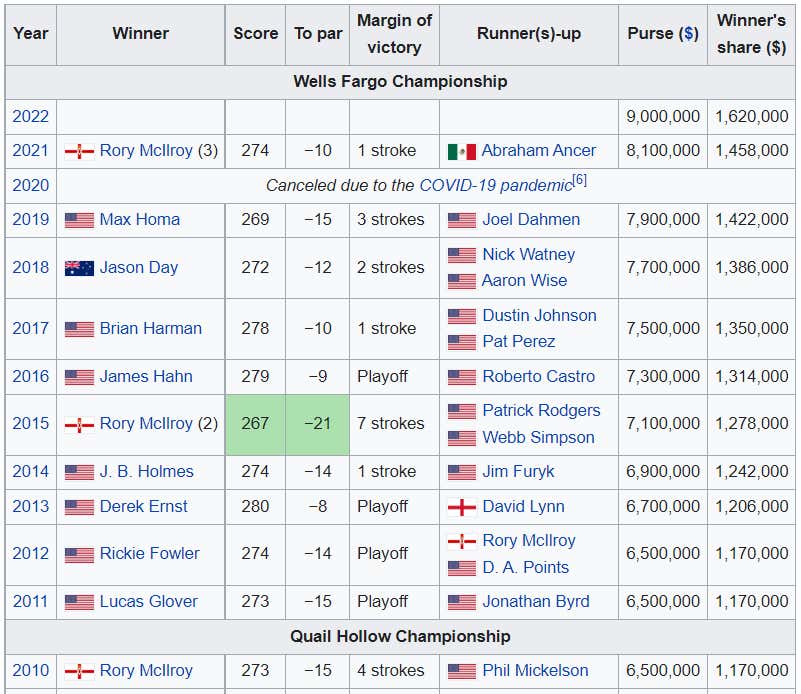 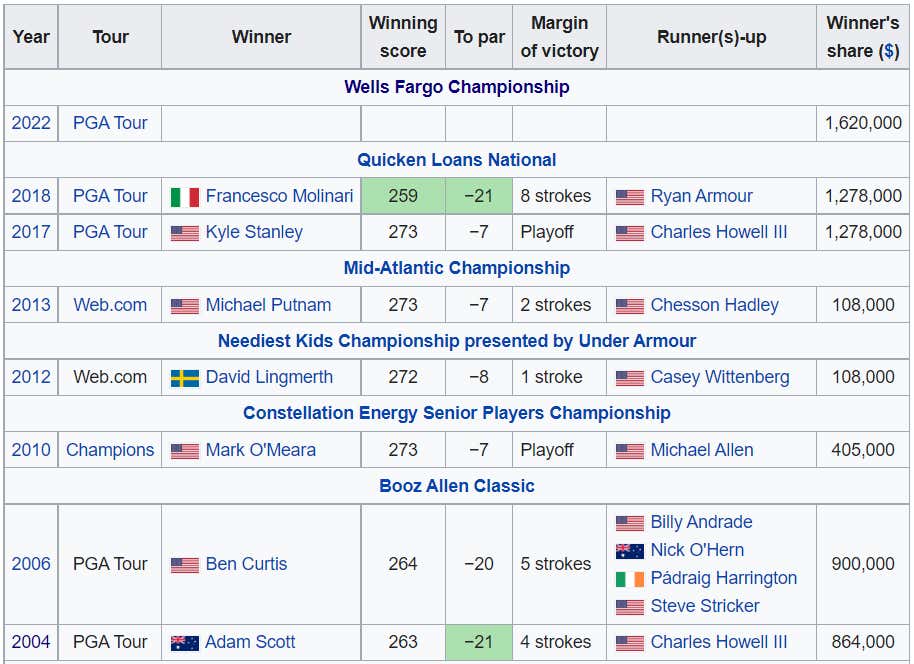 TPC Potomac is a par 70 measuring close to 7,200 yards. It was built in 1986 and hosted the Kemper Open for numerous years, but was often criticized for poor drainage leading to less than ideal conditions. This prompted a re-design in 2007 that changed numerous holes and gave us the course we have today.

It tends to play pretty tough. Don't let that -21 figure by Molinari in 2018 fool you. That was during that stretch where Frankie was unconscious, winning the Open and dominating the Ryder Cup before Augusta National eventually took his soul. The cut line here was over par in both years the Quicken Loans was played at Avenel. This course requires a ton of precision off the tee - there's little to no forgiveness once you're in the trees. This is typical of courses here. I grew up playing the public tracks nearby and the spray and pray approach off the tee that a young (and adult) Banks employs is not a good one. Trust me.

With only 2 par 5's (and one of them being an absolute beast at close to 640 yards this week), this course does not favor the long hitter. It's more or less target golf. Hitting from the fairway on approaches is key as these are some of the smallest greens on tour. You see the 2 winners and 2 runners-up in Molinari and Armour (2018) and Stanley and CHIII (2017) and the word "ball-striker" immediately comes to mind. Those are the guys to target. 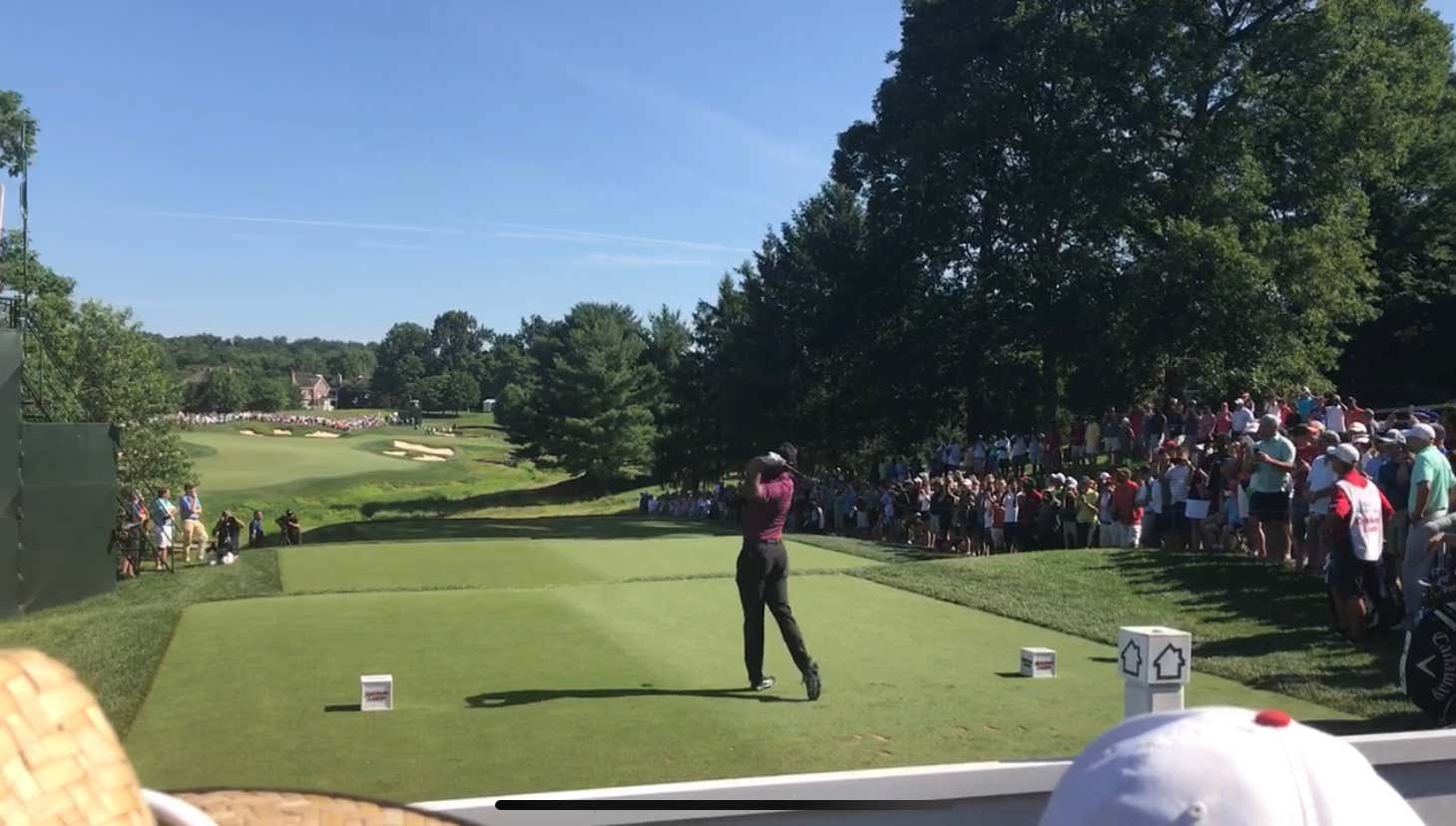 photo courtesy of me tracking Tiger in 2018

I walked TPC Potomac with Tiger back in 2018 and this tee shot was my favorite vantage point of the day. Short, potentially drivable par 4, downhill dogleg right. Many guys will lay up, but a few will give it a go. Brandon Mathews is likely to be one of them. Korn Ferry guy in the field that hits extremely Phil voice ABSOLUTE BAHMBS.

If you're going this week, it's pretty far from the clubhouse, but you get a great vantage point from the top of the hill of tee shots coming into the 12th below and the tee shots off 13. 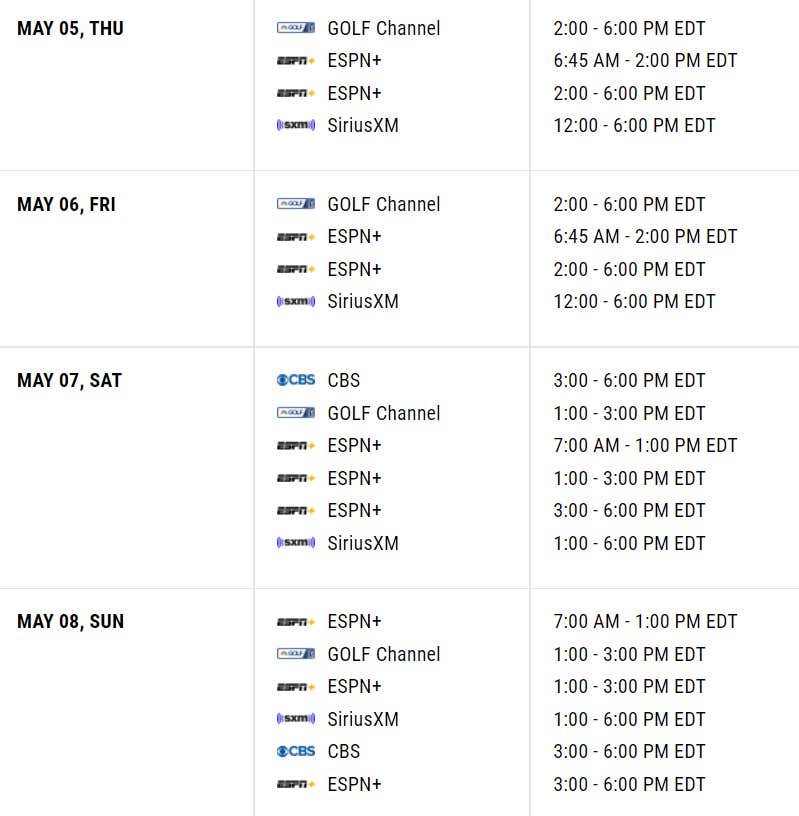 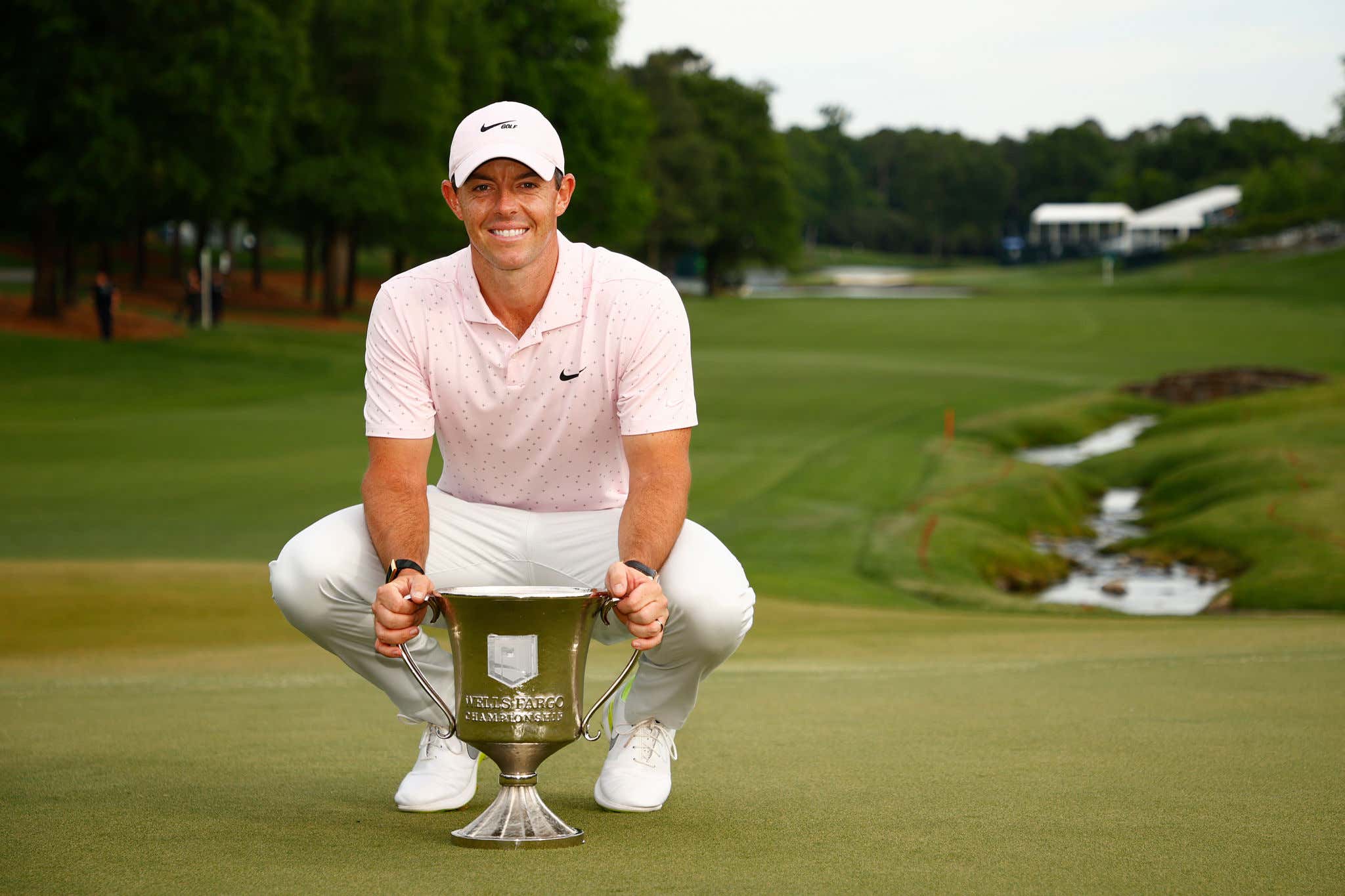 This is as simple as it gets. The steel almost looks dull, as if the trophy has a lot of age. It really doesn't though? This trophy isn't worthy of many of my words. This is a 3/10.

Give me the Quicken Loans trophy over this any day of the week. #RIPIP 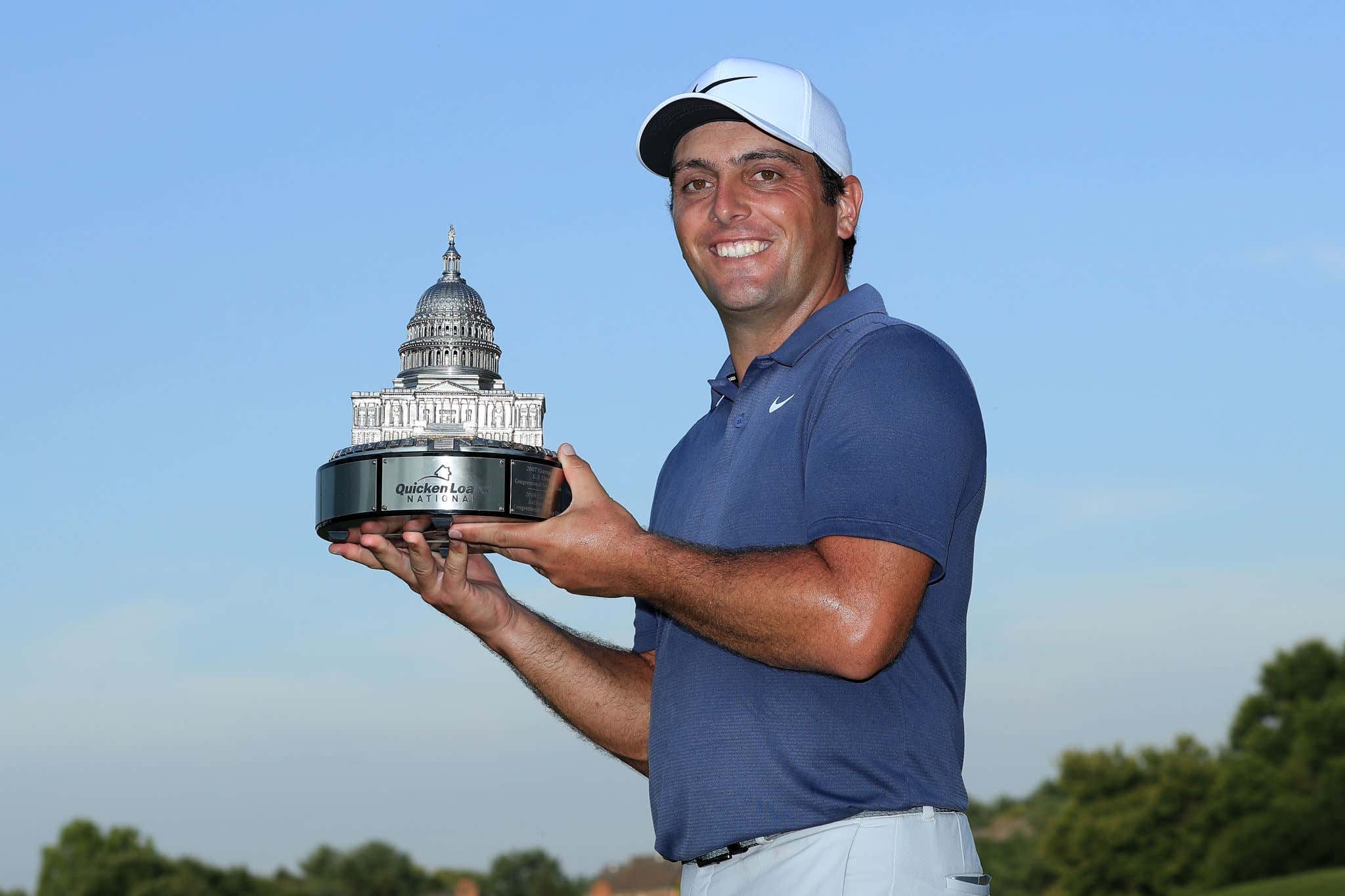 Defending and 3x champion Rory McIlroy is a strong favorite here at +800 at the Barstool Sportsbook. All 3 of those wins were at Quail Hollow… and this ain't Quail Hollow, which is around 7,600 yards and favors his high draw on numerous holes. So you can find me fading Rory this week.

Corey Conners is next up at +1800 and much better fits the mold. I know that price has been shortening as the week has progressed as numerous experts have picked the Canadian to win. I'll be sprinkling that, as you see below.

My official pick though, is Abraham Ancer +3000. He was actually tied with Molinari in 2018 here going into that final round, but faltered with a +2 72. He's far more experienced now and has since gotten that elusive first win under his belt. He's a ball-striker through and through and I like his number at +3000. Abe it is.

Webb Simpson To Win +4500/Top American +3300 - Anything under 7,200 yards, Webb is gonna have a chance. Another guy who's number has been shortening throughout the week.

Ryan Armour Top American +8000 - Good performance here 4 years ago is enough to have me take a flyer.

Denny McCarthy To Win +9000 - Hometown kid from MoCo MD who has come close but hasn't gotten a PGA Tour W yet. Made 13 of his last 14 cuts. This could be the one.

Morgan Hoffmann Top 20 +1400 - His 2nd medical exemption start and needs to make something happen. I just wanna root for this guy.

That's what I got. Hopefully see you all out there. And of course, if you know a way to get on TPC Potomac, the DM's are open. No shame about it.