Just as the last story/joke/meme about Will Smith left the internet, Dave Chappelle got attacked/speared by some mamaluke in LA to bubble everything back up. I honestly don't even know what to call the move that idiot did in the 2 second snippet we saw. But whatever it was didn't pack nearly enough punch to take down its target. Maybe Chappelle Era Dave Chappelle goes down in a heap. However modern day Chappelle has some meat and muscle on his bones while allowed him to shrug off that weak ass arm tackle like Derrick Henry.

The difference between slapping Chris Rock at the Oscars and Dave Chappelle at a comedy show? There is an entire team of security waiting backstage that will stomp your ass like Eddie and Charlie Murphy did to habitual line stepper Rick James.

Followed by a Hall of Fame comedian just waiting to get jokes off on your broken down ass.

Along with Chris fucking Rock doing the same since he just happened to be there.

Unreal. Either the simulation is broken or the "War on Comedy" truly has gone from outraged people bringing the heat with their Twitter fingers to bringing it with fists of fury on stage.

However, before anybody thinks of doing the same to whatever comedian they don't like or agree with, please realize that you may end up just as broken as the aforementioned simulation after security turns your arm into a question mark (video not for the squeamish). 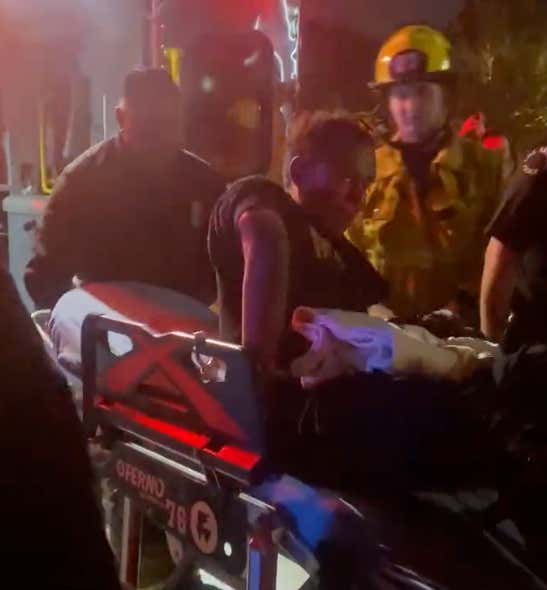