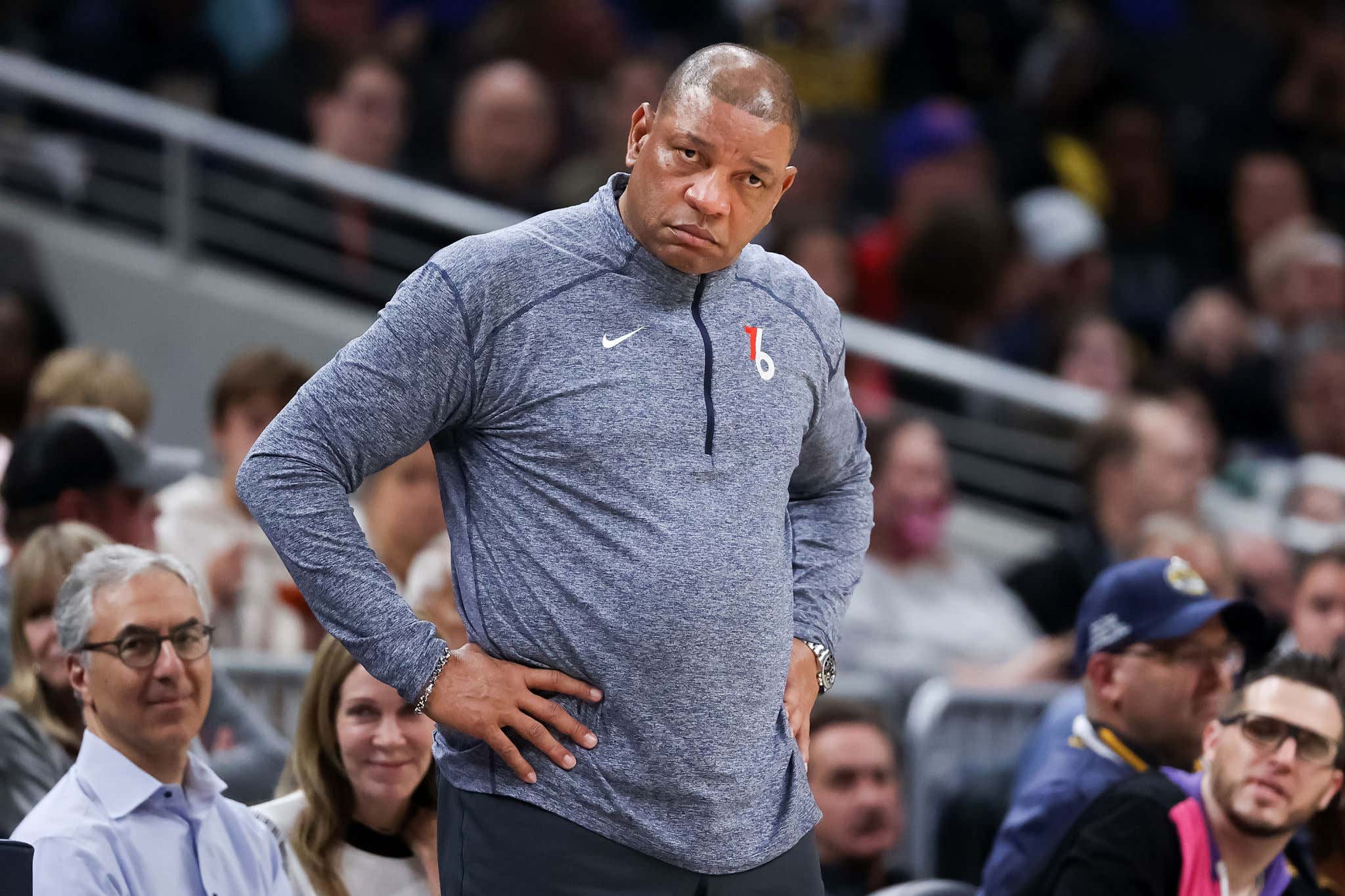 Listen, I'm not going to clown the Sixers for getting down by as much as 21 points to the Heat last night in their Game 1 loss. They don't have Joel Embiid. At this point, their goal is to find a way to split, and as of now that is technically still possible. I think if you take away a player of Embiid's importance from any other contender, those teams will struggle a little bit as well. Look at what happened with the Suns when they didn't have Booker or the Mavs without Luka. Beating good teams on the road without your best player is extremely difficult this time of year.

To pull that off, you need your remaining best players to overachieve a little bit. You need them to play above their weight if you want to steal a game on the road. Unfortunately, James Harden only had 16 points, including just 4 points in the entire second half while shooting just 5-13. He does not look like the same guy at all, and on a night where the Sixers needed him to be vintage Harden, he was anything but. Crazy that he has that team backed into a corner to the point where they are probably going to give this version of Harden $200M. Tyrese Maxey was OK, he sparked a little bit of a run in that second quarter to give the Sixers a slight lead at the break, but he finished just 6-15. Really the only Sixer who stepped up surprisingly was Tobias Harris. He's actually earning his contract this postseason so credit it him.

In addition to players stepping up, there's also one huge factor when trying to pull off an upset. Your head coach cannot make extremely stupid decisions. Unfortunately, that is not something Doc is capable of doing. This man started DeAndre Jordan in the year 2022 and then played him 17 minutes. You may be thinking, "big deal, that's not that long!" and while that might be true, in the case of this game it was far too long. Jordan was a -22 in his 17 minutes and was easily the worst player on the court. It was very clear that when the Sixers used a smaller/quicker lineup to better match up with the Heat, they looked much better. Instead, Doc stayed the course

Now I know you want to blame Doc for this, but you can't. Why? Because it wasn't his idea! He had no choice! The man who was quick to tell us all last week that he's always going to take responsibility first, once again did the exact opposite

I am all for collaboration within an NBA locker room. We see that be a successful strategy all across the league. At the same time, if your players are telling you they want MORE DeAndre Jordan, I feel like it is your obligation as a basketball coach to remind them that they are morons and that is a horrible idea. You see here, Doc's hands were tied. His players not only wanted Jordan to start, they actually wanted MORE Jordan during halftime despite Jordan being a team worst -12 in his 4:22 first half minutes. I get that Paul Reed is an inexperienced big man who fouls a shit ton and without Embiid it's not like the Sixers have much big man depth. I get all that. I also know you can play small against the Heat and be OK. How bad was that starting lineup Doc was forced to play in this game?

Their best lineup, the one that actually got the Sixers back into the game, was when they went small. The Harden/Maxey/Green/Harris/Niang lineup had a +49.2 net rating in their 7 minutes together which was the 2nd most used lineup. What I don't really get is how no one on the Sixers staff reminded Doc that he is playing the worst player in the NBA for no reason. Dave Joerger is a smart dude and experienced coach. Even he has to see what the entire world sees even if Doc is too stubborn to admit he was wrong.

I think that's the biggest issue here. Doc can't admit he fucked up. Just like he couldn't admit he has a 3-1 problem. If you remember, during that whole rant last week he was quick to once again blame his players, saying his roster in Orlando sucked despite the fact that TMac had just won a scoring title. Last night it was the same thing. Playing Jordan was actually the other Sixers player's idea. I cannot imagine they were all begging Doc to play Jordan more at the break given how bad he was in the first half, yet he played the most of any big man in the second half with 12:55 of floor time. The Sixers shot just 38/17% over the final two quarters and gave up 56 points while also losing the rebounding battle. It wasn't until they got down 20 that Doc actually played that small lineup again, which seems odd.

Part of me thinks Morey shares some responsibility here. He's the one that hired Doc. He's the one that traded for Harden and as a result had to give up Andre Drummond who is a much better back up big man option. There's no way a guy who had his sights set on winning a title this year can allow Doc to do shit like this. He has to put his foot down and forbid Doc from playing Jordan the rest of this series. The Sixers just showed they could be competitive against the Heat even with Harden not exactly being a stud. To willingly shoot yourself in the foot just because you're being a stubborn asshole about DeAndre Jordan is very weird. Coaches make adjustments all the time in the playoffs when things clearly are not working. What sense does it make to double down on the DeAndre Jordan experience?

Like I said, the goal of these first two games for the Sixers is to split. That's on the table and who knows maybe Embiid is back for Games 3 & 4 and everything is fine. But if they change nothing and fall down 0-2, it may not even matter when Embiid comes back. Maybe Doc was just trying to protect his player and give him confidence while deep down he knows the Jordan experience is over. At least that's what I'd be hoping for if I rooted for this team.