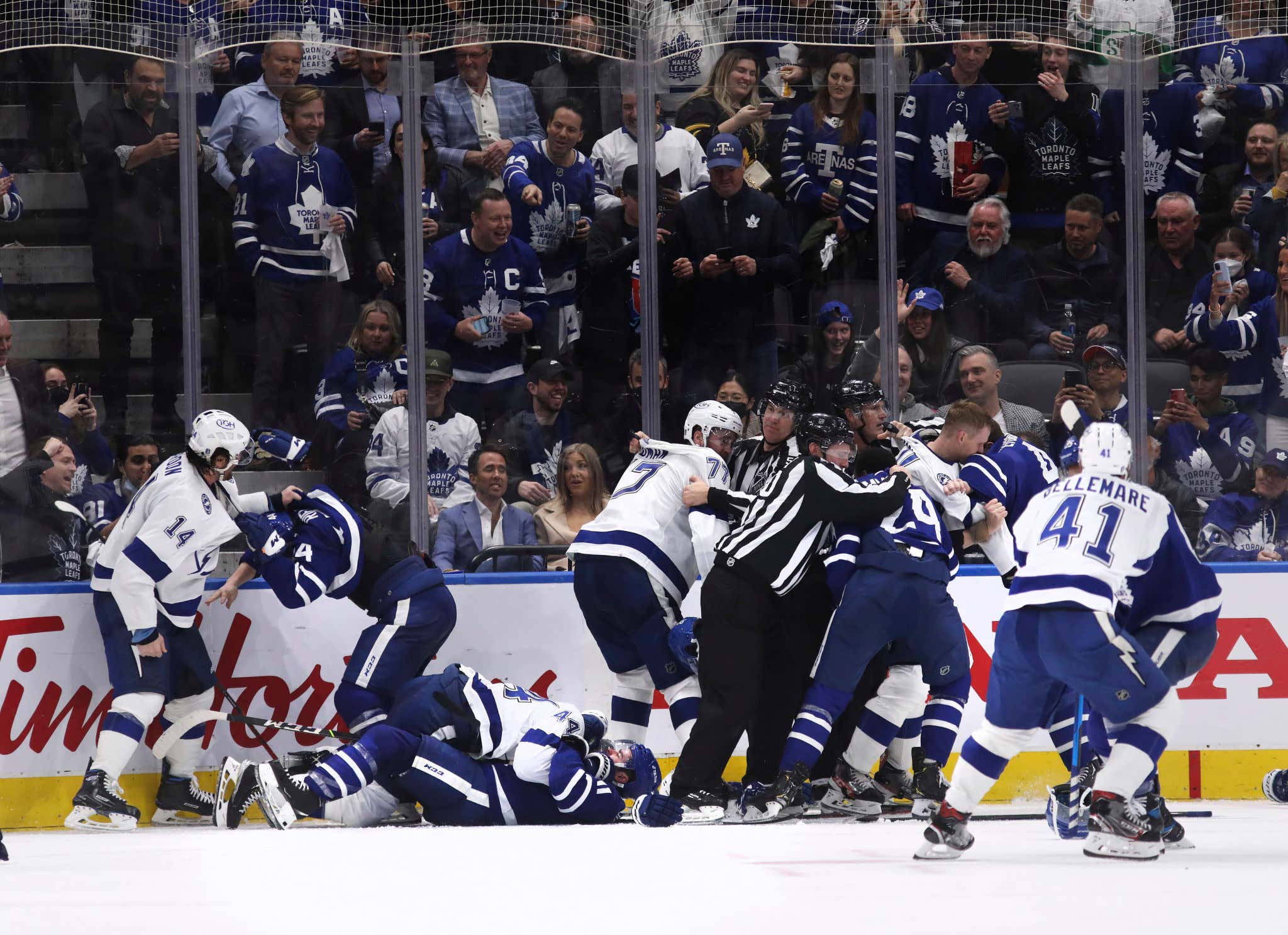 Unfortunately, some cuts to commercial and the reluctance for major channels to carry fight footage make it difficult to discern who started what. From what can be pieced together, Maple Leafs forward Wayne Simmonds decided to go after Lightning defenseman Victor Hedman, which instigated an all-out BATTLE ROYALE between Tampa Bay and Toronto.

You can see Corey Perry jump in once Simmonds goes after Hedman, which, not sure why he would've done that but I digress. Patrick Maroon had a clear mismatch as he wailed on the Leafs' Morgan Rielly, who was doing his best to hold on for dear life but was getting absolutely pummeled away from the officiating crew as they tried to break up the brawl.

We got a little more of the action from a different angle as Tampa blueliner Jan Rutta went after Leafs center Colin Blackwell before Rielly stepped in on that fisticuffs duel himself:

You could understand why tempers would flare in this situation. About 10 minutes remaining in the final period. Leafs comfortably ahead 5-0, in all likelihood talking all worlds of shit to the Lightning, who aren't used to gettin their asses handed to them like this. The Bolts have won the past two Stanley Cups, and opponents are usually on the business end of their dominance.

Here was the final tally of sin bin discipline handed down by those involved in the Toronto turf war, courtesy of ESPN:

Given how flat Tampa Bay came out in Game 1's blowout loss, this may have been the spark the Lightning needed to bounce back the next time around. That makes Simmonds' decision to instigate/escalate things with Hedman all the more baffling. Just allow cooler heads to prevail and don't give the Bolts ANYTHING to motivate them even more than getting embarrassed in their postseason opener in pursuit of a third straight Cup.

Oh well. What's done is done. Here's the upside for the Leafs: It looks like Auston Matthews and Mitch Marner aren't going to shit the bed in the playoffs this year.