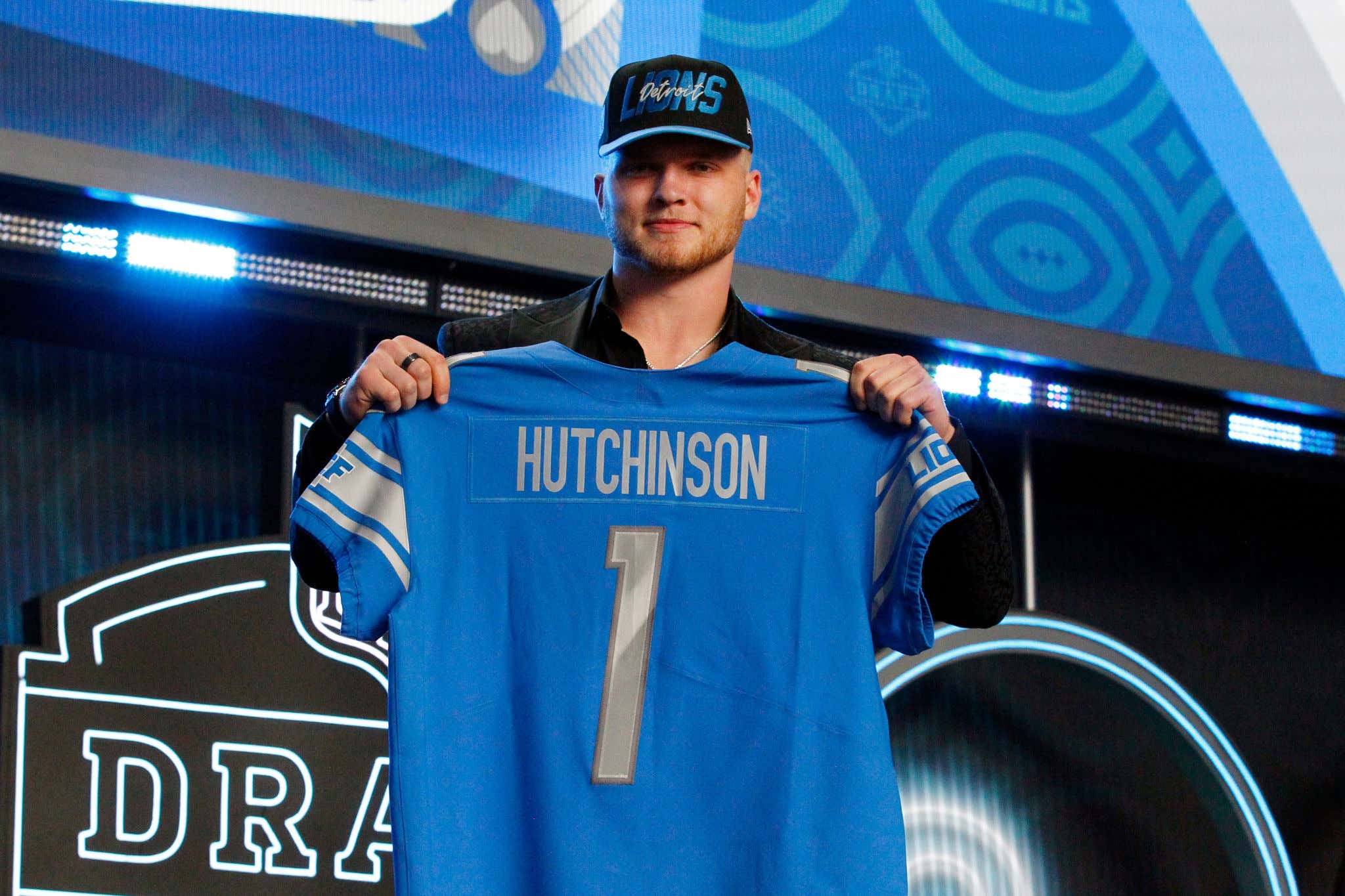 PFT FMIA- After the Jaguars picked Travon Walker number one, the Lions told the league the pick was in, and it was Hutchinson—within a minute of the Walker pick. “We turned the card in so fast the league got mad at us,” said one Lion official.

I don't know which part of this story is less surprising, the NFL being upset that they couldn't bleed out a few extra minutes from an event loaded with commercials that takes 4 or so hours to complete even though it's just 32 names being spoken into a microphone or that Dan Campbell didn't give a fuck about any time decorum and Alpha'd the shit out of The Shield as well as Jaguars.

Every person that has ever been in a fantasy league knows that if the person behind you immediately runs to the draft board after you made your pick, you probably screwed up said pick. In fact, the only thing that's worse than the instant pick is seeing people in your league searching for the guy you just drafted on their rankings, flipping the page, scrolling wayyyy down the sheet, and smiling the entire time, which could ruin your entire draft if not season. And wouldn't you look at who is listed as the last team that'll be playing the Lions in Detroit this season.

If the NFL gets their panties in a bunch about submitting picks quickly, they will definitely drop the hammer if you physically bite a team's kneecaps off during the draft. Which is why Dan Campbell started chewing on those ACLs and MCLs with mental warfare by immediately drafting Aidan Hutchinson. Because even though the NFL season may only be 18 weeks long, the goal of devouring the other 31 teams in the football jungle never leaves his mind. I actually wouldn't be surprised if the Lions hired this guy to deliver their card because he could stare a hole through your soul because he has to deliver a card with a name on it.

Even if there were no mental games being played, Aidan Hutchinson was a Lion on draft night (and for as long as Dan Campbell has coach in his title) the millisecond he said this quote and the Jags didn't choose him with the first pick.