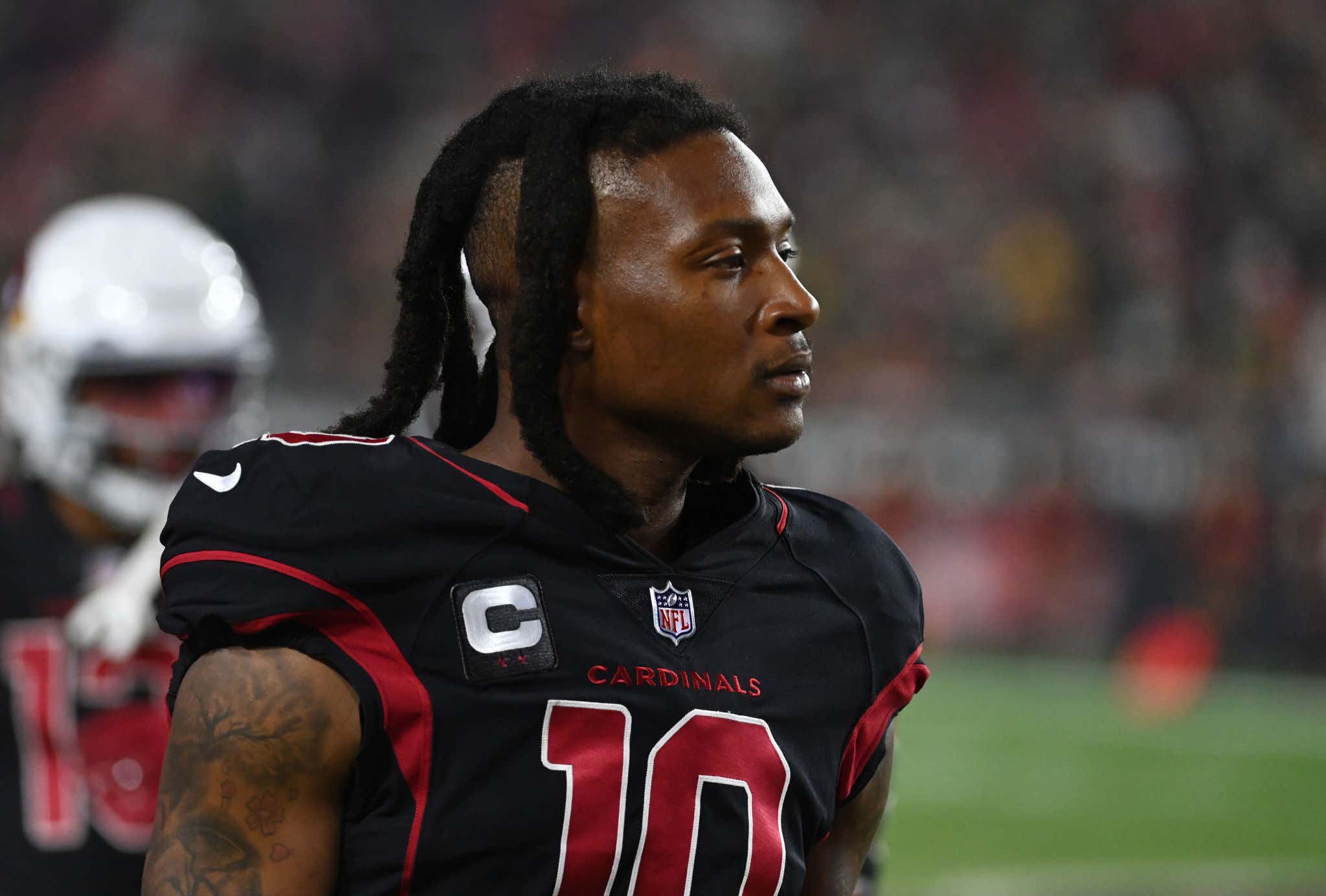 Well I can't say I saw this coming. Arizona Cardinals All-Pro wide receiver DeAndre Hopkins seems like one of the most upstanding, consummate professionals in the NFL, but he's going to miss a good chunk of the 2022 season due to a violation of the NFL's performance-enhancing drug policy.

Hopkins entered last year having missed just two games in his entire career until a knee injury knocked him out.  A lot of people talked shit about Kliff Kingsbury and Kyler Murray collapsing in the second half of the season and laying an egg in the playoffs. Well, when a playmaker like Hopkins goes down and you build your entire passing game around him, that doesn't help.

But for real. I was wondering what the fuck Arizona was doing (other than appeasing Murray) when they traded a first-round pick for Ravens wideout Marquise Brown. Yeah, the Oklahoma reunion of Murray and Brown made sense on some level, yet it was a STEEP cost and just seemed like the Cardinals were caving to Murray's offseason whining. Having Hopkins, Brown, AJ Green, and Rondale Moore seemed like such a surplus of receiving options, with plenty other positions of need.

THEN Arizona drafted Colorado State tight end Trey McBride in Round 2, despite already having Zach Ertz and Maxx Williams.

Well here we are. This is going to be a pivotal season for Murray's future trajectory and the Cardinals organization as a whole. We've seen that Murray doesn't handle adversity well. This is another huge setback, and in an NFC West division with the conference's two reigning finalists in the Rams and 49ers, it still really feels like the Cardinals are comfortably the third-best team in the division. That makes it an uphill battle for the playoffs — and starting the year off right becomes all the more difficult with Hopkins continuing to be sidelined.