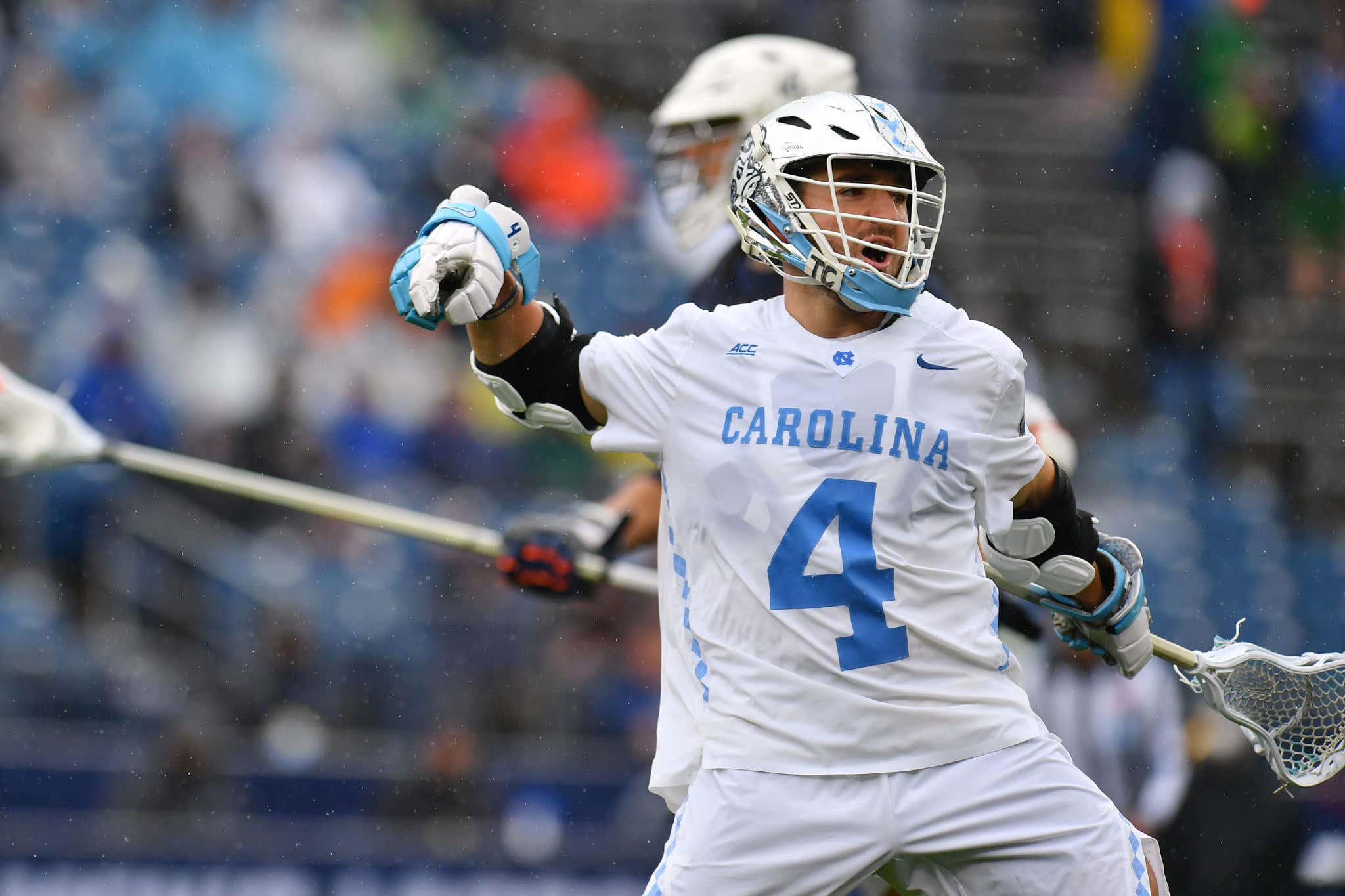 There have been plenty of legendary college lacrosse players throughout the years. You think about names like Gait and names like Powell. Even in just the past few years we've been spoiled by some all-time great careers with players like Pat Spencer and Michael Sowers and Justin Guterding. But throughout the history of college lacrosse, there had only been one player to ever hit the 400-point mark in their career. That was Lyle Thompson, who has a strong case of being the best lacrosse player in the world. He also beat me 1v1 one time which I'm sure is high up on the list of his career achievements.

Textbook question mark jumper for the all-time career record breaker. Anyone who knows how much Chris Gray has modeled his game off of Rob Pannell knows that was the only way he was going to break the record.

Just a kid from Wading River. Started his college career up at Boston University looking to help build that program. He put them on the map but also had dreams of getting to play on Memorial Day Weekend. So after a couple seasons and 182 points at BU, he went down to play for Joe Breschi in Chapel Hill. He had 48 points in just 7 games his first year with the new squad but then this little global pandemic decided to put an end to that season. He led the Tar Heels to a Final Four appearance last year. And this year he ends his college lacrosse playing career as the all-time DI men's lacrosse points leader.

Obviously the wins/loss column has been pretty rough for the Tar Heels this year, and the season is ending a lot sooner than they would have wanted it to. But for a kid to transfer into a program like UNC in the middle of his career and to not only live up to the hype, but immediately become a huge leader in that locker room? I find it hard to believe that anyone can ever put up THAT amount of points without being an incredible teammate in the process. So congrats to a great player and an all-time guy on an incredible accomplishment. Countless guys can say that they played DI lacrosse. Only one of them can say they put up 401 points in the process.