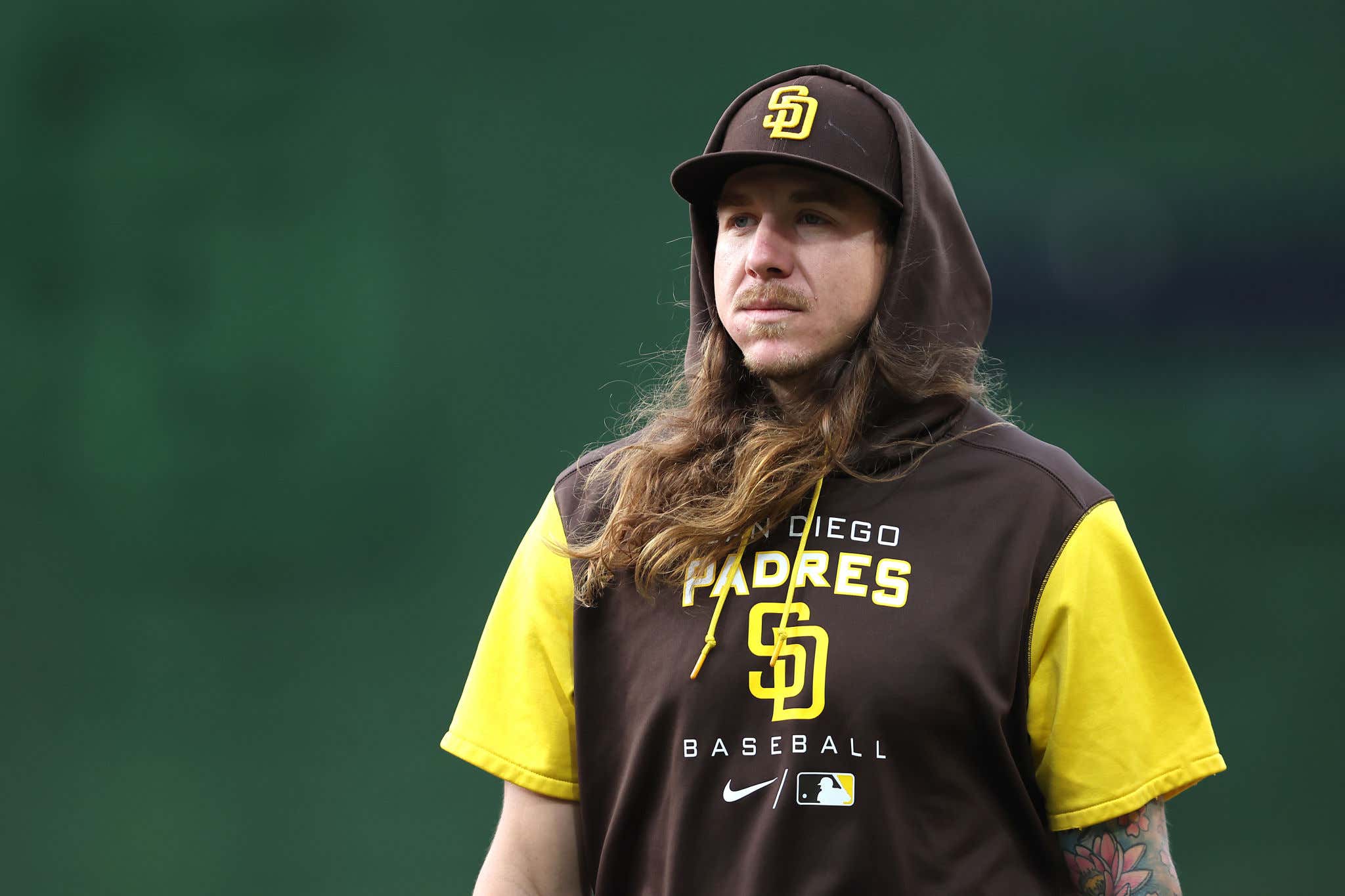 For the first time since October of 2020, Mike Clevinger is back in the big leagues and ready to start pitching again. After recovering from the second Tommy John surgery of his career, Clev is scheduled to make his MLB return tomorrow against the Guardians, his former team. I love to watch Mike Clevinger pitch, but I also appreciate the fun he has out there.

Crazy enough, Clev almost didn't make it to this start on Tuesday, and I'm not talking about having a setback on his elbow. I'm talking about how he almost died last week via plane crash. He describes the encounter story is fucking nuts in the San Diego Tribune.

“We were up at like 30,000 feet elevation, the light comes on to move about the cabin,” Clevinger said. “And then next thing you know we’re nose diving hard and the air pressure drops in the cabin. The A/C turns off. The captain goes on yelling. The oxygen masks come down, (the captain yells), ‘Put your oxygen masks on! Put your oxygen masks on!’ We’re (stomachs) in our throat for 25, 30 seconds. I thought we were just going to the ground, dead. And then we get to like around 5,000-feet elevation. That’s when he starts doing swirls, and he comes back on and he’s like, ‘Folks, we’re gonna try to make an emergency landing in Tucson.’ ”

Clevinger said the passenger next to him was knowledgeable about planes and explained the swirls the plane was doing were to slow down. Smoke filled the cabin, and Clevinger said he could clearly hear only one engine was working.

“The guy next to me is trying to keep me calm,” he said. “I’m freaking out. … He’s keeping his chill while everyone is crying and freaking out. The flight attendant was crying. Like, she had no bedside manner at all.”

In the time he was virtually certain was the end, Clevinger said he attempted to text his fiancé and mother but “couldn’t get the texts out. I couldn’t type. I was, like, frozen.” Clevinger said the plane flew at a low altitude for a half-hour and landed in Tucson. American Airlines confirmed the flight Clevinger was on was diverted to Tucson for a possible mechanical issue.

Absolutely fucking not. It's one thing to have some rough turbulence. It's another to have the captain get on the microphone and yell to put your oxygen masks on. But to have the flight attendant crying as smoke fills the cabin? The one person who is supposed to lie to you and say everything is going as planned? A 30 second straight nose dive? Nope, I'd have a panic attack and die before that bird even thought about crashing. The fact that Clevinger got off that flight and immediately back on another is insane. I'd need months of therapy. There's a chance I never fly again solely after reading that account. You can throw all the stats you want at me, but that kind of experience I'd never be able to get over.

That being said I'm excited to see Clevinger do the damn thing tomorrow night!

P.S. I may have accidentally sent this story to Frankie just now as he's 30,000 feet in the air. Hand up, I didn't know!