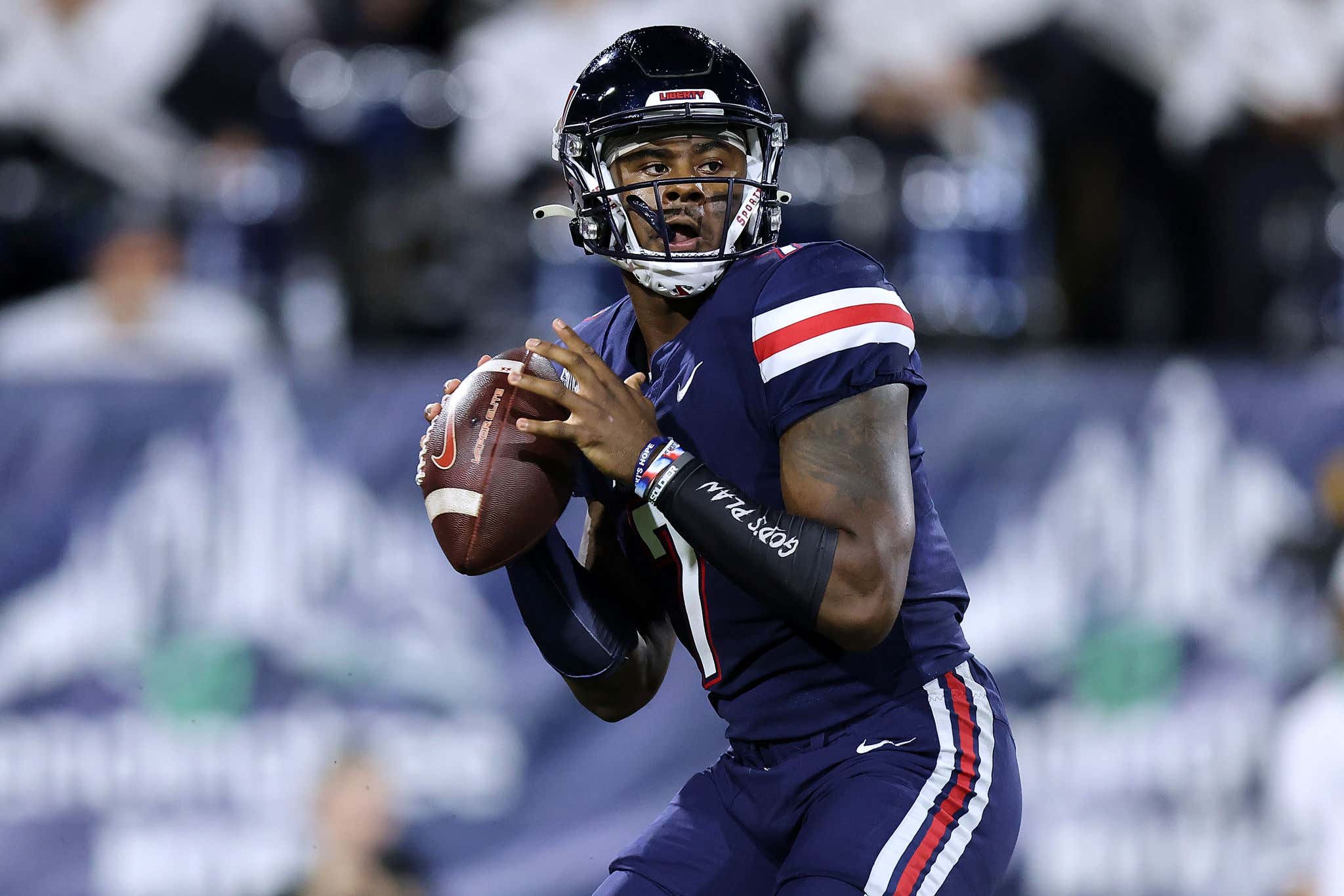 I almost can't believe this is real. A lot of folks, including me, had Malik Willis as the best QB in this 2022 NFL Draft class. Even those who weren't that high on him could at least acknowledge he had the most tantalizing physical tools as far as arm strength, athleticism and upside were concerned.

Well, after every team in the draft passed on him through multiple rounds, Willis' shockingly long wait ended when the Tennessee Titans took him in the third round with the 86th overall pick.

There were other teams such as the Atlanta Falcons and Seattle Seahawks who had plenty of draft capital and a far more obvious need at the game's most important position. They passed up a myriad of opportunities to bring him aboard. In fact, the Falcons bypassed the Atlanta-born Willis in favor of Cincinnati QB Desmond Ridder! That had to sting.

Rumors were flying around that all the quarterbacks could slide in this draft. Everyone knew it was a relatively weak class. That said, you'd be hard-pressed to find any mock drafts that didn't have Willis going at least somewhere in the first round.

Usually, the value of the QB spot gets artificially inflated in the draft. That was NOT the case this time around, and that's why I think it's such a surprise. To his credit, Willis had a great sense of humor about the whole situation, which furthers the narrative that his intangibles and off-field character earn high marks:

Willis may not have the prototypical height of a franchise signal-caller — he's barely over 6 feet — yet he's a THICC guy at 219 pounds. When he escapes into the open field, he looks more like a running back.

At Liberty, Willis didn't run a pro-style offense. The consensus was he'd have to sit and learn before competing for a starting job anyway. In the first place, he had to transfer there from Auburn, and considering how well he handled that adversity, it stands to reason he has the makeup to shrug off his draft-day slide, or at least use it as motivational fuel.

So maybe it's good that he landed (albeit much later than expected) with a relatively stable franchise in Tennessee, who has an established veteran in Ryan Tannehill entrenched as the starter. But with Tannehill committing multiple turnovers in the No. 1-seeded Titans' AFC Divisional Round loss to the Bengals, concerns have grown about him to the point where he might not be the guy to get them over the hump for a Super Bowl.

It's a big "if" — but IF Willis hits his ceiling, he has the chance to be a superstar. His dynamic running ability combined with excellent downfield throwing make for an intriguing blend.

As long as he can operate within the confines of an NFL offense and cut back on his tendency to throw the ball in harm's way, we may well see the Titans move off Tannehill by 2023 (cutting him would save $17.8 million in cap room), prioritize re-signing some key free agents, and roll with Willis as their new starter under center.