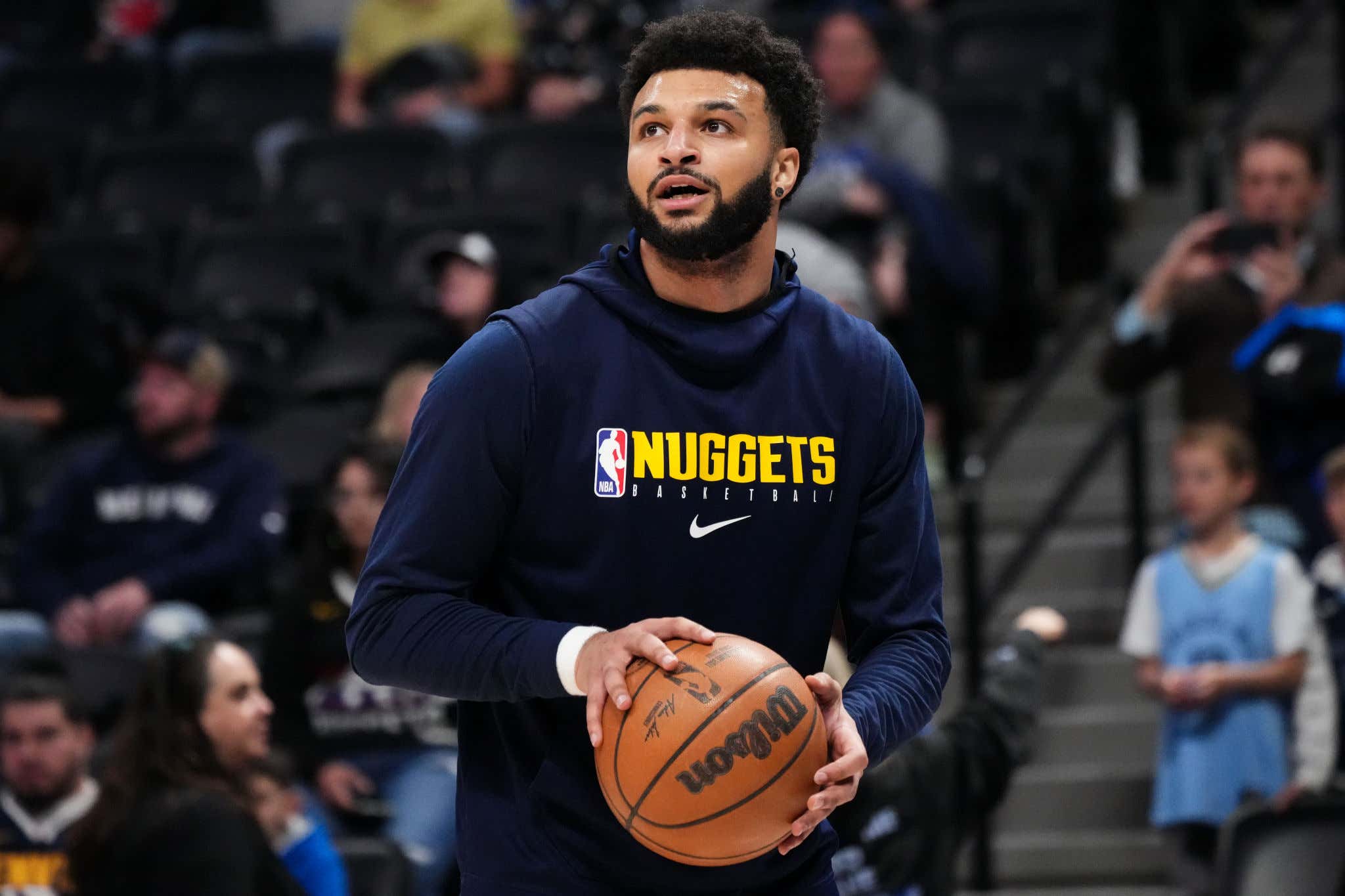 When Jamal Murray got hurt last April against the Warriors, your heart really felt for the guy. Coming off an awesome bubble run, Murray backed that shit up with an equally impressive 2020-21 season. To suffer an ACL injury at any point of the year is tough, but for it to happen right before the playoffs was an even bigger kick to the dick. That meant there was a good likelihood that the Nuggets would be without their star player for not one, but two playoff runs. Maybe there was some wishful thinking that he would recover quickly, but at the same time deep down we all knew the Nuggets weren't going to screw around with his return. Not when he's still so young and is such a huge part of their future. It's not always an easy decision, especially once we got to around the 1 year mark and you heard rumblings about a potential return. The team always downplayed it but that was nothing new, and eventually, we got the official word that Murray was not going to be coming back this year.

Now that the Nuggets season has ended and everyone is doing their end of the year pressers, we got a look into just where Murray is on his journey back to the court. Safe to say, it's pretty clear the Nuggets made the right call

I think Murray does a good job of touching on something that people sometimes forget. They think, hey, if they ligament is all healed what's the problem? Go out and compete for your team! As it turns out, not only is Murray only 85% right, but there's also the entire mental part of his recovery that's just as important. If he can't be the same guy and can't play and approach the game how he normally would, he shouldn't come back. I don't know when the narrative started that Murray didn't want to be out there

but if a player isn't mentally right, if anything it only increases the chance of another injury. If they aren't going as hard as they do normally, shit can happen. If you double think about doing a move or making a play, that can hurt more than it helps you even being on the floor at all. I remember when Gordon Hayward finally made his return after missing a year with his ankle injury. Even though his body was 100% right, you knew right away that he was not over the mental hurdles of being back yet. He wasn't as aggressive, he didn't play into contact, he was afraid to drive at times, it changed how he played and not for the better.

If we're at a point where Murray isn't even sprinting or jumping off two feet, it would have been irresponsible for the Nuggets to play him, even with their season on the line. It sounds like that was understood by everyone this entire time, which is a good thing to have in an organization. You want them to care about the player just as much as they do about the wins and losses.

So does it suck that this was sort of a lost year with both MPJ and Murray being out? Sure. At the same time, Jokic still did a bunch of awesome shit in what should be a back to back MVP year, some young guys like Bones Hyland got some legitimate run as a rookie and should be even better next year, and then you add those two players back to a roster that might get even better after free agency.

then this would all have been worth it because that dude is a legit star.