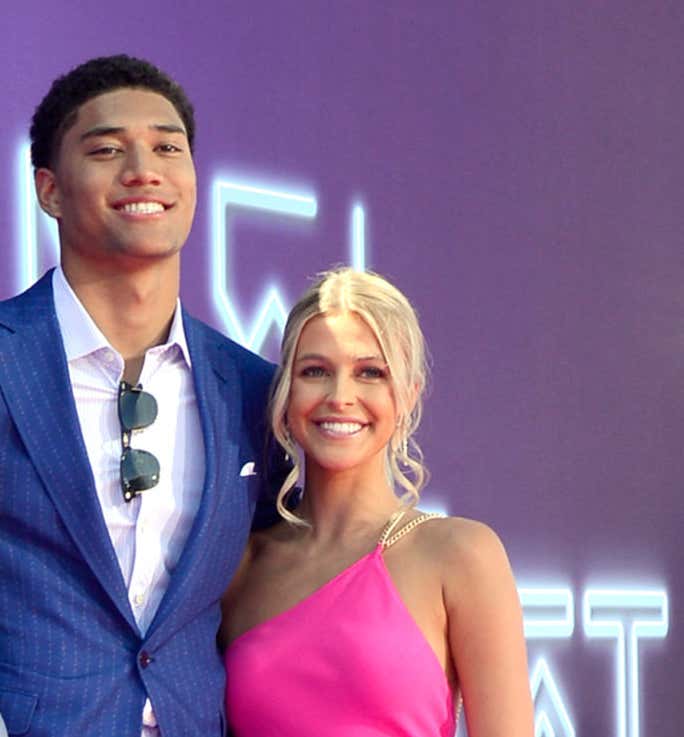 Draft night is obviously a huge moment for every top prospect in football, as their lives change forever. What people sometimes forget is how big of a night it is for the girlfriends/wives of that player, and even the moms too — we see you Mrs. Hutchinson. It's their time to shine as well, but you don't want to be too overzealous.

You definitely don't wanna go viral for the wrong reasons like Ceedee Lamb's girl a few years ago.

or Isiah Wilson's girlfriend, who had to be yanked off his lap for trying to make the moment all about her. All-time moment.

Nope, instead you wanna keep it nice and simple, say a cool handshake for example. That's what Ravens draft pick Kyle Hamilton's girlfriend Reese Damm went with and she knocked it out of the park.

You've got yourself a keeper sir. Perfect execution under the pressure of the moment and she even gave that look back to let the people know they fucking nailed it. Well done all around. That's how you go viral for all the right reasons.