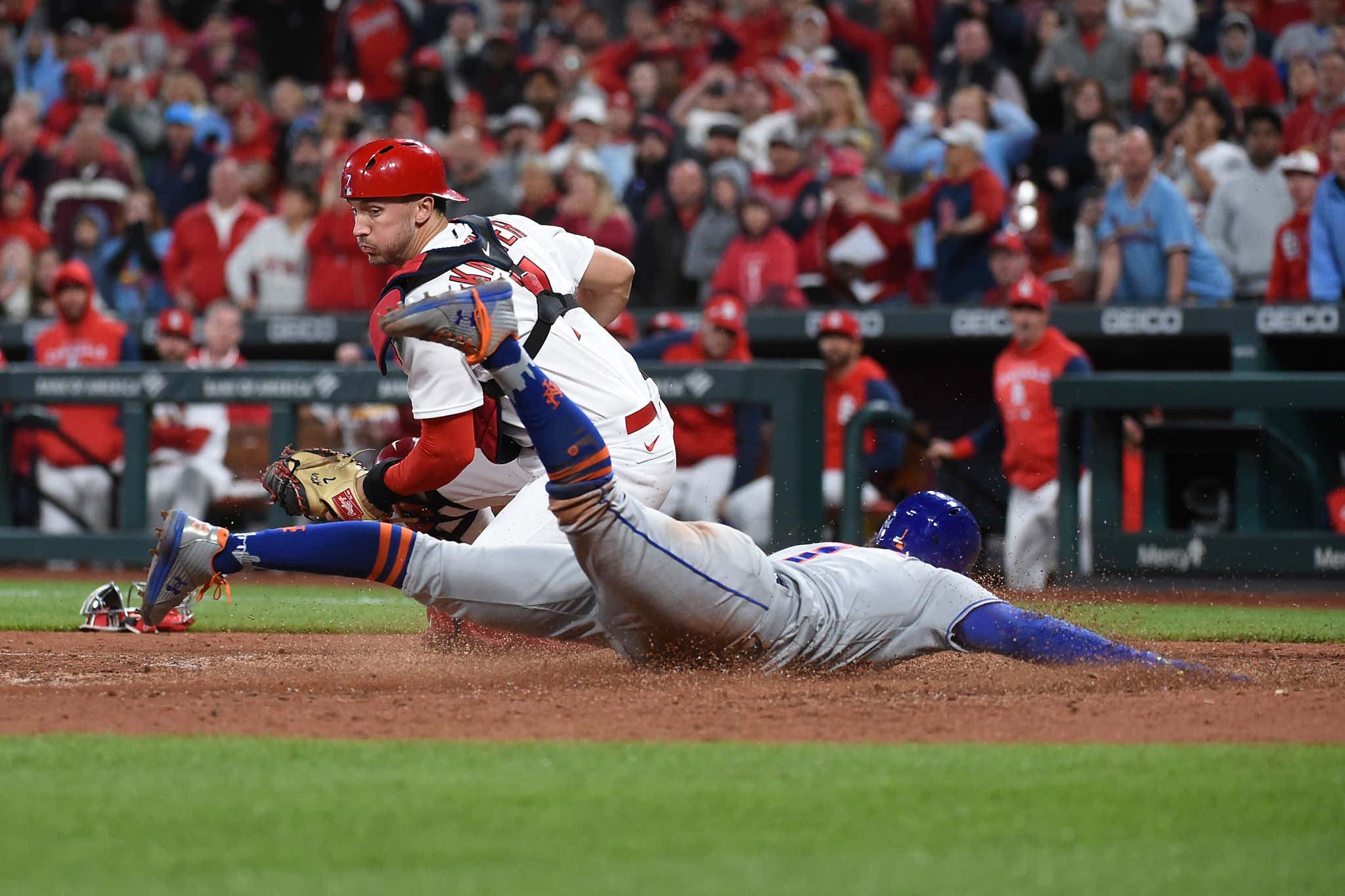 The New York Mets continue to win series and play good baseball. Finishing off a six-game road trip, the Mets won two in Busch Stadium against the St. Louis Cardinals. They showed the ability to come from behind and fight back as the Mets continued to be hit with pitches, and Nolan Arenado tried to charge the mound after being buzzed. The Mets won their first six series to start the 2022 season, the first time they have accomplished this feat in franchise history. The Mets starting pitching remained strong as they had their fourth shutout of the season, while Max Scherzer had a great pitchers' duel to open the series against Miles Mikolas.

The series began on Monday night while the Brooklyn Nets were going down in the most inglorious way possible. Keeping one eye on the MLB app, I saw nothing but zeroes from the Mets and Cardinals. Max Scherzer was on the mound and was dominant again for the Mets. The Mets' ace went seven innings, giving up two hits and striking out ten. The Cardinals, meanwhile, got an equally strong start from Myles Mikolas. Mikolas went seven, allowing five hits with five strikeouts. In the eighth, the Cardinals broke through, scoring two runs on a bases-loaded single by Tyler O'Neill against Trevor May.

Down 2-0 and facing the Cardinals' closer Giovanny Gallegos, things looked bleak for New York. Pete Alonso flew out to center. Eduardo Escobar had a single, but Robinson Cano flew out to put the Cardinals one out away from victory. Escobar advanced on defensive indifference, while Mark Canha had a big at-bat, fouling off several pitches with two strikes before a grounder to third. Nolan Arenado hesitated and threw the ball wide, allowing Escobar to score. Jeff McNeil followed with a double, as Canha was held at third, giving the Mets two runners in scoring position with Dom Smith up as a pinch hitter. Smith hit a scorcher to first that was snared by Paul Goldschmidt. However, Gallegos hesitated to cover first, allowing Smith to dive in safely as the Mets scored two runs to take the lead. Brandon Nimmo hit a home run off reliever T.J. McFarland, as the Mets won the game 5-2, giving them the type of magical win that makes a year-end highlight video.

Chris Bassitt got the start in the second game for the Mets, while Jordan Hicks started for St. Louis. In the second inning, Dom Smith hit a line drive off Hicks. The Cardinals hurler stayed in the game but ran into problems in the third. Jeff McNeil and James McCann had back-to-back doubles as Hicks left the game with his wrist starting to tighten up. The Mets added a second run on a single by Starling Marte, as the Cardinals bullpen held the Mets for the next five innings.

Chris Bassitt was strong again, pitching six innings and allowing two hits with six strikeouts. As the game got late, tensions rose as Pete Alonso was hit in the head by Kodi Whatley. The Mets had three batters hit during the game, with Starling Marte getting hit in the ninth inning to force in a run. Drew Smith, Adam Ottavino, and Edwin Diaz allowed just one hit over three innings as the Mets won 3-0.

Looking for the sweep, the Mets jumped out to a 4-1 lead in the second inning against Steven Matz, with doubles by Tomas Nido and Brandon Nimmo. However, it was clear that Carlos Carrasco did not have his best stuff, as the Cardinals got two runs back in the third with Nolan Arenado ripping a two-run single. In the fourth, the roof caved in as the Cardinals scored five runs, with all eighth runs coming at the expense of Carrasco, who failed to make it out of the fourth inning.

The Cardinals made all the plays, as Mark Canha and Luis Guillorme were thrown out on the bases with strong throws from Tyler O'Neill and Dylan Carlson in the sixth inning. J.D. Davis was struck on the ankle by a pitch in the eighth, setting up the eighth inning bench-clearing incident. Yoan Lopez's first pitch in the eighth was high and tight to Nolan Arenado. After 19 batters were hit, the Mets had enough and sent a message. Arenado tried to charge the mound leading to both benches being cleared.

After the game, the near fight was the talk of the game as Cardinals' manager Ollie Marmol forgot that Pete Alonso was drilled in the head and took exception to Lopez's high and tight pitch that did not make contact with Arenado. Nolan Arenado could have taken the pitch like Alonso did and continued the game, but the classless Cardinals tried to start a fight forgetting that this year's Mets are different and not going to take it anymore.