Kim K's infamous sex tape with Ray J leaked allllll the way back in 2007 but has resurfaced throughout the years, most recently during the jury selection for the Rob/Blac Chyna case, and when Kim's son, Saint, was playing Roblox & got an ad for it. The biggest teasers have been flouting additional 'unreleased footage' and Ray J's old manager threatening last year that there's a 'second tape'.

So on the latest episode of Hulu’s The Kardashians, and in the midst of their messy divorce, Kanye West goes all the way to LA just to meet Ray J at the airport and get the hard drive containing the whole thing. Then he flies straight back to NY (where Kim is about to go on SNL) & rolls it right on over to her in a carry-on suitcase. Like literally a whole computer is in there.

What was interesting to me is Kris saying Kanye must have paid Ray J a big check for it, and Kanye saying no, he's done with extortion. I guess my pathetic, nosy ass would just like to know the behind the scenes on how he got Ray J to do that.

And then I also want to know - was retrieving that stuff just for the principle of the thing? Because Kim goes on to say she then watched the rest of the tapes & it's just innocuous stuff like clubbing & dinner. One has to assume the tape in its entirely still lives on in the crevices of the internet, right? And who's to say Ray J doesn't have extra copies, etc…?

The scene also made West a very sympathetic character. He's being super kind to everyone, seems almost childishly shy and sweet, and has just gone way out of his way for someone he's going through a painful divorce with. Was that just a manipulative move during the midst of the phase where he publicly shared that he wanted her back? Was it genuine from the bottom of his heart for the mother of his kids? Is this the reality, & all the social media drama has just been for show?

It was just weird to see things so civil behind the scenes when it's appeared so ugly on social media. (Kind of reminds me of when ZBT does our annual trips to Washington D.C. and all the politicians who are crazy on Twitter are thoughtful & getting along in person, but that's a big stretch. Who knows.) I figure the answer is a middle-ground mix of it all, but at the heart of it - knowing that whole crew - my brain says there's some calculating reasons behind exactly how it played out, but my heart says he meant it here. 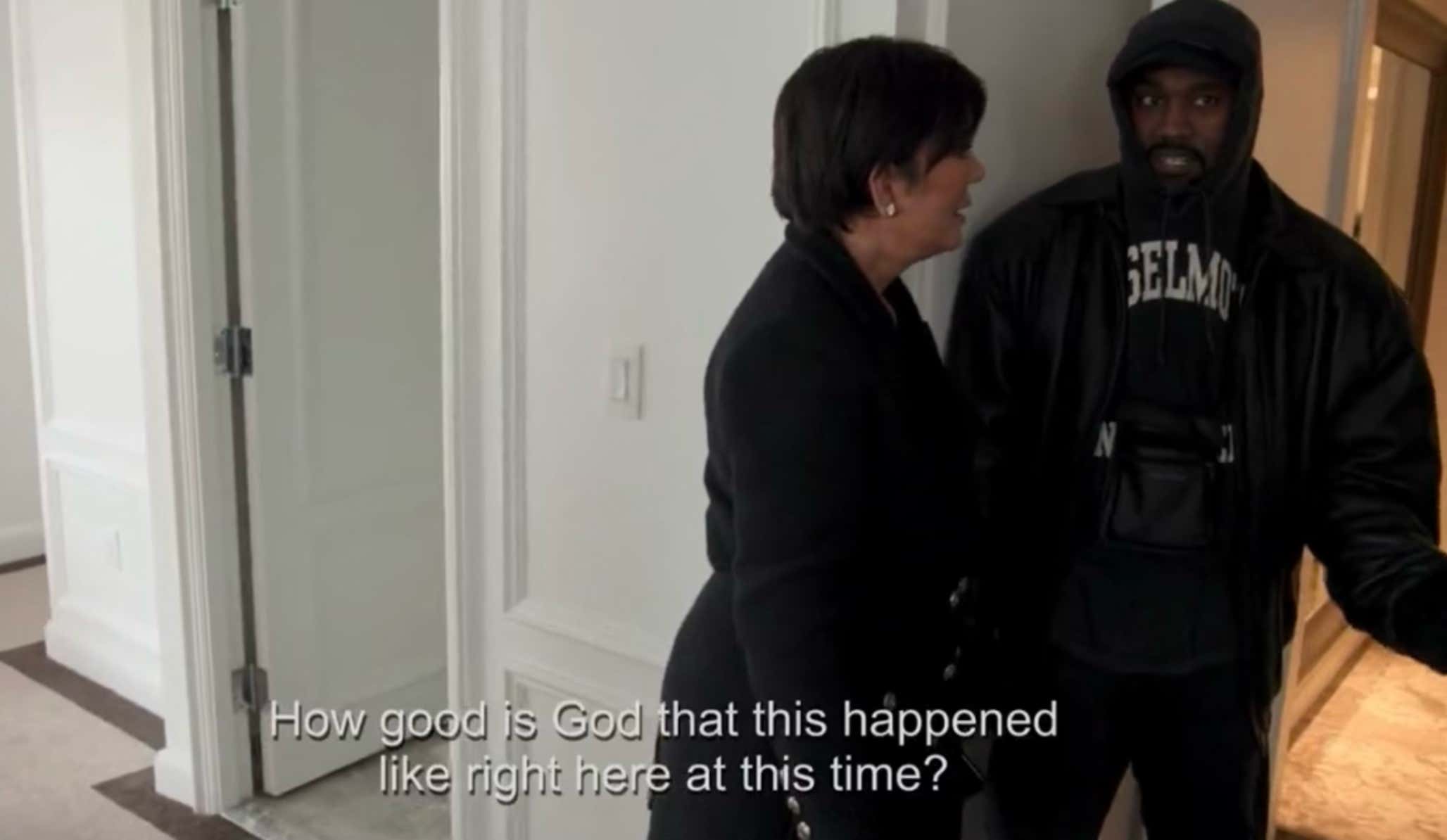 Why do I care about any of this in the first place? Because I'm a loser who lives for this shit, that's why. I'm in my pajamas by 6:30pm every night, 7 nights a week, rocking a baby to sleep before I microwave a can of Chef Boyardee. I got nothin' but time to dwell on their lives… so even if most of it is hyper stylized & mostly scripted or whatnot, I'm here for it. Very excited for the next episode. #sad.