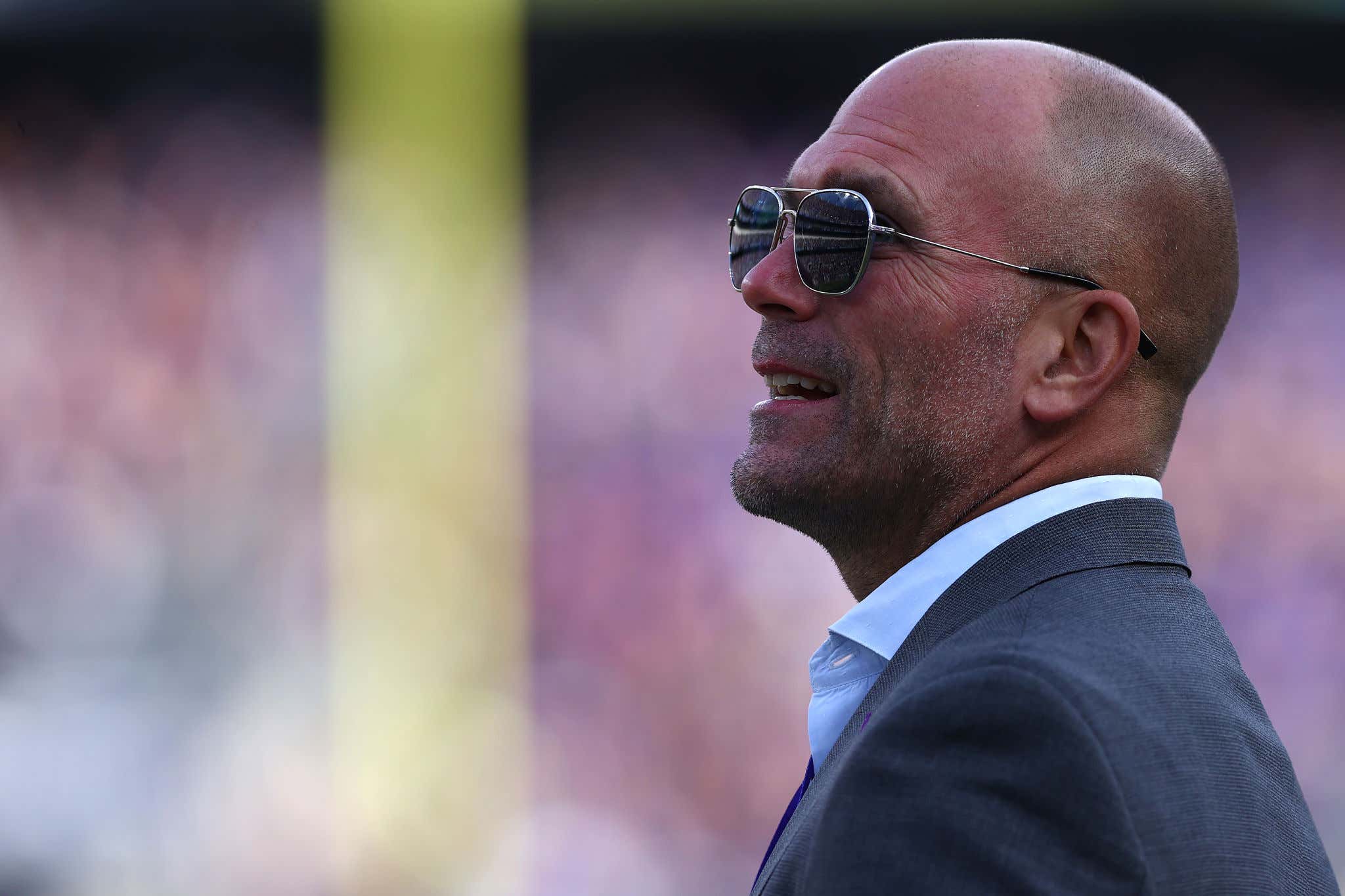 Bigggg big day here in Baltimore and in NFL cities across the country. It's no secret that NFL teams are best built through the draft. Easier said than done though. There's a lot of ways to skin this cat. Few have figured that out better than the Ravens, and that typically means accumulating as many darts to throw at the board as possible. Other teams seem to be catching on to that notion, but you gotta be good at throwing em too.

I'd love to say that Eric DeCosta and the Ravens have been crushing it at throwing those darts, but the past few drafts since that knockout 2018 class (Lamar, Mark Andrews, OBJ, and others) have been a bit shaky. I would say Hollywood has neither over or under delivered, but the rest of that 2019 class was fruitless and the jury is very much out on 2020 and 2021. Neither could be considered successes by any means at this point though. We're due for a big one, and EDC has got the bullets thanks to the most injury-decimated roster in the league in 2021, along with the usual comp pick hustle. Dem picks:

That's 10 picks for those counting at home. And the Ravens are in a nice spot where their roster is more talented than those picking around them, and they've largely addressed the MAJOR issues within their control already this offseason through free agency. They signed a reliable right tackle in Morgan Moses, a world-class centerfielder style safety in Marcus Williams, gotten some good news about Ronnie Stanley, and they've brought back Calais Campbell. They've checked most of their boxes.

In other words, they have the freedom to really live by the "best player available" mantra. Of course, there are positions that could use some reinforcements and it would be ideal that they address those, they really don't haave to. Regardless, here are those positions of interest in order in my humble blogger opinion:

EDGE: We may have attacked this area last year with then Oweh pick, but it's simply not enough. We gotta get to the QB more often. Period. Justin Houston is still out there to potentially bring back, but we should be stocking the cupboard at this position with multiple guys in this draft. There's a ton of options at the top of the draft and one may fall into their reach, but they should add a project guy a la Matt Judon in the later rounds too.

Offensive Line: At the start of the offseason, it was right tackle and center that needed the most attention, but that's been mostly addressed. Patrick Mekari will slide inside to center where he's performed well in the past, save a couple of bad snaps in 2020. But they should still be investing in this further, regardless of Ronnie Stanley's status. Morgan Moses is a short-to-medium term fix, so a right tackle of the future would work or someone who can play numerous positions across the OL. That's why I didn't single out any given spot on the OL. They just needed to beef up further. This offense was dominant when they won in the trenches in 2019, they gotta get back to that.

Defensive Line: This position group as it stands is w a s h e d. Okay, that's a harsh way to put it because these guys can still ball, but you don't thrive in the NFL with a position group stuffed with 30-somethings. Not in the long-term at least. B-Will is on the back 9 of his career, Michael Pierce had his heyday but he can hardly be depended upon after a couple injury-riddled years in Minnesota, who the hell knows what's up with Derek Wolfe, and Calais Campbell is a guy that we re-signed almost because we had to. We were up shit creek without him. There's some overlap here with the "EDGE" description, but this group will be in trouble in a year or two if they don't stock up, especially in the interior. That's why Jordan Davis is such a popular mock draft option.

Inside Linebacker: This is an interesting one because the reviews are so mixed on Patrick Queen. We'll be getting LJ Fort back and Josh Bynes was re-signed, but it seems as though Queen is best served to focus on a narrow set of assignments and just be a beast at those, as opposed to being that quarterback in the middle of the defense. He'll argue you on Twitter about it and his story is still mostly unwritten, but I don't think it would hurt to add a guy here who can complement his skillset for years to come. Fort and Bynes are unlikely to be those guys long-term, so might as well get one in the mix now.

Of course, we can always add more depth at corner, maybe add a dynamic receiver to really take Lamar's weapons to the next level, and reinforce other position groups. Nothing would surprise. Literally nothing. But I think the dream draft scenario has us heavy on those 4 position groups.

We dove deeper on a lot of the possible names at play on this week's Exit 52 Podcast with guest draft nutjob Stephen Schultz (@ravens4dummies). And by we, I mean he…. that guy knows his shit and is a blast to listen to. Draft guy through and through.

And of course, tune in to tonight's En Eff El Draft, where I'll be hopping on live when the Ravens are on the clock. Should be fun man.