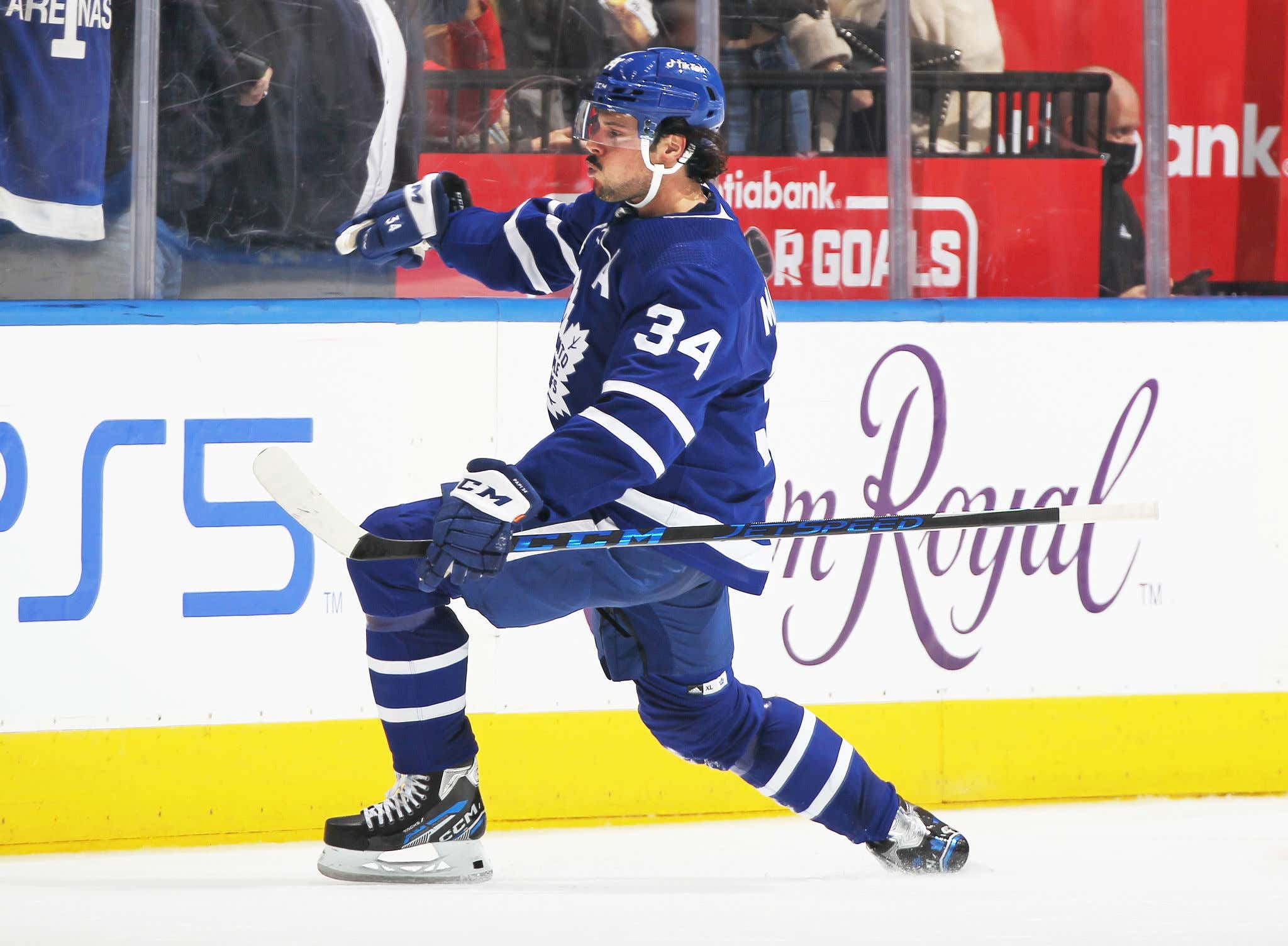 Auston Matthews is the best hockey goal scoring human on planet Earth. There are like 7.75 billion people in the world and out of each and every single one of them, Auston Matthews is currently the best at putting a hockey puck in the back of the net. Pretty insane when you think about it.

Matthews would have been a 50-goal scorer in each of the last two seasons if it weren't for, ya know, an entire global pandemic cutting those seasons short. He was about to hit the 50 mark for the first time in his career in 2020 but that season got cut short after his 47 goals in 70 games. Then with last year's shortened season he still managed to put up 41 goals in 52 games. Even this year he had some suspensions and injuries thrown into the mix. But he still managed to become the first player to score 60 goals in the NHL in the last 10 years. 60 goals in 73 games, and the 60th came in pure Papi fashion.

Easy game when you've got a laser like that. Glove side, top bunk, total rockstar. And poor Alex Nedeljkovic. Guy doesn't deserve that. Especially not someone who I'd imagine is a good pal of Auston's. They played together on the U18 National Team. They played together for two World Juniors tournaments. Poor fella has been attempting to see that shot since he was a teenager, and all these years later it's still flying right by him. Do you know how fast your optic nerves work to send the signal from your eyes to your brain? Approximately 250 mph. That's how fast you are getting that information from your eye to your brain to tell your body where to move. Unfortunately as every goalie in the National Hockey League has found out, that's not nearly fast enough to stop a shot coming off the stick of Auston Matthews.

Steven Stamkos. Alexander Ovechkin. Brett Hull. Mario Lemieux. Mike Bossy. Guy Lafelur. Auston Matthews. Just some total weapons who have managed to put 60 in the back in the net in a single NHL season before. Only difference is the rest of those guys all have their names engraved onto the Stanley Cup forever. Guess we'll have to see when we get to that chapter of Auston Matthews' career.

Sidenote: Really great moment for all the fans in attendance at Scotiabank last night. Now here's to hoping they all get their hearts ripped out of their chest tomorrow night when the Sixers find a way to not shit the bed again and blow this series.