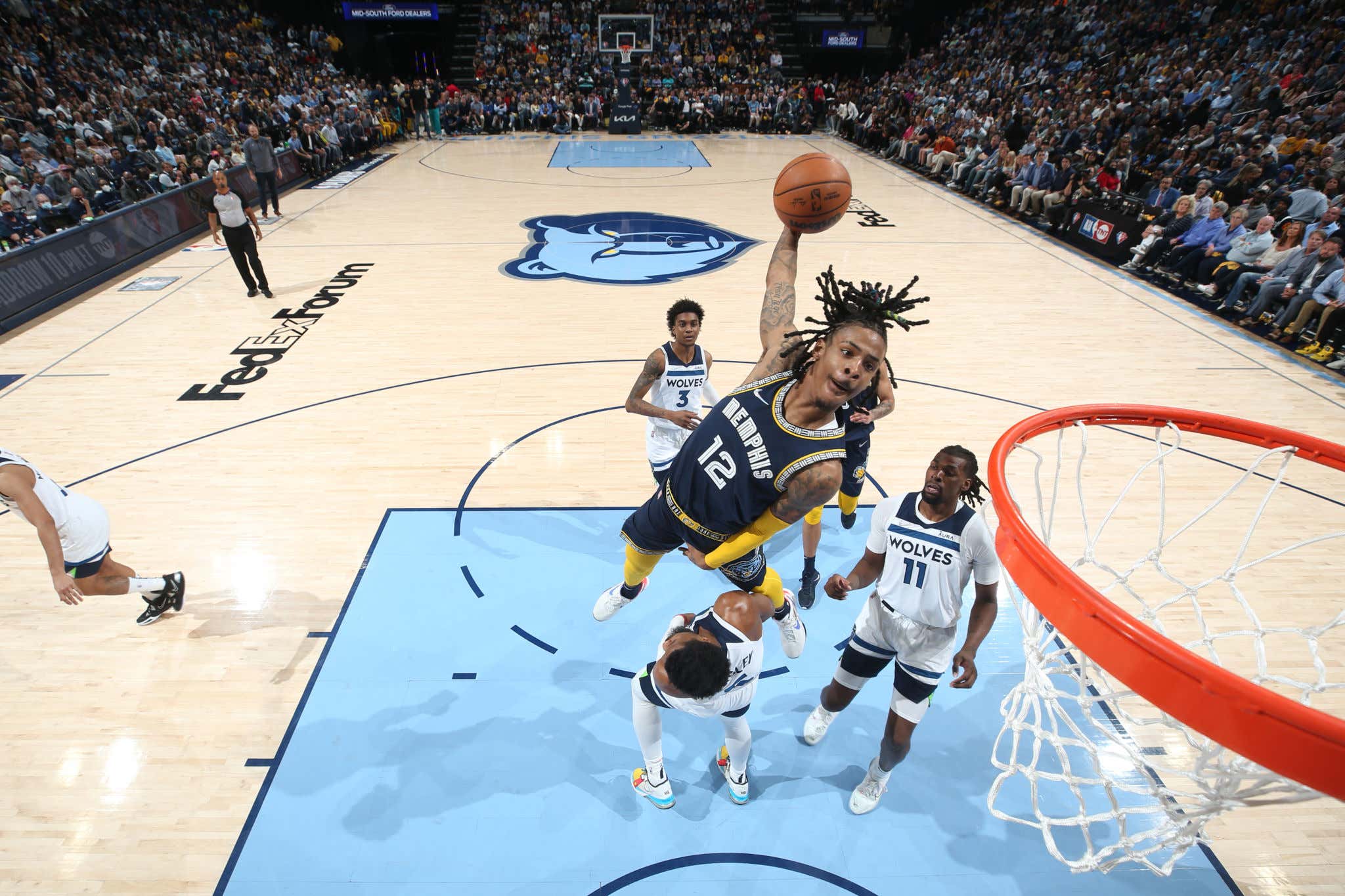 I would now like everyone to join me in a brief moment of silence for Malik Beasley.

may he rest in peace. RIPIP.

Holy shit was that ridiculous. I know Ja putting people on posters is nothing new but there's just something about witnessing a live murder on national television that gets my blood pumping. There are many factors that make this without a doubt the dunk of the playoffs and perhaps the season. That might be a little prisoner of the moment of me but whatever this shit happened like 2 minutes ago and I can't stop watching it. First, where Ja takes off from. Ridiculous. Look at where he's starting his jump from 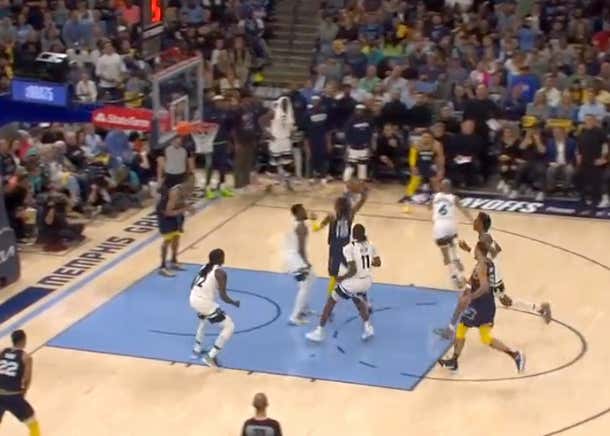 that's basically the middle of the paint. Beasley is about a step above the restricted and Ja lifts off a few steps before he even gets to him. That alone is wildly impressive. Then the fact that he is actually going through Beasley is our second impressive feat. It's as if he wasn't even there 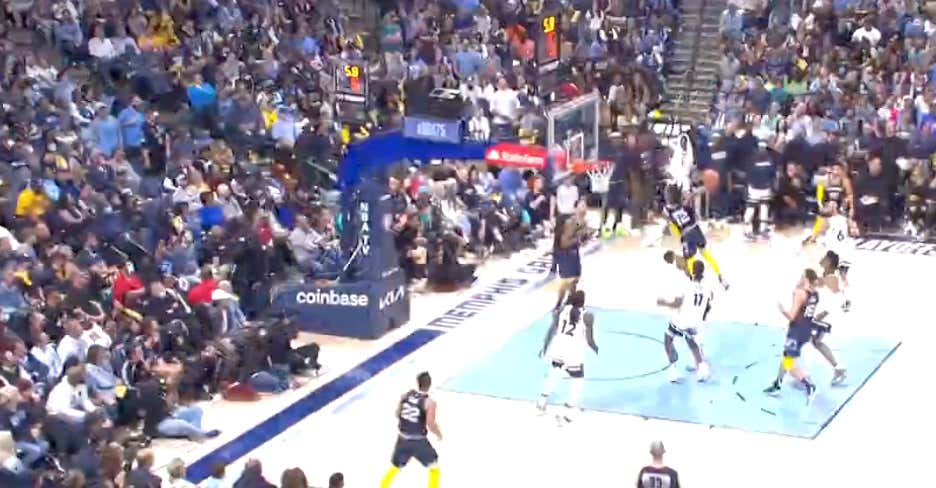 Once Ja makes contact, he sort of goes up a level? Don't ask me to explain it, it was some levitation type shit that like 3 people on planet earth can achieve.

Then there's the most important part. With a dunk attempt like this, you HAVE to finish it clean. Not just because you want the actual points, but that's what makes the poster special. You get a 100% clean flush and that's how you go viral on the internet. That's how you get blogs written about you. Look at how Ja finishes that play. I would argue you cannot dunk cleaner than that. He did it all without a care in the world. Like it was normal for him. Do you know how not normal a play like that is? I pulled my hammy just watching it back for this blog. Ja just lands and is onto the next play like it's nothing.

10 out of 10 dunk. That's the good news. The bad news is the Grizzlies are getting that work from a hungry Wolves team that's looking to go up 3-2. You do that, history says you're moving on.