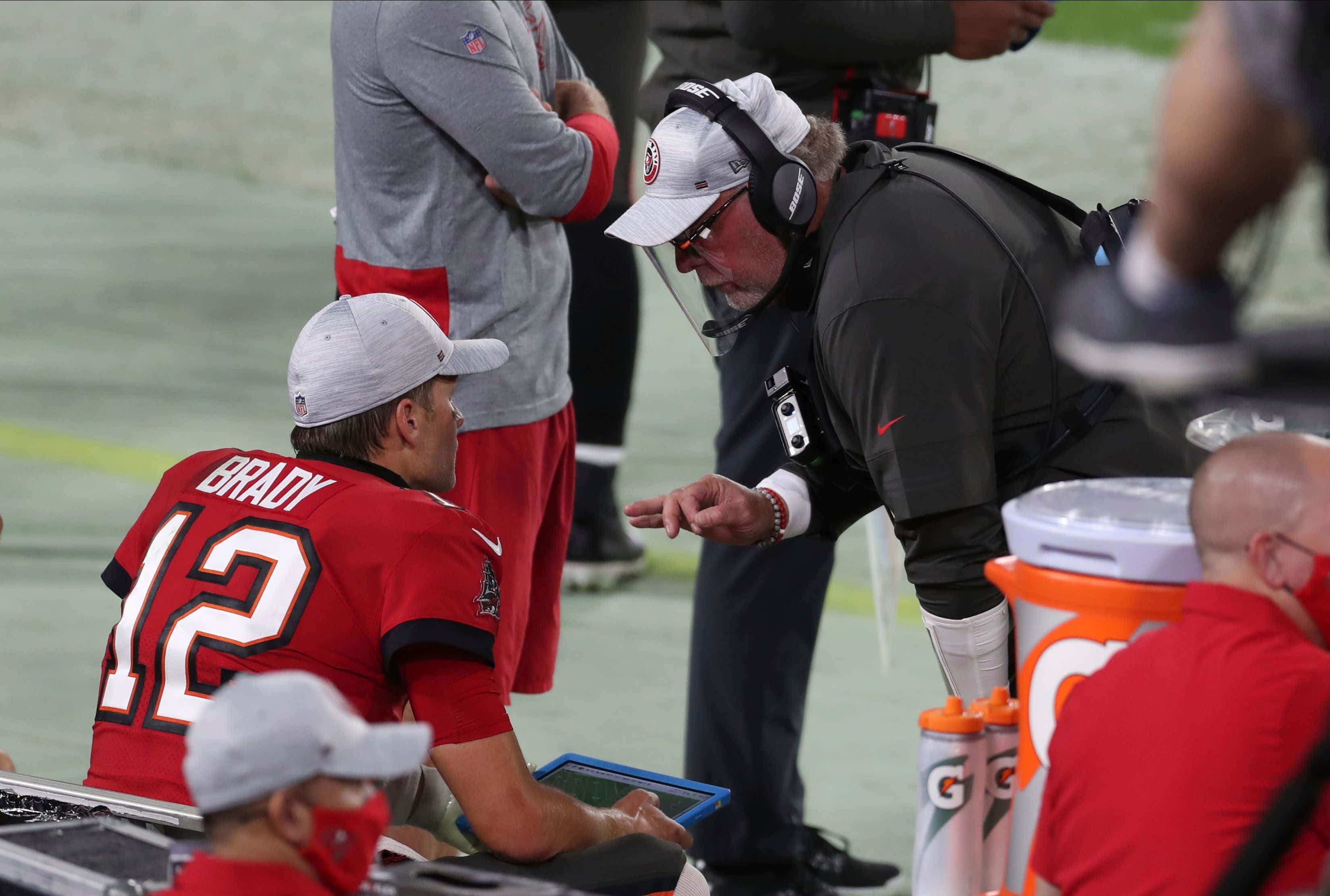 If we've learned anything from the public humiliations of celebrities like Johnny Depp and Will Smith, it's that while you might be famous and celebrated, one of the hardest things in life is learning when and how to take an "L."

It's really difficult for an otherwise successful man to admit when he's been cucked. Whether it's your actress wife telling the world she's really into … ahem … "entanglements" with other men. Or your model wife intentionally pooping in your bed. Few have the moral courage it takes to face the world and say, "Yup. I've been done dirty, alright. The best thing for me to do for my own sanity and what's left of my dignity is to turn my back on this person and just move on with my life." Instead, they end up being Plus-Ones at awards shows and in unnecessary court battles with them. Sad. Very, very sad.

I mention this because of another victim of a very public cucking who just can't seem to turn that page and get busy living.

Tampa Bay Times - Tom Brady could not make it this year to the Arians Family Foundation gala at Innisbrook Resort.

He didn’t just send his regrets to Bruce Arians.

As usual, a gift planned by the Bucs quarterback demonstrated impeccable timing.

[T]here have been unsubstantiated reports that Brady’s relationship had soured with Arians.

Nothing could be further from the truth, Arians has said repeatedly. But he knows the speculation will continue.

“It’s never going to go away, no matter what anyone says,” Arians said. “It’s a national narrative that they think they know, but they don’t.”

Arians went on to say he actually wanted to retire after winning the Super Bowl, but he wouldn't have been able to guarantee some of his assistants would be able to keep their jobs. So in an act of pure selflessness and sacrifice, he delayed his plans to go fishing and spend more time with the family, like the hero he is.

I guess it's all just a coincidence that he chose this particular moment to finally do a 180 on his career and his future. And by that I mean, he waited until two weeks after Brady met with Buccaneers ownership at a soccer game in the UK, then announced he was unretiring the very next day. So our "national narrative," the logical conclusion that Brady told the Glazers he'd come back but only if Arians wasn't, is all just a big misunderstanding.

And how do we know this wasn't a palace coup by Brady? Because if he hated having Arians as a coach, he wouldn't have given him a $50,000 timepiece, that's why. Because that's a lot of money for a multimillionaire who has lucrative endorsement deals with high end jewelers and is married to a fashion industry mogul.

So the rest of us need to put this notion of bad blood between the two to bed, once and for all. Just because Brady stopped using Arians' offense in his first month on the job in 2020, anonymous sources have confirmed he was increasingly frustrated with getting called out by a head coach who didn't understand the system he had brought with him to Tampa, "retired" from the Bucs, and according to multiple reports was working on a deal to get himself sent to Miami to become the first player/owner in history, doesn't mean we can conclude Brady cut his throat. Pricey watches don't lie.

I've said before what I will say now. One of the most remarkable things Bill Belichick has done in a career full of them, is get along with Brady for 20 years. I have no doubt they got on each other's nerves early and often. They are two very different sorts of cats. And I'm sure there were times Brady was tempted to try to exercise his GOAT Privilege to replace the demanding taskmaster he worked for with someone easier to deal with, the way guys like Aaron Rodgers and Lebron James have done. But Belichick has what Arians doesn't: Brady's respect.

And now that Brady has taken over the Bucs entire operation, it's up to Todd Bowles to be the sort of figurehead coach Arians was, but without any of the criticism. Just run his defense, leave the other side of the ball and all the personnel decisions to his quarterback, and they will get along swimmingly. Fall short of that, and it's unemployment for him. But with an expensive watch to keep the time for his next job interview.