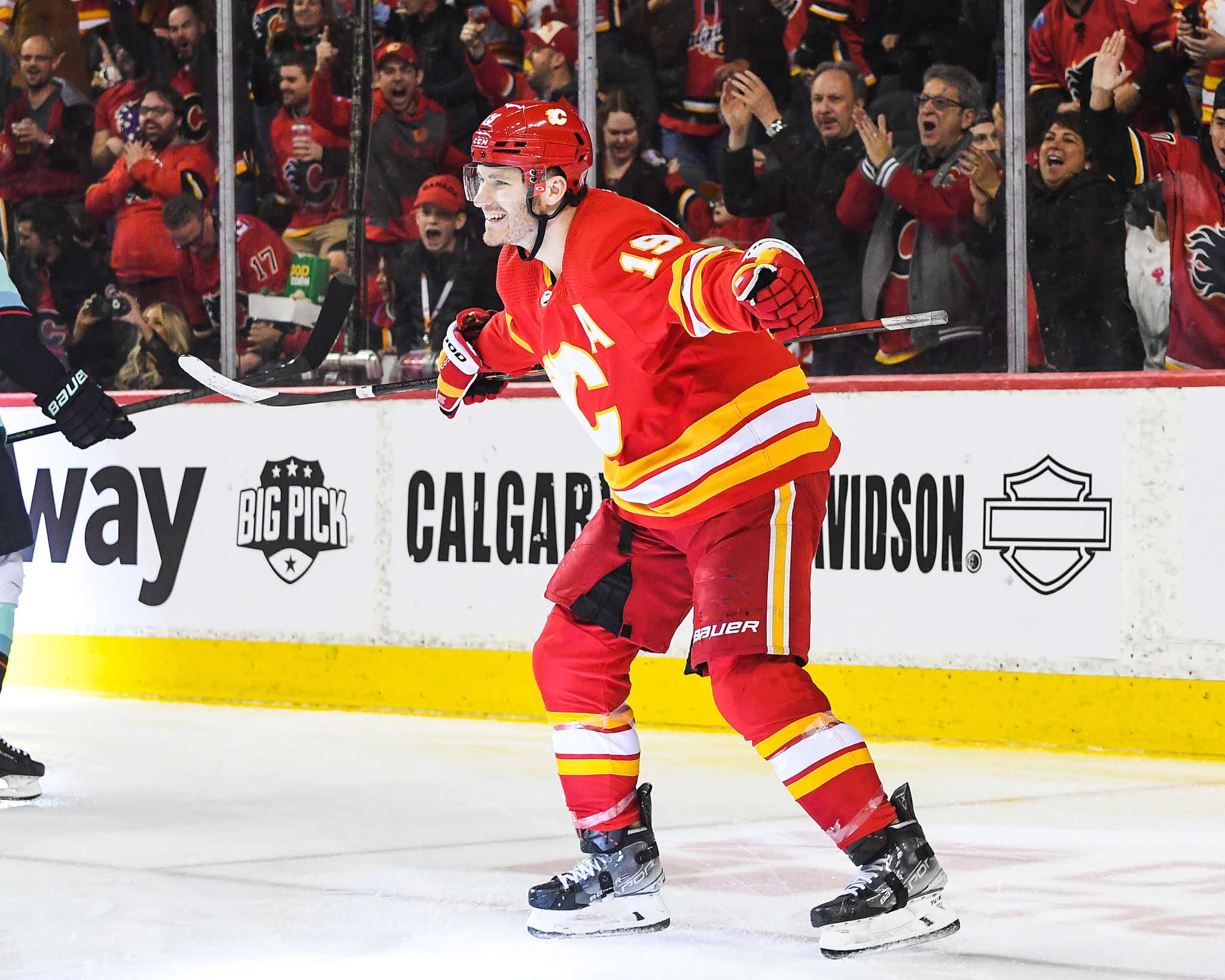 Matthew Tkachuk belongs to a very rare breed of hockey player. Often times you'll find guys who have a ridiculous amount of skill, but they're so focused on their offensive production that they don't really impact the game in many other ways. Often times you'll find guys who truly suck ass at hockey, but they are such pricks out there on the ice that they're able to get under the opponent's skin and impact the game in more mental chaos type of way. Very rarely do those two skillsets perfectly coexist with one another in the same player.

For the longest time, Brad Marchand was the king of such rats. The type of player who would consistently put up 30+ goals, 80+ points, play in All Star Games, but would also lick his opponent's face because he's a lunatic who doesn't give a shit. Chucky isn't out there licking any faces but he definitely has plenty of rat-like tendencies in his game. Just ask Drew Doughty.

Now at the time of this quote, maybe Drew Doughty had a point. I mean he's a 2x Stanley Cup Champion and a Norris Trophy winner. The best thing that Matthew Tkachuk achieved during his career at that point was a 77-point season. Not bad by any means, but also doesn't compare to a couple of Cup rings. So if Drew Doughty wanted to then say that Matthew Tkachuk never did anything in his career, that's fine. But if that quote came out today? Well…

40 goals and 100 points on the year for young Chucky. Throughout the history of the league there have only been 100 and some odd players who have ever joined the century club. This year there are 6 and Matthew Tkachuk is the latest (also 3 of those 6 are Americans, so it's pretty fucked up that NHL players haven't competed in the Olympics recently because that gold medal is as good as ours). Say what you want about Drew Doughty's 2 Stanley Cups, but a 100-point season isn't anything to scoff at.

Plus he's just 24 years old still. Brad Marchand had one 100-point season in his career and he did it in his 9th full season in the league. I'm gonna go ahead and say it right now. The torch has been passed and Matthew Tkachuk is now King of the Rats until further notice. Talk about a guy who is primed to be an absolute menace all over the ice once the Stanley Cup Playoffs start up.