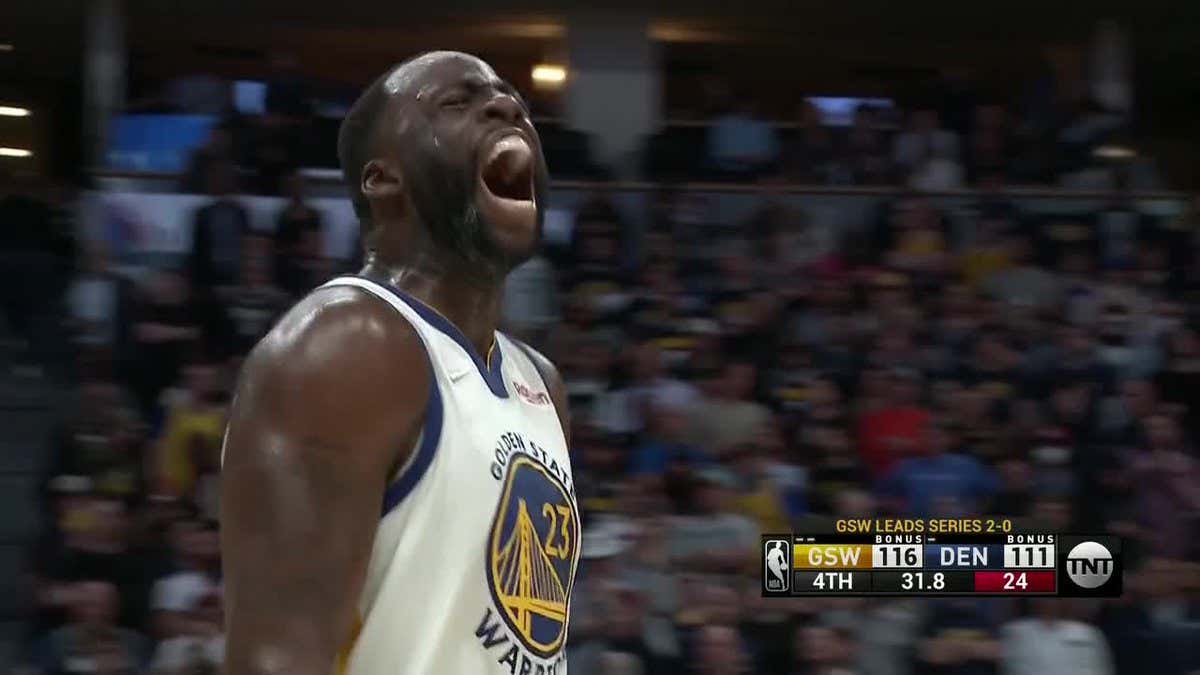 What did I tell you? The Warriors are starting to peak at the right time and that is very bad news for the rest of the Western Conference. After going into the Mile High and taking Game 3 in dramatic fashion, the Warriors now move to 3-0 in this series and that should pretty much do it. By now I'm sure you've seen the numbers, teams are 143-0 when up 3-0. In the first round, they are 47-0. You manage to find yourself up 3-0, you've essentially ended the series. Of those 143 series, only 41 have forced a Game 5. Just 10 have made it to a Game 6, and only 3 a Game 7. That means 89 of the 143 are done via sweep, and much like PHI/TOR, that's where this one looks to be headed.

The reality is this series simply comes down to talent. The Nuggets do not have the talent available to match up with a healthy GS. What's happening to them isn't even their fault. Just look at how this game ended and how each team approached their clutch time possessions. Which side looked confident and calm under pressure, finding ways to generate good looks in high pressure moments? I'd say there's a pretty big difference between Jordan Poole, Wiggins, Steph and Klay than Jokic, Monte Morris, Will Barton and Aaron Gordon. That's a talent battle they just aren't going to win. Even with Jokic throwing up 37/18/5 and doing everything he could to will this team to victory, it was all for nothing because when it came down to the final possessions, Draymond ate him alive. A game sealing steal is so very Draymond and also pretty heartbreaking for Nuggets fans

The probel was no other Nugget came even remotely close to doing anything positive offensively down the stretch. If anything this strengthens Jokic's MVP case in my opinion. These dudes shouldn't be in the playoffs in the first place let alone taking the Warriors down to the wire. They do that because of Jokic. Sadly, their season is about to be over but that doesn't take away from what a monster Jokic is. He's only one man who can only do so much.

If I could touch on Draymond for a second though, this is why he's allowed to talk all the shit he wants. He backs it up. What we are watching him do in single coverage against Jokic in this series is generational shit. The imapct he can make on that end is why he's so important to the backbone of what the Warriors do. With Draymond, the Warriors are one of the best teams in the NBA. That was true from October through January and it's true in April. Now they're about to sweep and be well rested for the winning of MEM/MIN. Something tells me guys like Curry could benefit from some extra rest.

All I know is this. If the Splash Brothers truly are back

to go along with some Draymond DPOY caliber defense and some timely Wiggins makes, this Warriors team can run through this conference. There aren't too many teams in the East that can match their firepower, and now that we don't really know what Devin Booker will look like moving forward, anything is possible.

The Warriors smell blood, they're rolling and playing the best basketball of their season and that's a problem for anyone in their path.