Before we begin - I'm a little late to this because I didn't see it until last night. You see, Twitter can be a hairy place; lots of layers & folds, and Hell, if the clip were a clitoris and I were Whitesox Dave, I never would have found it at all... but I'm sure glad I did. It's simply too good not to blog & every time I watch it I find something new that makes me laugh.

WSD's mind was blown in a way women with him have yet to experience. And the genuine, almost innocent wonder at the end when he peeks out from under his hat and asks,

"So… so you're goin muff diving? All night?"

Cheah calmly talkin' eating box in a Hofstra hoodie, Eddie standing up for women against the stigma, Clem beet red, unable to even speak, the whole thing is gold.

And hand up, I feared the comments on these posts would be a bunch of bro types agreeing with WSD, "Ugh, yeah dude, vaginas are gross," but NO! Shame on me, I should have had more faith.. 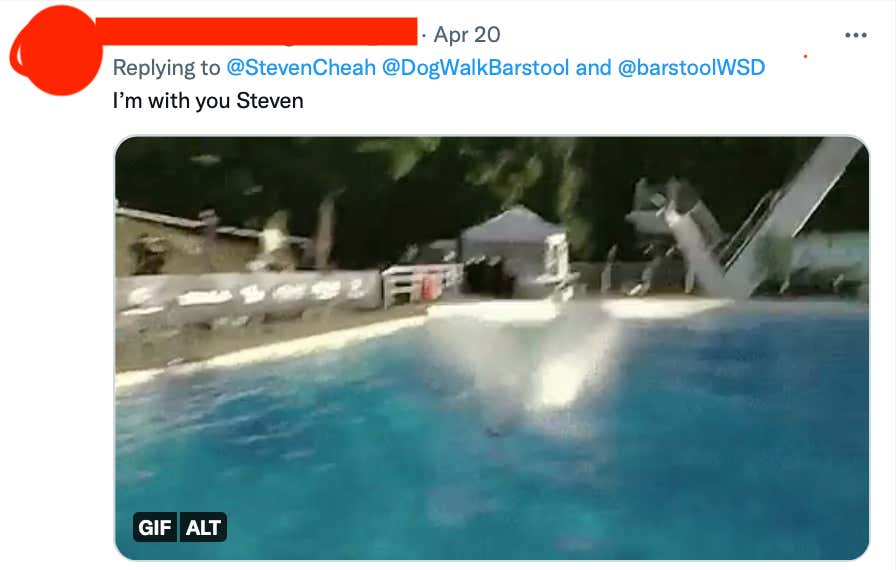 Speaking of 'the data', I created a poll to see if those comments were trending towards reality and it's still ongoing but wooo! 79.3% out there crushin' puss. You love to see it. Only 1.8% in WSD territory.

Then I had some follow ups for the lay-dees:

Given, I have a feeling some fellas voted on those last two (Uh, yes, my partner is very great at it!) and it's not exactly scientific, but as it stands I'd take the leap to say about half of the women polled are not getting satisfied, and from everything I've seen & heard from friends & social media I believe it's waaaay worse on a larger scale. For shaaaame!

I can also attest from personal experience. I spent most of my 20s 'faking it' because

1) There was a general vibe I got throughout life that sex is all about the guy & what he wants and women's sexuality was shameful (Catholic Church Sunday school goofin') and so, when I got to college & did a little sloot goofin' I told myself it was no big deal if I didn't get off or he didn't return the favor #sad

2) I didn't want to hurt a boyfriend's feelings because I didn't know how to say, "You are bad at sex/eatin' box/whatever," in a constructive way. (I'm the kind of person who will watch a hairdresser do the exact opposite of what I've asked for & then say 'I love it!' when I hate it & leave a nice tip, so part of that's on me)..

But then as I got older (and went on a BENDER post-divorce, ha ha, heyyyo), I was more vocal & there were guys who were confident & knew what they were doing & actually asked what I liked and must have watched that same instructional video and hooooey… All I can say is:

(Quick break to say the thought of me in particular talking about this stuff in such detail has probably ruined A LOT of people's days and I'm sorry. Sorry for being cool as shit because I'm a sex haver.)

I guess I say all of this as a PSA of sorts for all the WSD types (prudes) out there… I PROMISE you… If you can man-up & get over the fact that vaginas are, well, vaginas, and they're all different & delightful in their own ways, and if you go full Steven Cheah on a lady with enthusiasm & show concern for what works for her… buddy, not only will you ROCKET up the charts in her book, you will be met with equal or even greater passion than you could have imagined and you will be so glad you've matured to that point.

You can listen to that whole Dog Walk episode down below (whole ep is legit a delight), but fair warning - WSD keeps the free swim a little dry.

I am a disgusting, abhorrent human. I know this because I am not blind and hear it from you mongrels every goddamn day. I am also single, while Steven Chea is married with one partner (I assume, who knows with that crazy bastard, maybe he's a swinger).

So, in the off-chance that I am in a situation where I can perform cunilingalingungus on a woman, it'd be from a girl I plucked from a bar like 4 hours earlier. Chances are I don't even know her name. If her standards are so low that she'll hop into bed with ME of all people, who knows how low she's stooped? I just know my mouth ain't connecting with that vagina (such a gross word) until the 3rd or 4th 2am "what ru up to?" text is sent to her in the next few weeks to come.

I hope you know where I'm coming from and that I've articulated this point well. Have a good weekend dickheads!