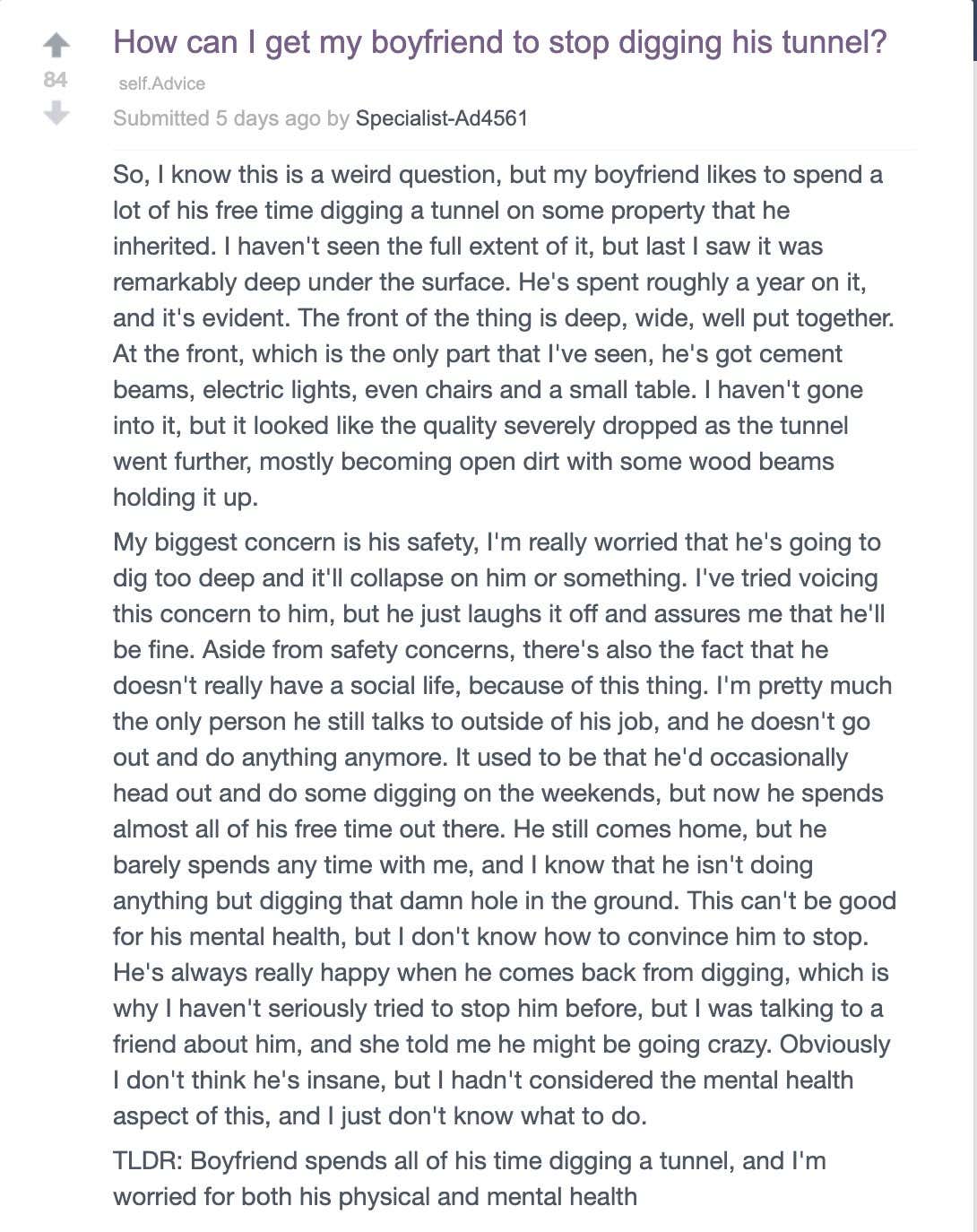 I think a more appropriate caption for that tweet would be "what on earth is going with women???" They're not even letting us boys do a little tunnel digging nowadays? Nag nag nag. Complain complain complain.

Just off the top of my head, here is a list of some things that would be way worse to find your boyfriend doing:

-Fucking other girls (orally and/or vaginally)

-Dressing up in a black cape, mask, and body armor fighting criminals in an effort to lower the city's crime rate and avenge the murder of his parents. Sure it's a noble effort and he means well, but he'd constantly be putting himself in harm's way and could even put the girlfriend in danger if they find out his secret identity. It would also certainly take a physical and mental toll on him which might make him very unpleasant to be around in his home life.

And that's just off the dome. The list goes on and on. But all this guy's doing is digging a tunnel. Letting off some steam by exploring the depths of the underground. I see nothing wrong with that. Guys just love digging. Nothing better than going to the beach and digging a hole. I remember as a kid thinking that I had a legitimate chance to get to China if I went far enough.

The bottomline is that dudes just love to dig. There's something primal and simple about it that no man can resist. 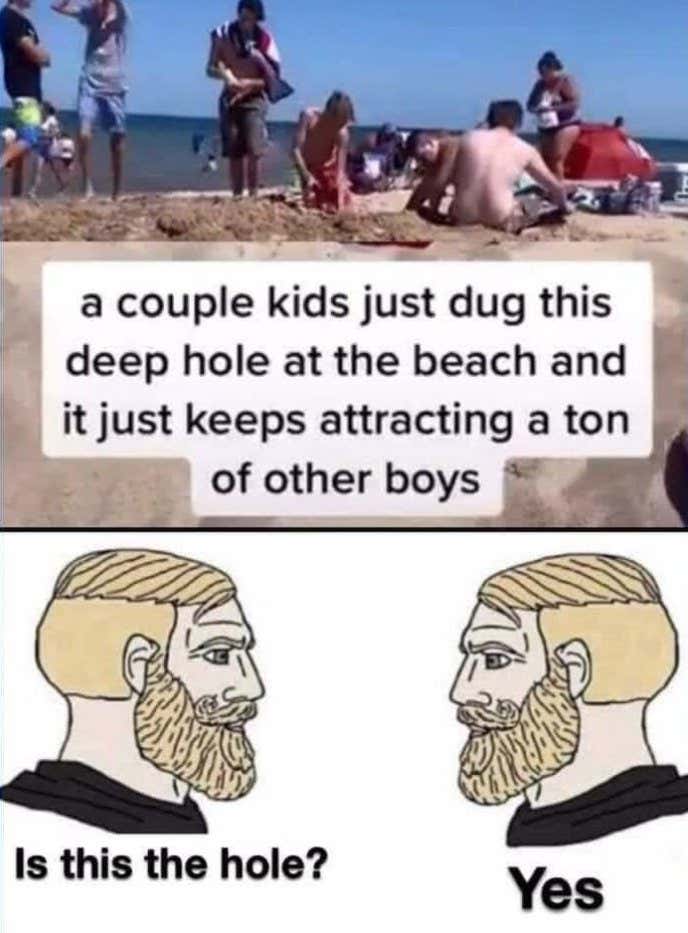 Or maybe there's a really practical use for it.

Or this is also a very plausible explanation 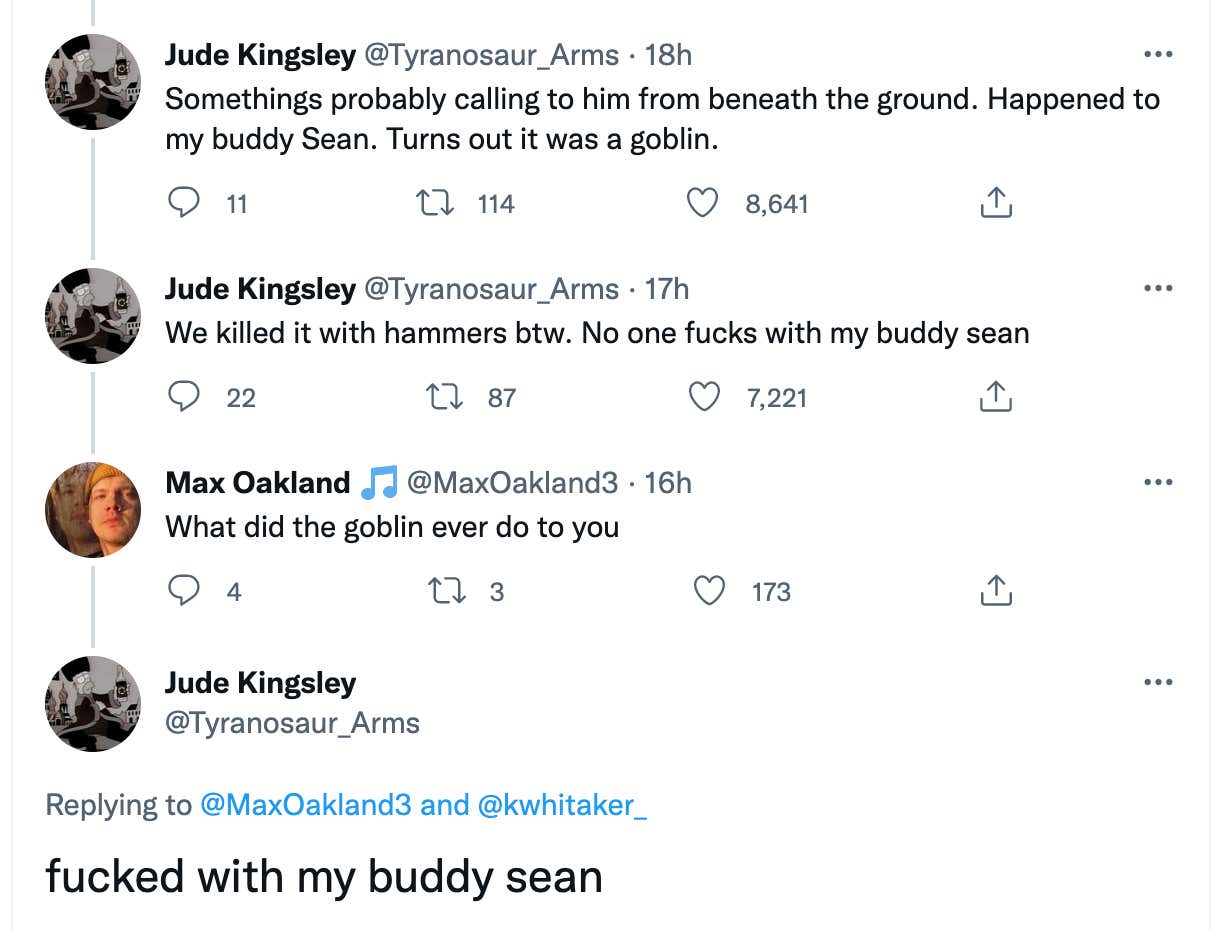 Just an incredible thread all around. But nothing can top the follow up from the original tweeter. After a viral tweet, it's common for someone to follow up with a "Follow me on Instagram" or "donate to this cause" or "check out my SoundCloud." But she went a totally different route.

And I bet Jesus would be totally chill with the boys digging some tunnels.