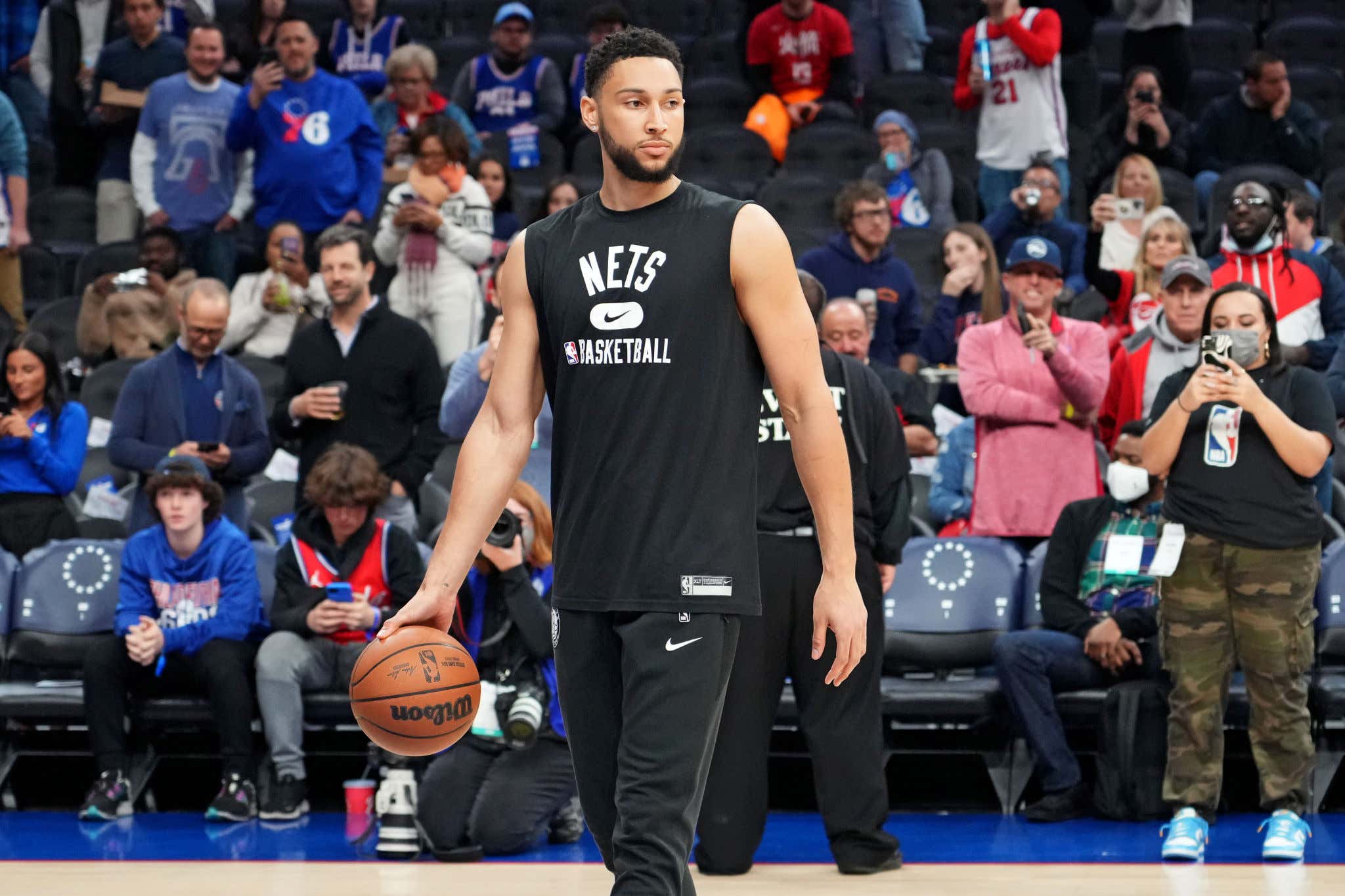 I wouldn't say this is all that surprising of an update ever since the idea was first floated out by Shams/Woj a few weeks ago. At some point, you knew Simmons was going to make an appearance in this series, and now it looks pretty likely that it happens in Game 4. With so much basketball left to play before we get there, who knows how the series will look. You could tell me the Celts will be up 3-0 or 2-1 or down 1-2 and I'd say everything is still on the table.

I am not someone who thinks a Simmons appearance in this series would be insignificant. I think people take that a little too far. I know he hasn't played in a year and I know the last time we saw him he had some playoff mental hurdles, but I don't care about any of that shit. I care about what he could mean for this series. For starters, if he's actually fully healthy, Simmons is obviously a massive perimeter defender upgrade compared to what the Nets currently have to deal with. We saw in Game 1 what a disaster it was for any Nets player to try and stay in front of Jaylen Brown or Jayson Tatum. Shit, even a bigger guard like Smart was able to get past any Nets guard with ease. So Simmons alone will help in that area. He may not be able to fully shut someone down as he works his way back into game shape, but can he be better than Kyrie/Seth Curry/Patty Mills/Goran Dragic? My guess is yes. Having any sort of legit size, speed, and length to throw at Tatum/Brown can only help…in theory.

But there are also some potential downsides and questions. Would Simmons be on the floor in closing situations? If so, who do the Nets sit? Are they going to use him in the dunker spot, and if so, is his feel/communication going to be good enough to come through in high pressure playoff moments? What happens when he's on the floor with Kyrie/KD and the Celts immediately decide to double and the ball finds Simmons. Is he going to be ready to come through in that moment? Can they afford to have him on the floor in close games when he can't make a FT to save his life?

My guess is if Simmons does come back, it'll be 10-15 minutes. In my opinion, you use Simmons to try and limit the Celts offensive damage whenever KD has to sit. If his defense helps the Nets stay even or at the very least close to the Celts in those minutes so they survive until KD comes back on the floor, that's a win. Maybe he gets you some transition buckets. As long as you surround him with shooters, he's a talented enough passer to make an impact.

Ben Simmons has been a gigantic unknown this entire season. Is he hurt? Is he healthy? Does he fit this roster? Nobody knows. Anyone who tries to talk like they know what will happen in this series as definitive fact is talking out their ass. We can hypothesize what might happen in theory, but none of us have seen it. He could be a difference maker for the Nets, but it's also possible the Celts find ways to exploit him and he actually hurts more than he helps. That's what makes this whole thing so intriguing to me.

Let's also not forget about the potential return of Robert Williams either. The Celts are doing their best to quiet that narrative, but I wouldn't rule out this series ultimately coming down to which missing player comes back and makes a bigger impact. If you ask me, this is all the more reason why the Celts need to take care of business tonight. Worry about that first, and then any potential Simmons factor once it happens.