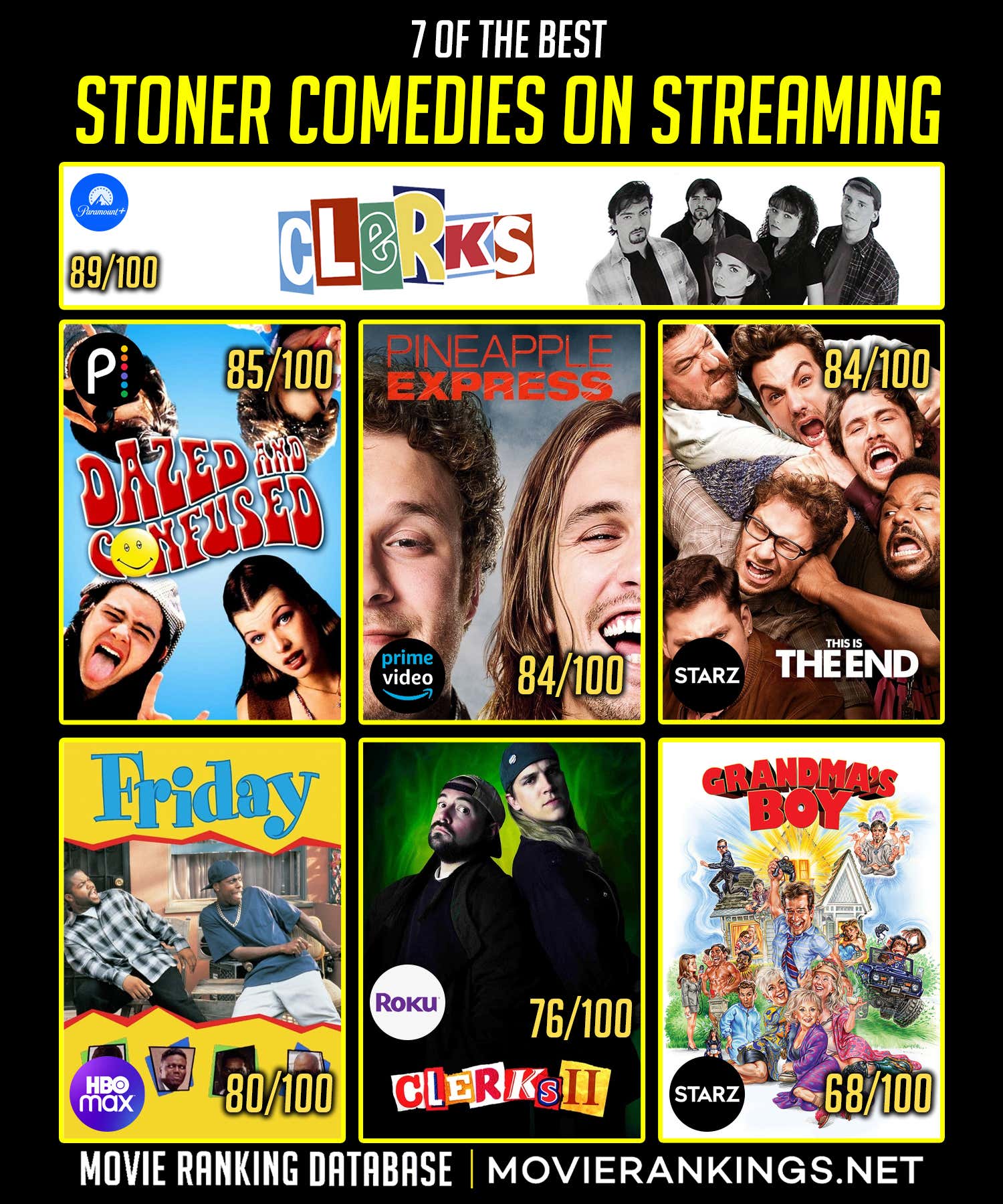 Convenience and video store clerks Dante and Randal are sharp-witted, potty-mouthed and bored out of their minds. So in between needling customers, the counter jockeys play hockey on the roof, visit a funeral home and deal with their love lives.

The highlight of the View Askewniverse, Clerks is the definition of a cult classic. It's funny, weird, and strangely authentic. It also holds up well, which is rare for stoner comedies.

The adventures of a group of Texas teens on their last day of school in 1976, centering on student Randall Floyd, who moves easily among stoners, jocks and geeks. Floyd is a star athlete, but he also likes smoking weed, which presents a conundrum when his football coach demands he sign a "no drugs" pledge.

Arguably the most iconic stoner comedy and also McConaughey's coming out party.

A stoner and his dealer are forced to go on the run from the police after the pothead witnesses a cop commit a murder.

We recently got to interview Craig Robinson about his role in this movie and got to recount this hilarious line he had.

While attending a party at James Franco's house, Seth Rogen, Jay Baruchel and many other celebrities are faced with the apocalypse.

I can't ever think of this movie without immediately thinking of Michael Cera slapping Rihanna and getting his shit rocked. It's under-appreciated in the Seth Rogen catalogue if you ask me.

Craig and Smokey are two guys in Los Angeles hanging out on their porch on a Friday afternoon, smoking and drinking, looking for something to do.

I think I've watched this movie on TV no less than 500 times and only loved it more each time. Crazy funny and a great cast. Speaking of which, RIP to the late, great John Witherspoon who was hilarious in this movie.

A calamity at Dante and Randall's shops sends them looking for new horizons - but they ultimately settle at Mooby's, a fictional Disney-McDonald's-style fast-food empire.

It's not as good as the original, but this scene never fails to kill me.

Even though he's 35, Alex acts more like he's 13, spending his days as the world's oldest video game tester and his evenings developing the next big Xbox game. But he gets kicked out of his apartment and is forced to move in with his grandmother.

God damn do I have such a nostalgia boner for this movie. Instead of talking about it, just watch some JP.