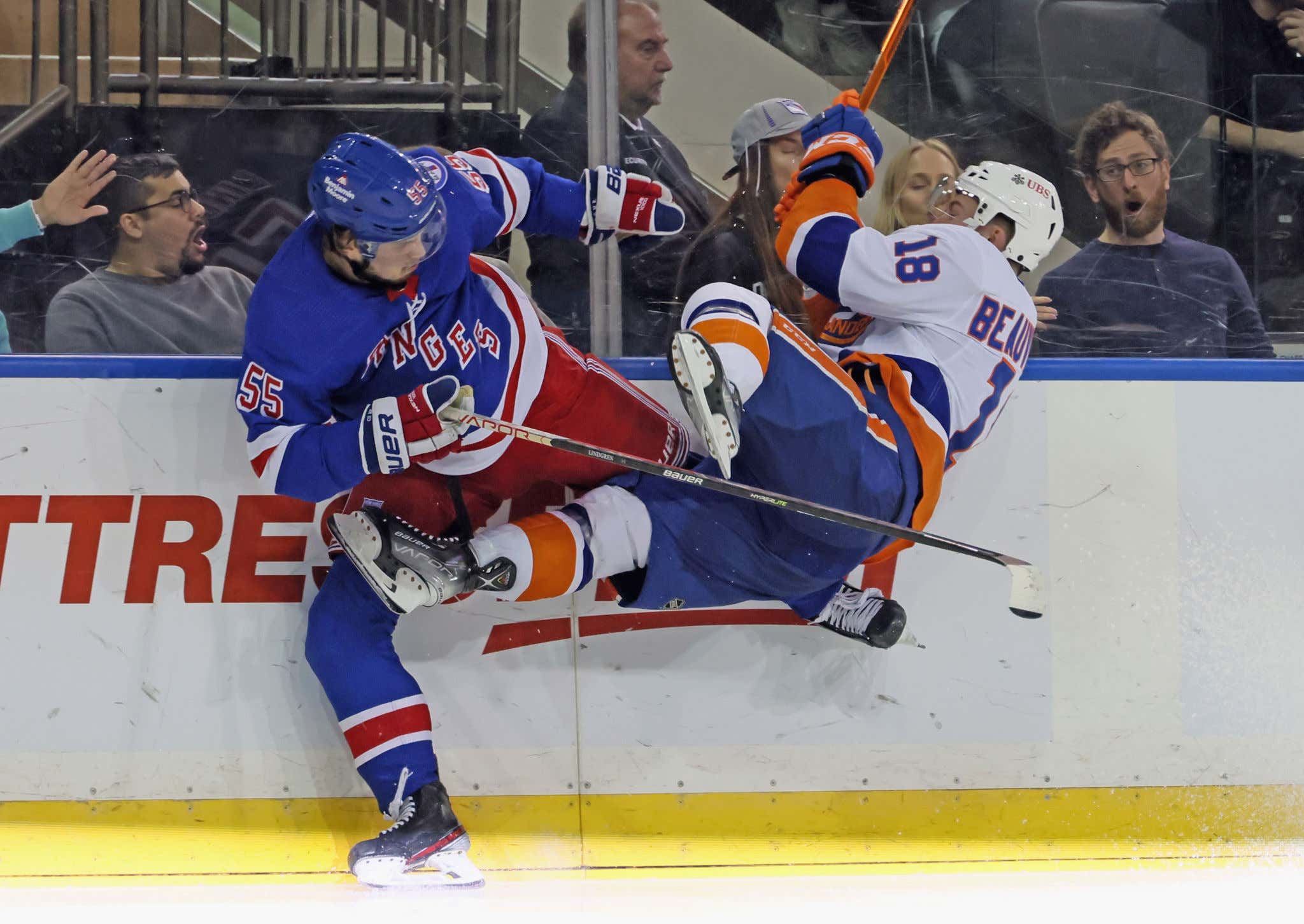 After last Tuesday's loss to the Hurricanes, it looked as though all hopes of the Rangers winning the Metro title were dashed. They were separated by four points with just 8 to play and Carolina staring down a cakewalk of a schedule. However, the Canes were tripped up on home ice by Detroit before a drubbing in Colorado that also cost them their Vezina-finalist netminder Frederik Andersen. Meanwhile the Blueshirts reeled off three straight wins without allowing a single goal. With a final showdown between these squads next week, the pressure's on both to stay on the winning side & set up a potential winner-take-all matchup at MSG on the 26th.

Before they get there though, the Rangers are gonna have to fend off an opponent who would love nothing more than to play spoiler. The NY Islanders. The same Islanders who've already handed their rivals half their L's over an otherwise white-hot 14-4-1 run. A third may very well be the nail in the coffin of any NYR division hopes unless they win out the rest of the way. Trotz and his crew absolutely know that. Isles fans who will pack the building absolutely know that. It's the last thing the Fisherman have to play for before scheduling their tee times. UBS, where the home squad is 8-1-1 in their last ten, will be a hell of a test regardless of the miles between the teams in the standings.

Tonight's tilt is stylistically a good taste of playoff hockey with the postseason right around the corner. The Islanders wanna play a slow, heavy, low-event game that can give the Rangers fits, but luckily they'll avoid Ilya Sorokin…aka Shesterkin-lite. Sorokin's been a stud all year but, since 2/17, is 11-5-3 with 2.02/.939 peripherals that are only matched leaguewide by Igor's 1.94/.933. Varlamov's been no picnic either but I'd much rather square off against a goalie who hasn't played in almost two weeks. The Blueshirts have had a hard time breaking through against the Isles regardless of who's between the pipes, as evidenced by a goose-egg at 5x5 and just one PPG in their last two meetings. They had similar difficulties against the swarming Hurricanes. Six of the ten best teams in terms of fewest shots against are all potential Eastern Conference obstacles once the postseason gets underway & the clamps lock down even tighter.

Gallant's gotta get his guys going against that type of competition and there's no better time to start than now. After tonight, only a trip to Boston - which will be another tough test - separates the Rangers from what could be a seed-changing battle against a limping Carolina squad. It's been a hell of a fun time watching them slap around opponents who've had nothing to play for recently, but it's time to raise the degree of difficulty down the stretch. It's time to get battle-ready. That starts tonight in making sure Islanders fans aren't celebrating victory after what might as well be their 2021-22 Stanley Cup.