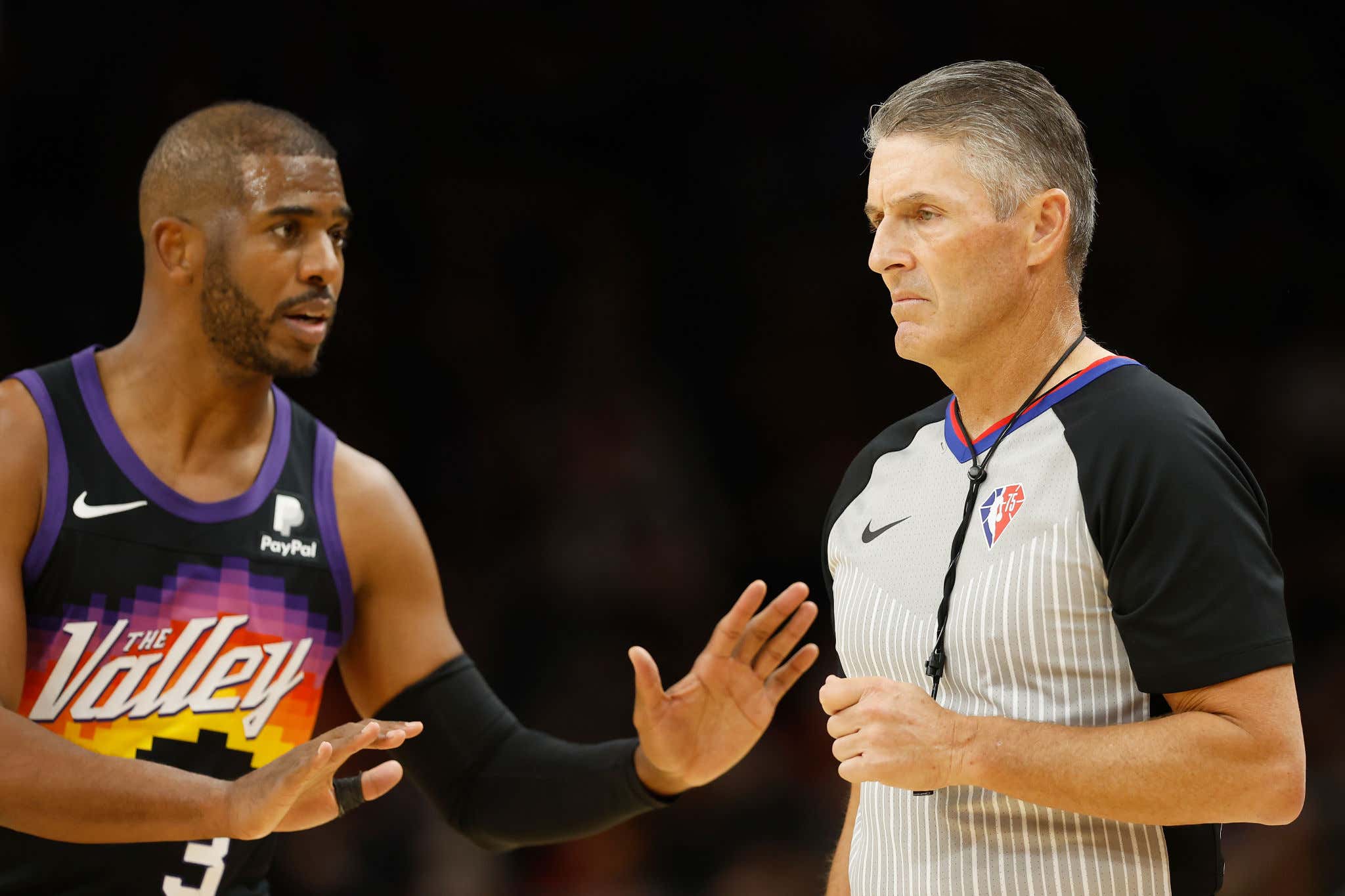 When we first learned of tonight's officiating crew, it was fair to wonder what the league had up their sleeve

Scott Foster AND Tony Brothers? In the same game? I didn't even know you were allowed to do that. Then you remember that Scott Foster has a hatred for Chris Paul that is borderline psychotic. 13 straight postseason losses for Chris Paul in games officiated by Scott Foster. I'm sorry, but that is not a coincidence. That doesn't exactly happen by accident. So to see both Foster and Brothers in this game, something didn't feel right. At the same time, these are the Suns. They're a wagon and have been all year and they are at home playing a scrappy 8 seed. Surely they would be able to take care of business and play in a way that Scott Foster couldn't even be a factor even if he wanted to.

Dear God. No way. It really happened, a 14 straight loss for Chris Paul in a Scott Foster game. What seemed like it would just be a joke this morning turned very real very quickly. You can't even make this shit up at this point. 14-0? How is that real. The thing is, there wasn't really a ref show down the stretch of this game. It really came down to Devin Booker leaving the game in the third quarter with a tight hammy and then Brandon Ingram and CJ McCollum taking over down the stretch

Give the Pelicans credit, the shot making over the final 5+ minutes of this game was big time. Every time it looked like they were going to pull away the Suns went right down and answered. Whether it was CP3 or Cam Johnson making threes, the Pelicans had to execute in high pressure moments on numerous occasions in order to pull out this win. For such a young team that's never been in this spot before, on the road against a title favorite, to see them finish this game strong was pretty damn cool.

That's why before the series I talked about how whatever happens in this series is house money for NO. Their young guys getting these playoff reps is only going to help their development, and here they are sitting with a 1-1 split headed back home with all the momentum in the world. Nobody thought they'd be in this position yet here they are. A scrappy team that's been sneaky really good since the trade deadline has a legit chance to put the pressure on the Suns. Imagine if they go up 3-1? That might seem insane but at the same time who expected 1-1? Even if they come back tied 2-2 that's a huge win because they've already proven they can win on the road.

The Pelicans exposed the Suns in transition all night and they are loaded with young legs. Who knows what Devin Booker's hamstring is going to look like but you certainly don't want to press things so early. You have to be cautious with those and that can absolutely impact this series. I'm just saying, things got a little more interesting for a series that many thought would be quick work.

I'm also not ruling out the possibility that we'll see another Scott Foster appearance in this series. Perhaps in a must win game. At this point Chris Paul has to make a phone call and pull a favor with Adam Silver. He's a former President Of the NBPA, that has to have some sort of weight. If not, Scott Foster will have no problem putting his perfect record on the line once again.