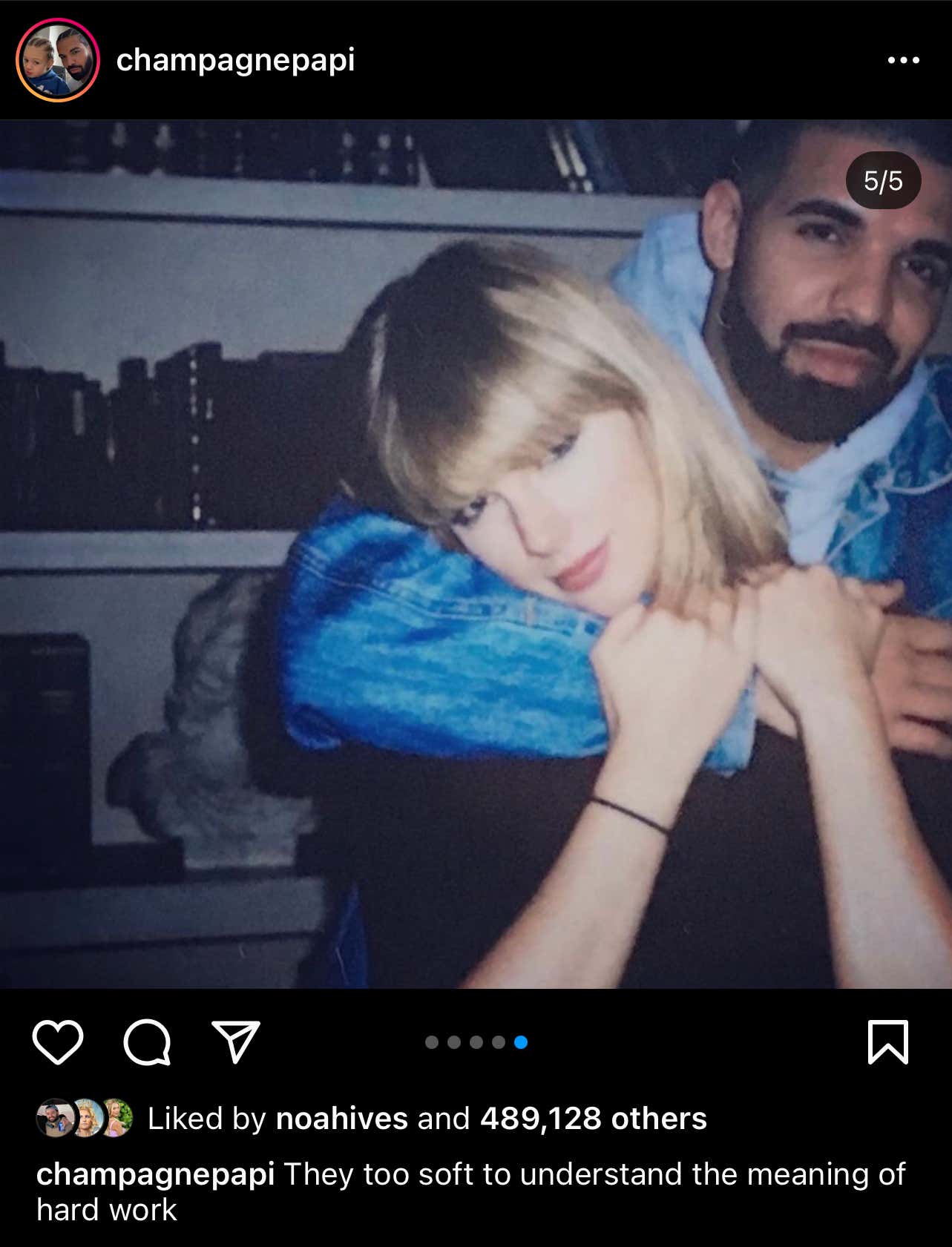 What is happening here? Drake? “They too soft to understand the meaning of hard work,” are you just posting a photo of you and Taylor Swift, implying you are both artists who work hard?

Not a chance. This is absolutely something. Taylor Swift and Drake are collaborating somehow. I’m positive it’s a song, there have been rumors that “a very unexpected collaboration” will be on her next album, which is also rumored to be announced any day now. Taylor would never let a pic like this slip if she wasn’t about to make a move.

The more I think about it, this makes a lot of sense. Is Drake…the male version of Taylor? Both extremely popular but both have haters who don’t think they’re being genuine. Or calling them “sad” all the time. Whining about breakups. They’re also both…very creative? And chill? Oozing with talent? I don’t even know what this means, and I’m already calling it the song of the summer.