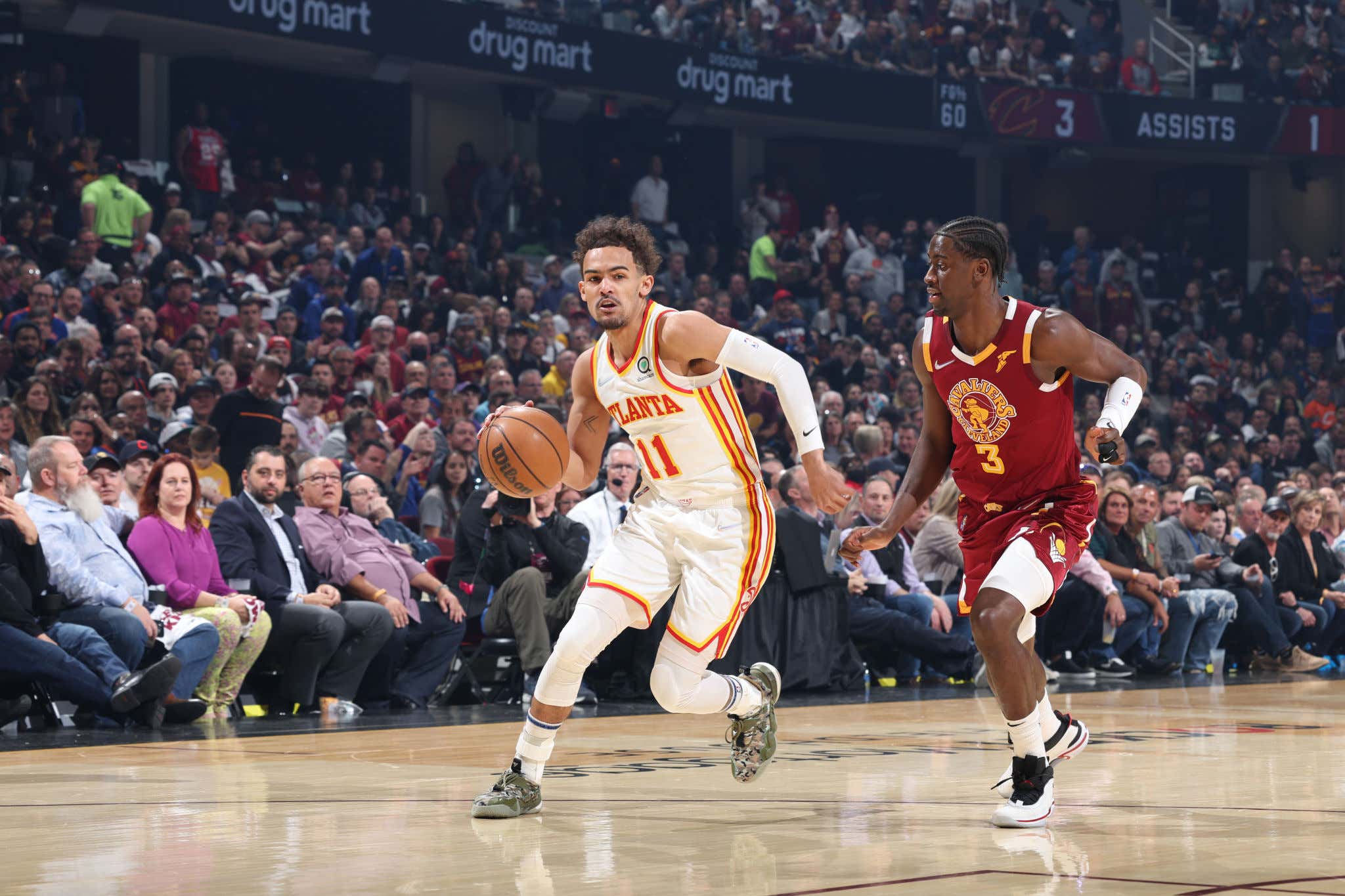 If I've said it once I've said it a thousand times. The Play In Tournament is AWESOME. Every game seems to deliver and that is exactly what happened in tonight's Hawks/Cavs game. I can't say I always agree with Draymond Green but I am having a hard time finding the lie in this take

It rules, plain and simple. I can understand hating it right now if you're a Cavs fan, I mean you were a top 6 seeded team for essentially the majority of the year, got bit by the injury bug and started to slide. Ultimately you finished top 8 which used to be enough, and now in 2022 you'll be watching the postseason on TV. That's tough, but you see there's a simple solution to a situation like this. Win. They had their chance against the Nets and couldn't make a bucket to save their lives. That's OK, the Nets are clearly better. The Cavs then returned home and got off to a GREAT start. Their fans were going nuts and it looked like homecourt advantage was going to be a factor. Unfortunately for the Cavs, they sort of ran out of gas at the worst possible time.

This game was a story of the two point guards. Trae Young was horrendous early. Couldn't buy a bucket and went into the half with just 6 points on 3-11 (0-4) shooting. It wasn't the ice cold killer that we've come to expect from Trae in the postseason. Conversely, Darius Garland looked like he was ready for his moment. He had 13/5 and was getting to wherever he wanted on the floor. Then we came out of the break and were reminded why Trae Young is a terrifying player to try and cover. What makes him so deadly is he just needs to see the ball go in once. Once that happens, all bets are off and that's exactly what we got. He was massive in that 3rd quarter with 16 points on 4-6 (3-5) and all of the sudden the Hawks had come back from being down 14 points. You know Trae is in his zone once he starts making his bombs, and that's exactly what he did

The Hawks figured out how to attack the switch with Young and that's what truly turned this game. Given his size and speed, you're dead the second you put a bigger player on Trae. Once he gets. his shoulders past you, it's over. His float game is unstoppable and when he recognizes the mismatch there's nothing you can really do but pray he misses. How many times did we see Young expose Lauri Markkanen on a switch? That was BBQ chicken basically anytime we saw it.

Unfortunately for the Cavs, he barely missed in the second half. After just 6 points in the first, Young finished with 38 to go along with 9 assists. A typical Trae performance if we're being honest. All I'm going to say is this dude better make an All NBA team. Stop snubbing Trae Young. Not only is he a monster, but he elevates his game in the postseason which is exactly what the best of the best do. You would think when defenses slow down and are allowed to be more physical that he might struggle, but in reality he grows stronger. He embraces being the villain which makes it even cooler to watch. Brutal if your favorite team has to try and stop him, but awesome for the rest of us to watch. He scored or assisted on 42 of their second half points! That's big time.

While this is for sure disappointing for the Cavs and their fans, their future is still VERY bright. They were ahead of schedule this season and these reps will only help in their development. I know you don't want to hear that right now as a Cavs fan but it's true. Garland, Allen, Mobley are all very young and very good. Their success and progress this season was not a fluke.

But what we've once again been shown is that these Hawks are a problem. We'll see what happens with Capela, but this is a team that can beat anyone in a series. They have the shooting, they have the depth, they have the coaching, and they have Trae Young. Remember, if he doesn't get hurt last year they might have taken care of business against the Bucks. He's the type of player that can assert himself as the best guy on the court regardless of the series. You're telling me he can't take down the Heat? Why not? There is no moment too big for Trae Young and that shit matters.

You then add guys like Bogdanovic, Huerter, Hunter, and Gallo and this Hawks team has the firepower to hang with anyone. Maybe John Collins comes back, who knows. It just comes down to if they can defend at a consistent enough level to get stops when they need them. If that doesn't happen and they find themselves in a shootout, so be it. They can just give the ball to Trae Young and let him go to work.