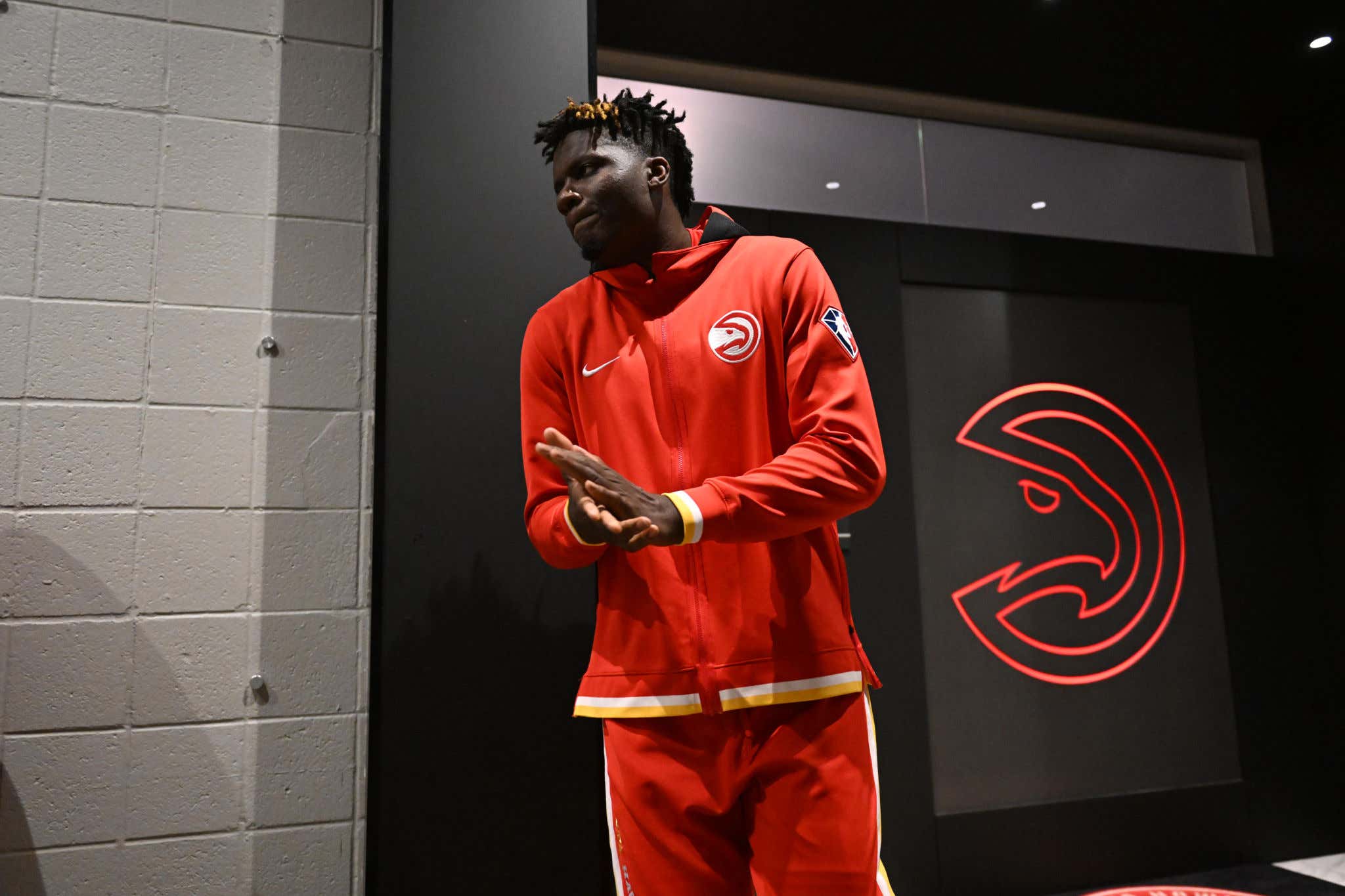 I know Clint Capela got away with a flagrant foul on Evan Mobley here, but sheesh, should it have really come at the cost of disrupting the competitive balance of a pseudo-playoff game? The basketball gods are fucking BRUTAL.

Capela had already racked up seven points and eight rebounds in 13 minutes of action. He was definitely on track for a double-double, and was really the only line of real resistance against the Cavs' jumbo frontcourt rotation. Jarrett Allen returned to Cleveland's lineup for the first time since March 6 tonight and has been absolutely EATING in the paint on both ends of the floor.

Atlanta did well to scrap its way to this point, as its other best big man, John Collins, has been out of action for some time due to injury. Even if Trae Young were to will the Hawks to a second-half comeback after trailing 61-51 at the break, it's unlikely they'd have a real chance against the Heat in the next round if Capela's injury is as serious as it appeared.

Injuries suck in any context. Cavs fans will insensitively shit on Capela and talk about how he could've injured their beloved rookie Mobley, but this was a LITTLE extreme, no? Regardless of what happens in tonight's play-in game, let's hope Capela bounces back quickly, because he's one of the best centers and elite rebounders in all of basketball.