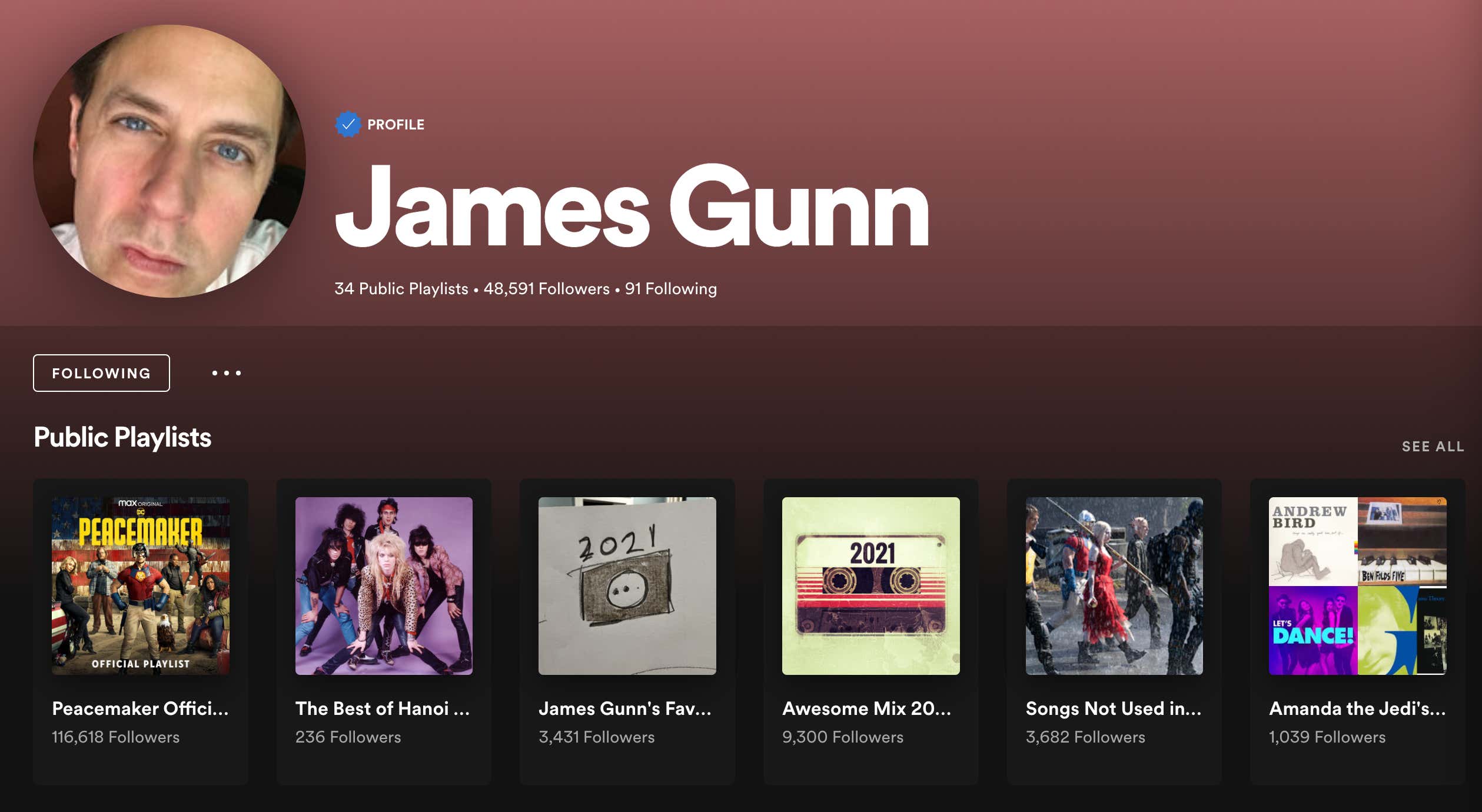 This probably isn't "breaking news" to many of you, because James Gunn's public Spotify profile has apparently existed for years now, but it wasn't until yesterday that Clem and I discovered it - so it was news to us, and I figured I'd let you all in on it as well!

I'm obviously a huge fan of James Gunn's work, and hearing the soundtracks to his movies (and now TV shows, with the fantastic 'Peacemaker') are almost what I look forward to more than anything when the hype train for a Gunn project is rolling. When you nail the use of a great song in a great movie scene, there's nothing better; and James Gunn does that more consistently than any director working in the industry today, in my mind.

Here, on Spotify, he shares songs that made it into his movies, songs that missed the cut, songs that MAY be in future movies, his favorite songs of the past decade, each year, and much more….so if you're looking for any new playlists - look no further.

P.S. We're three episodes into 'Moon Knight' on Disney+, and while it ain't no 'Peacemaker', it's getting better and better each and every week and the new episode of My Mom's Basement covers it all….