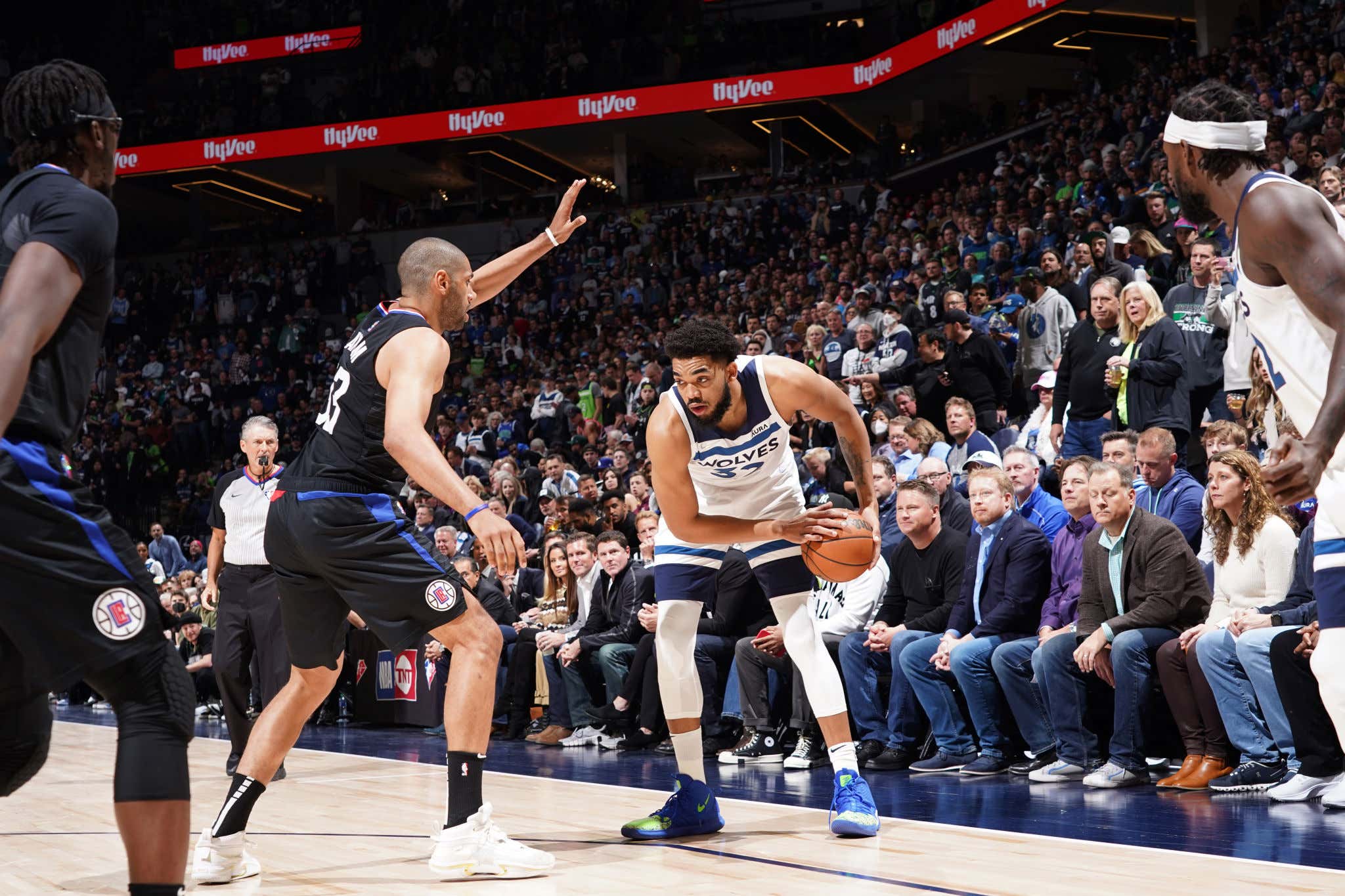 Hm. This has me in a bit of a pickle. On one hand, I love KAT. He's one of the greatest offensive big men I've ever seen. The shit he does offensively are things that should just not be possible for a 7 footer. For example, he shot 41% from three this season on 4.9 3PA and is a career 39.7% shooter from deep. That nuts. I also love when he comes back and talks shit after wins, like what he did after they took down the Lakers. You talk shit on those bums I will support you blindly.

I'm of the school of thought that if you win, you can talk all the shit you want. If people don't like it, beat the Wolves. Pretty simple. Which brings me to the pickle I find myself in. While I am all for KAT talking shit, this ain't it. There's a difference between talking shit and straight up lying. We all saw the game man. Whether it was the box score

or the eye test, it all said the same thing. The Clippers had KAT in hell. There's also the whole part where the Wolves immediately went on their run to win the game once he fouled out. That doesn't exactly help his case. So hearing him talk like that makes me think he may be under the impression that game wasn't on TV. Maybe he thinks nobody saw it and also hasn't read anything about it on the internet or in the paper since the Wolves thrilling win. The entire quote is pretty confusing the more times you read it too. So their plan didn't work, but they've also done the best job at limiting him offensively all year? OK. That's true too, considering in the 3 previous regular season games they held KAT to 15/9/2 on 42/33% splits. Those numbers are way down from his season averages so yeah, the Clippers have the blueprint.

The thing is, that's OK! There is no shame is getting limited by a Ty Lue scheme. He's one of the best active coaches in the NBA, especially in terms of in game adjustments. It's not like anyone should be embarrassed about something like that. If anything all that attention on KAT helped everyone else so in my opinion he should be flattered as opposed to insecure.

"Yeah they did a good job on me and made things tough offensively, so I did my best to adjust and help my team in other ways"

That's it. That's all you have to say! You don't need to go out and pretend like they didn't give you trouble when the Clippers absolutely gave you trouble. You won the game and that's all that matters! At first I thought maybe he just didn't want to admit it in fear that the Grizzlies might do the same thing, but then I remembered that film exists. The NBA is a copycat league and I'm fairly certain the Grizzlies coaches are already cutting up the tape to make sure Steven Adams and JJJ are prepared.

Like I said, I love KAT. I'm happy as hell for the fine people of Minnesota that they are finally experience some form of positivity around their basketball team. Lord knows they deserve it. I just can't get behind this take, mostly because I watched what happened with my own eyes. We all did so I'm not sure who KAT thinks he's fooling.