The film is being made exclusively for HBO Max. Reid Carolin, who wrote the first two movies, is returning as screenwriter. The film’s original director Steven Soderbergh is back at the helm. The third installment is expected to wrap a bow on the trilogy.  Production just began in the U.K. “Magic Mike XXL” director Gregory Jacobs is producing with Carolin, Nick Wechsler and Peter Kiernan.

“It’s really about a woman stuck at a horrible strip show like a Chippendales and then realizing, ‘What the hell am I doing here?’” Carolin said at the time. “And then Magic Mike comes down from the ceiling. She gets to go down the rabbit hole and asks: What do I really want?”

The original Magic Mike was a movie I thought was going to be dumbed-down trash. The movie blew away those expectations easily, and I ended up finding it really funny with a lot of heart. The second movie didn't quite find the same level of success, but it was still a fun enough time. 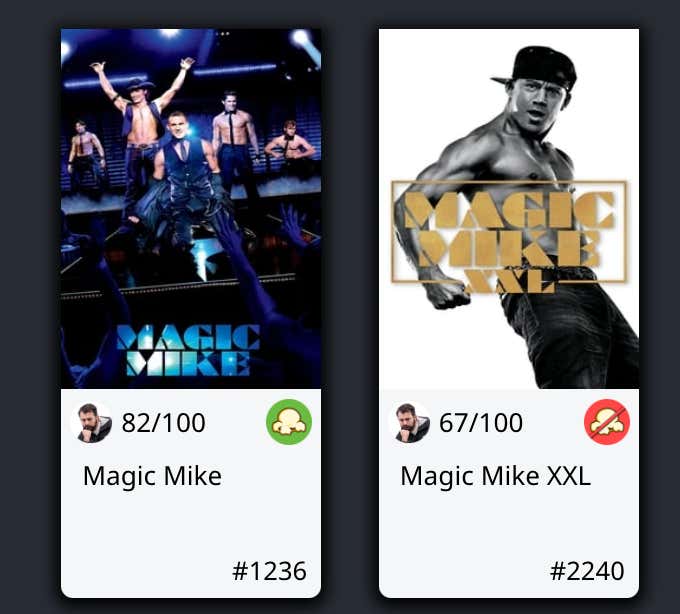 Like you read above, a lot of the original crew is returning for this final chapter. There isn't a full cast list just yet, but Tatum is back on camera and Soderbergh is behind it with the same writer, Reid Carolin, on the script. I think they could sign off with a real bang.

According to The Sun, Thandiwe Newton left the project after getting into a massive fight with Channing Tatum over Will Smith's slap at the oscars. That seems a little bit unlikely and the Sun is a bit of a rag, but I'll choose to believe it because it is funny. Regardless, I am very pumped for the Hayek add. She is one of the most attractive women in the business, and having her co-star in a movie about selling sexiness definitly gets my attention.

Make sure to listen to the last ep of the bracket where a bunch of people from a tiny corner of the northeast decide what the worst state is.