Robbie Fox joined me on Duggs Den recently to open the new release of UFC Prizm cards. This is the second year of UFC Prizm. The hobby box, which comes with two auto's, cost just over $1,000 when I purchased it.

The main card we were looking for was Paddy's Prizm Rookie. He has an "Instant" rookie card from after his first UFC fight, but this is the first one in a set. 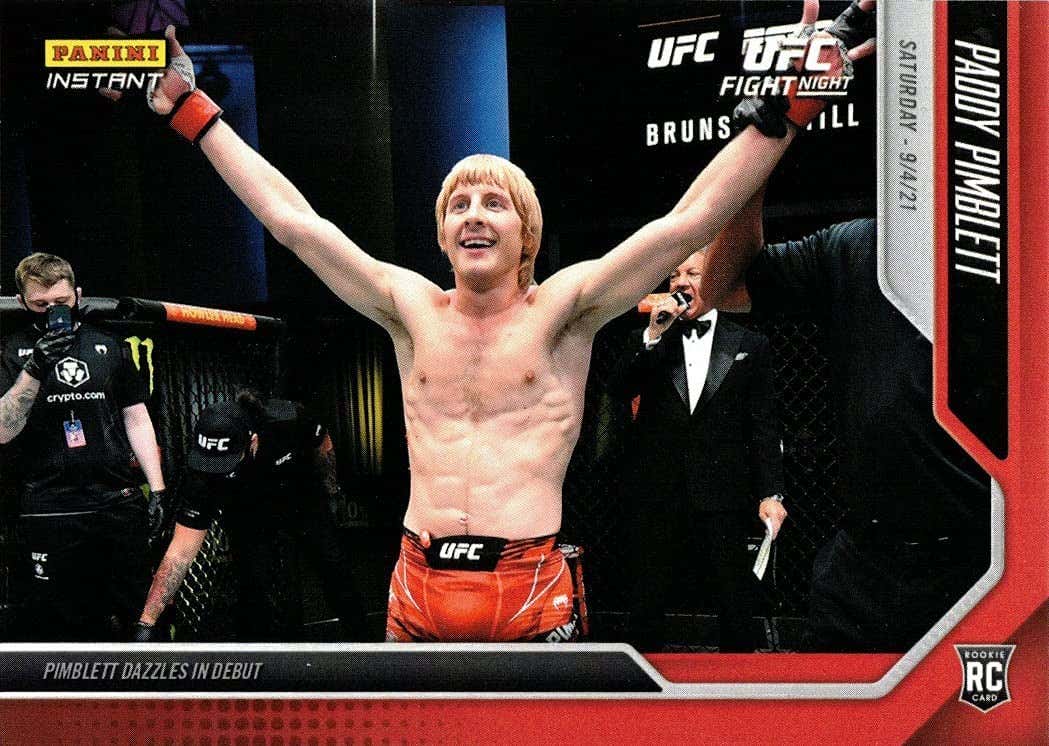 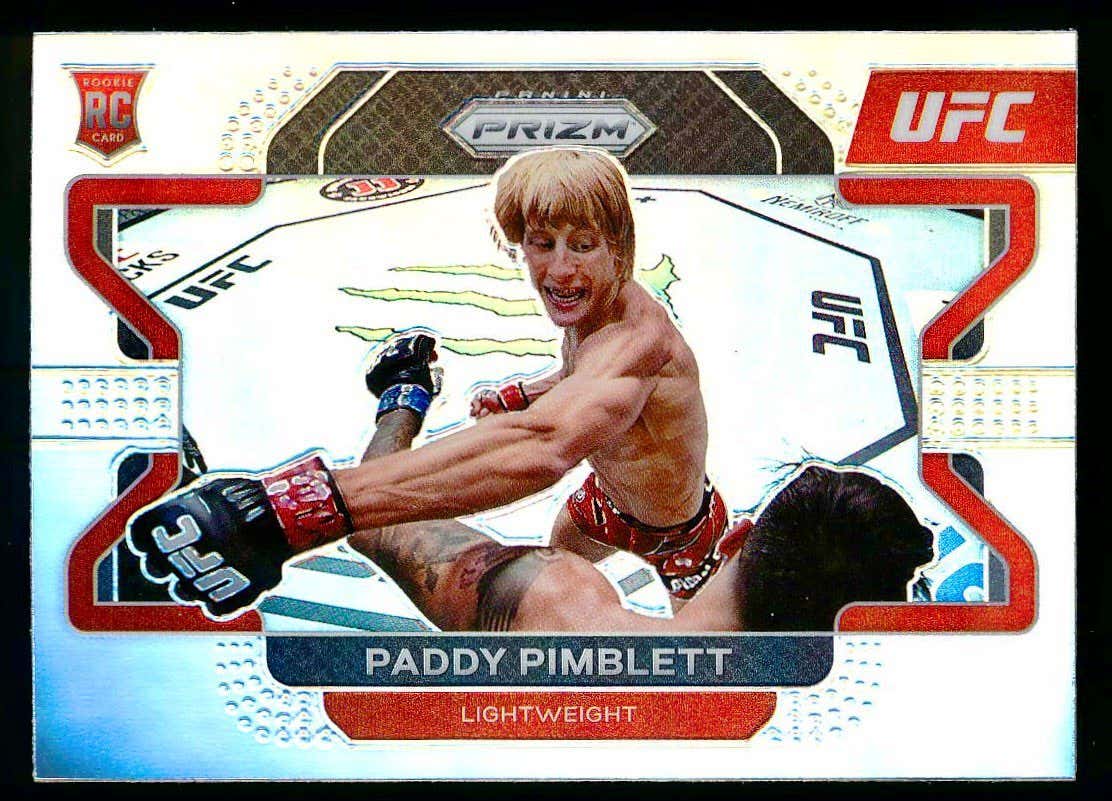 Paddy's Prizm rookie is currently going for around $15 on eBay, but some of the rarer versions of the card are going for much more, like this Octagon Prizm numbered out of 8.

We unfortunately didn't hit any Paddy cards, but we got a good amount of other hits to help make up for it. Here are Just The Hits!

There isn't a comp yet on the Chase Hooper card, but here are recently sold comps of some of the other hits on eBay: 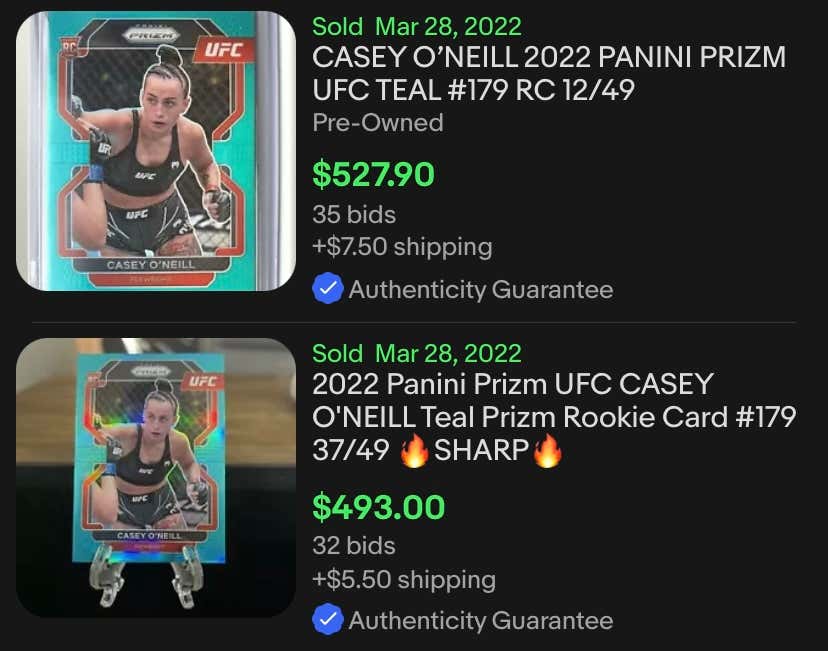 It looks like the Casey O'Neil card is going to save this box for us! Thanks to Robbie Fox for breaking the box with me. If you want to watch the full unboxing with more info and backstory on the fighters from Robbie, you can watch that HERE. Be sure to follow Robbie on twitter (@RobbieBarstool) and listen to his MMA podcast, Spinnin Backfist. Thanks for joining us. See ya next time in Duggs Den!