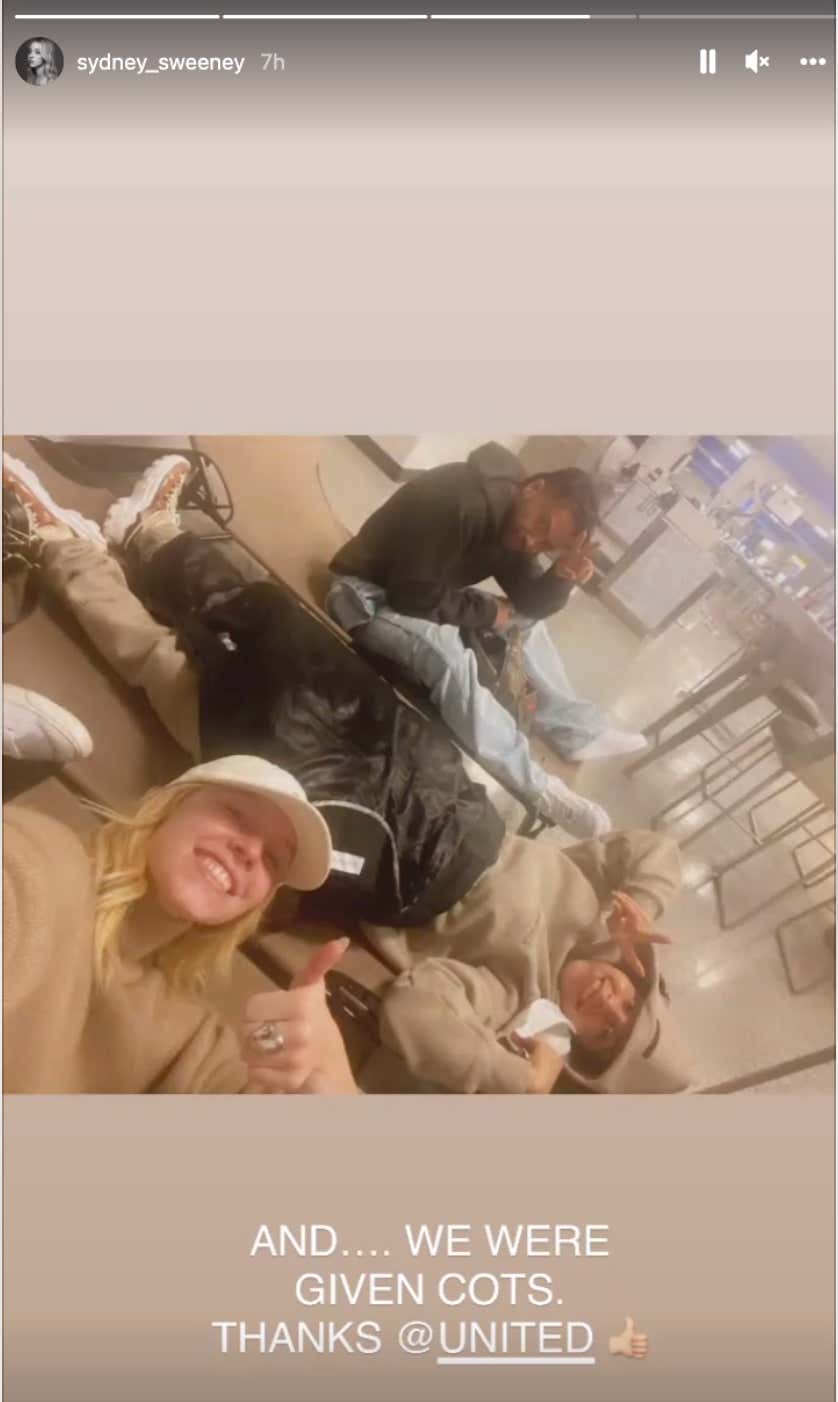 Let this be a valuable lesson. United doesn't care who you are, where you're from, what you did…you're still going to sleep on a cot on the floor in an airport after they cancel your flight and ruin your travel plans. Sydney Sweeney, one of the most famous bitches in the world who also happens to have the Best Tits In Hollywood (according to her grandparents) is stuck in an airport somewhere resting those award winning chesticles on an old, dirty, storm shelter type cot for the night after United Airlines cancelled her flight.

While this image depicts an egregious error on part of United, are we surprised? Is anyone on this earth shocked that an airline can be at the level of incompetence that it produces such a story? Traveling has always been a nightmare, but in this "post"-COVID world, its as if every airline has forgotten how to act. Almost every flight I've taken in the past year has been riddled with delays, issues, no TVs for 4 hour flights, absolute chaos. I took a United flight two days ago and it felt like they added an extra row of seats to shove people into, and took away leg room. Here's a photo of me trying to sit in a basic economy seat: 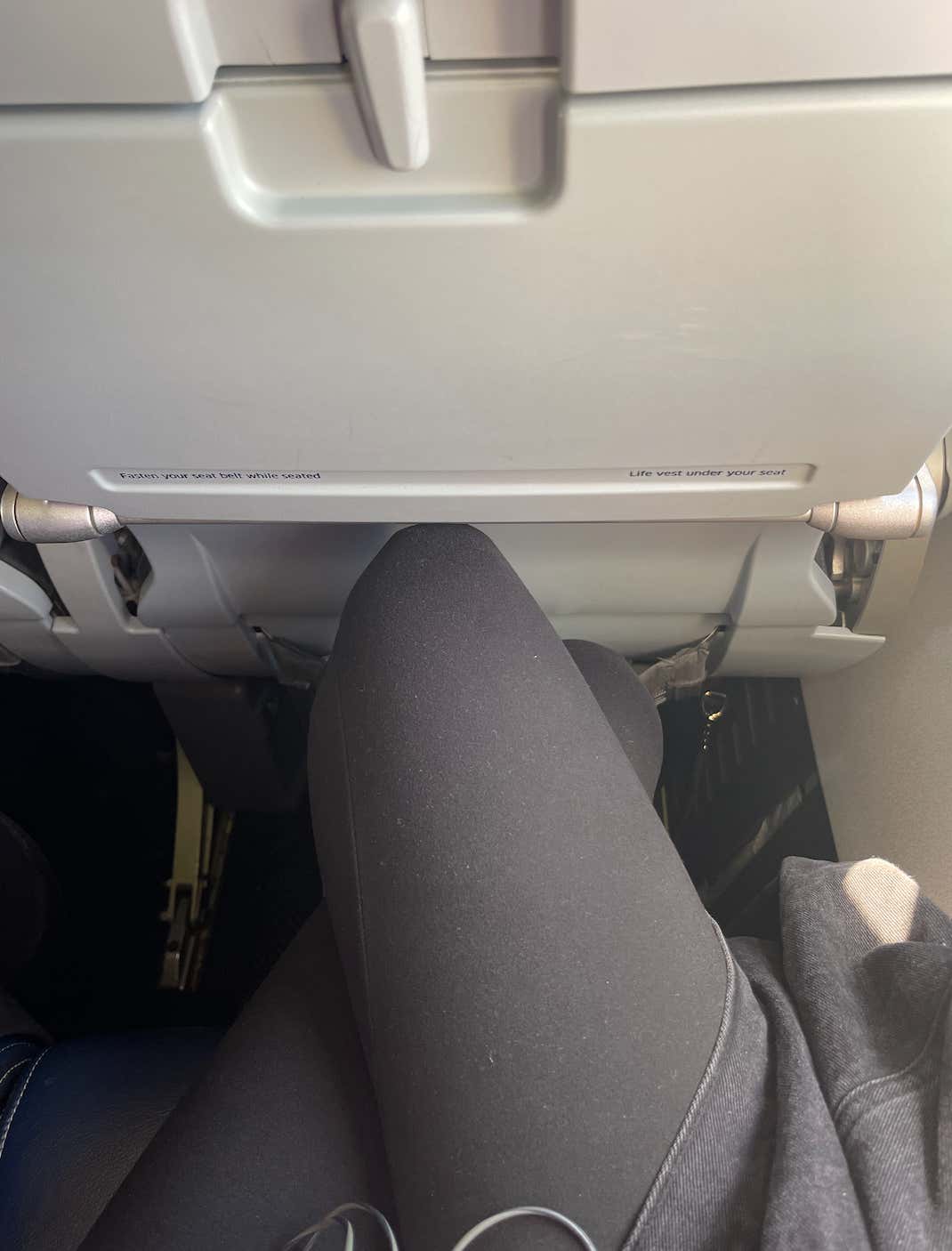 I have long legs, sure, but that's borderline inhumane, right? I feel like I've never been more uncomfortable on planes than I am now. Everyone is traveling, the airlines can't handle it. I don't exactly understand why though? It's not like people didn't travel BEFORE Covid, and now everyone's back in the saddle flying all over the place. Shouldn't it just be back business as usual? Haha, of course it can't. We live on earth. As long as we live on earth, we will be fucked by airlines any time we scrape up the cash to depart from the day-to-day monotony of our boring lives. Even with great tits.