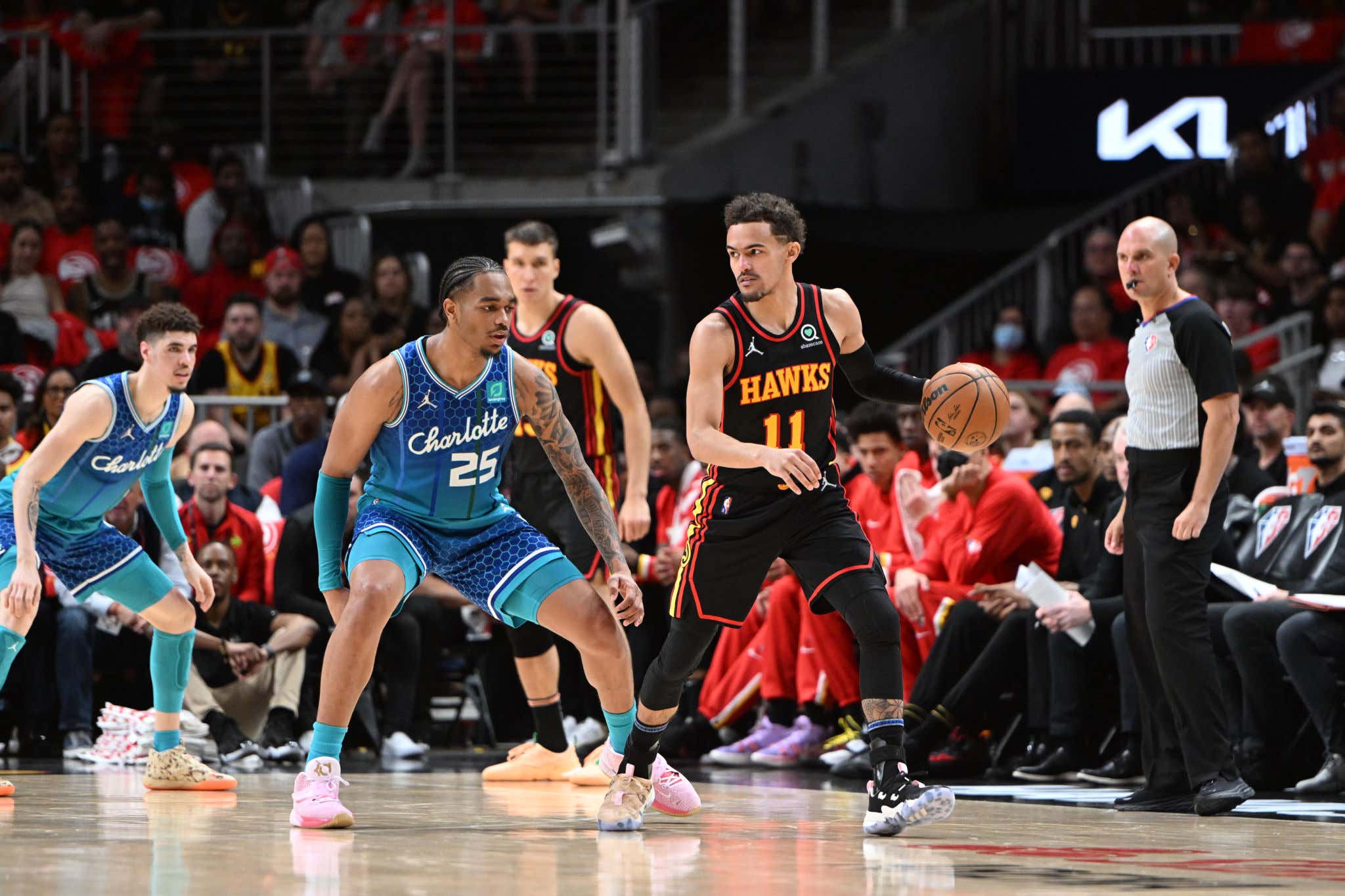 Bless the NBA on TNT studio crew. Ernie Johnson hanging on for dear life at any given moment, playing everything like a true pro. Kenny Smith breaking down the game insightfully. Then you have Charles Barkley and Shaq just shooting the shit, spewing equal parts nonsense, hilarity and occasional nuggets to use for CONTENT purposes.

This falls into the latter category. Yeah. Prior to tip-off, Shaquille O'Neal actually said he'd STICK HIS HAND IN A HORNETS NEST if Charlotte pulled off the upset over the Hawks in Atlanta.

Thankfully for Shaq, the Hornets can't play a fucking lick of defense. Trae Young bricked seven of his first eight shots in the first quarter. The Hawks still scored 33 in the first 12 minutes. Not to be outdone, Charlotte then allowed 42 third-quarter points to the Hawks and ultimately got blown out of State Farm Arena in a 132-103 loss. It was the second straight year the Hornets got destroyed in the play-in stage.

Chuck may have been even more of a moron for picking Charlotte, considering Atlanta entered the night with a 19-3 record in its past 22 home games. All the pressure was on the Hawks to not blow this one. They'd just ran to the Conference Finals in 2021 and are still in danger of missing the playoffs. Didn't matter. Evidently, the Hornets didn't learn shit from their 144-117 play-in defeat against the Pacers.

If Gordon Hayward played, perhaps this would've been a little more competitive. Then again, he's not likely to valmorphanize into a 7-foot-5 wing stopper, which is about the only way I can imagine Charlotte even beginning to figure out defensive solutions. Of the 94 field goal attempts Atlanta had, I estimate approximately five of them were contested.

Next up for the Hawks: A date with the Cavs on Friday. The winner advances to take on the No. 1 seed Miami Heat. Would much rather see Atlanta take them on, as it'd be a better series.

Next for the Hornets? Umm…soul-searching. And figuring out how to get maybe one critical stop in a game that actually matters.