Okay, shit has been weird on Stranger Things since Scene 1 of Episode 1 back in the day.

Nonetheless, here are a few quick thoughts on today's trailer other than GODDAMN those kids look old, which was going to happen thanks to puberty even if a worldwide pandemic didn't push back the timeline for everything.

- First of all, excellent choice going with "Separate Ways" as the theme song for this season. Clearly part of it was done since the characters have all gone their in different directions since the last season ended. But I have "Separate Ways" in Tier 2 of Journey songs, which is elite but checking in just under my favorites "Open Arms" and "Faithfully".

What can I say, I like my Journey a little more emotional. "Don't Stop Believing" is also in that tier but that goes without saying because that song is almost bigger than music at this point, like "Shout" or the Star Spangled Banner.

- Speaking of Journey, I saw them play in Saratoga years ago with the Philippines singer that replaced Steve Perry and they fucking CRUSHED. I usually don't want to watch a band that replaces the lead singer because of how much it changes the entire vibe of the music but Arnel Pineda rules.

I just looked it up and they are on tour with Toto, which seems like a delightful way to spend an evening. Did your pal Clem just give you an idea for a night out in a Stranger Things blog?

- I forgot Billy died last season and will forget it at least half of this season, which will bum me out every single time. RIP to an absolute legendary 80s heel based on looks alone. Truly gone too soon.

- Max floating has to be the work of Billy from the Upside Down, afterlife, or some other weird shit, right?

- I did a double take when I saw those Hawkins basketball jerseys, which looked a little too much like Knicks jerseys for my liking considering Hawkins is a school in Indiana. Then again, I guess the Knicks vs. Reggie Miller rivalry is still years away from happening at this point. 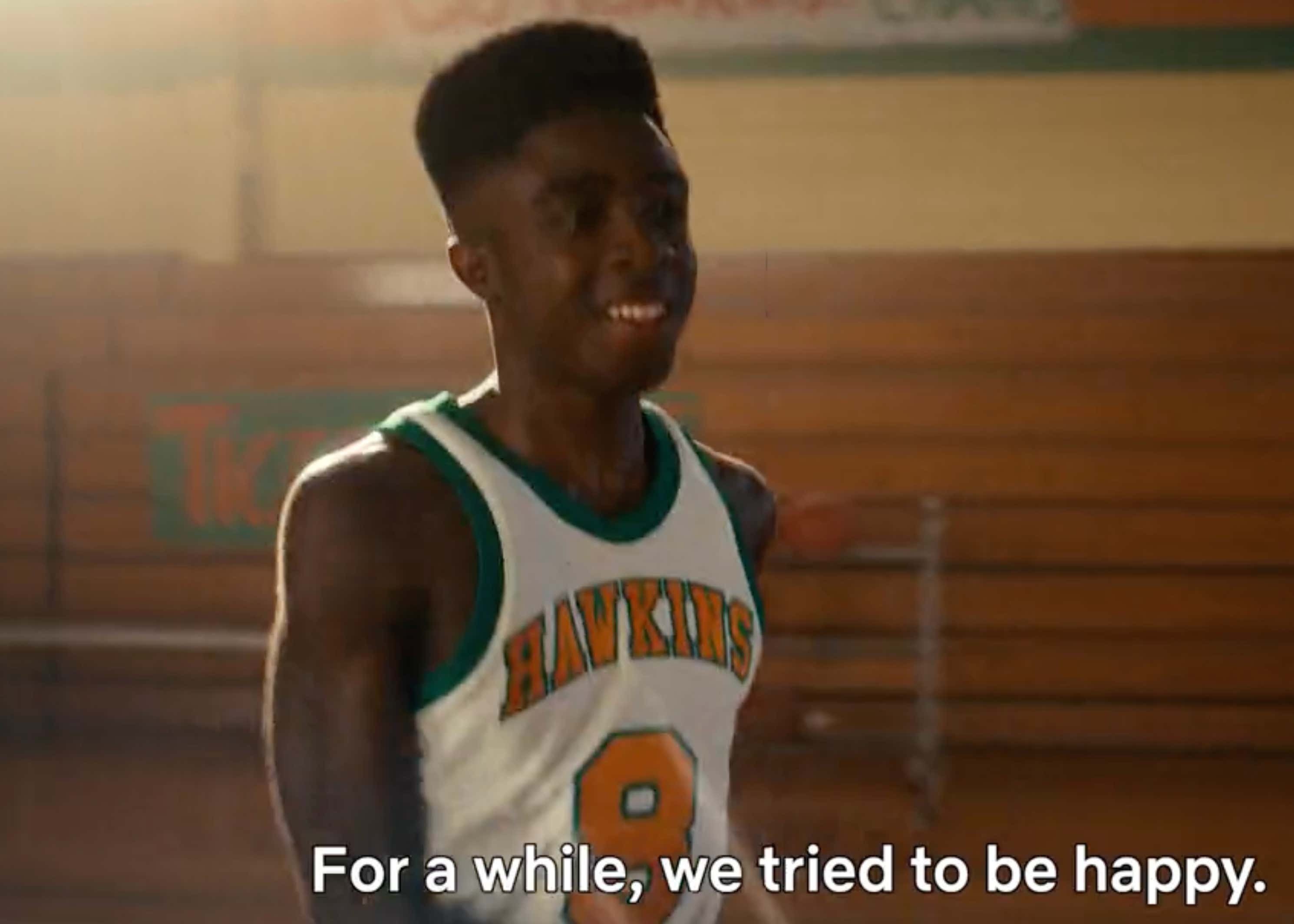 - I wish I could responsibly bet on the Barstool Sportsbook that Eleven losing her powers is going to be a recurring theme that is beat into our heads, with the powers not coming back at all no matter how hard she tries, until they ultimately come back during the most dire of times.

- I also wish I could bet that the scenes of Eleven wrecking shit when she was a kid are going to be the most badass scenes of the entire season.

- There will be a lot of discussion about who the Big Bad is in Stranger Things, whether it's some underworld monster or humanity for what they did to kids like Eleven. However, I am saying this red headed bitch is the true face of evil after ignoring a wave right to the face. 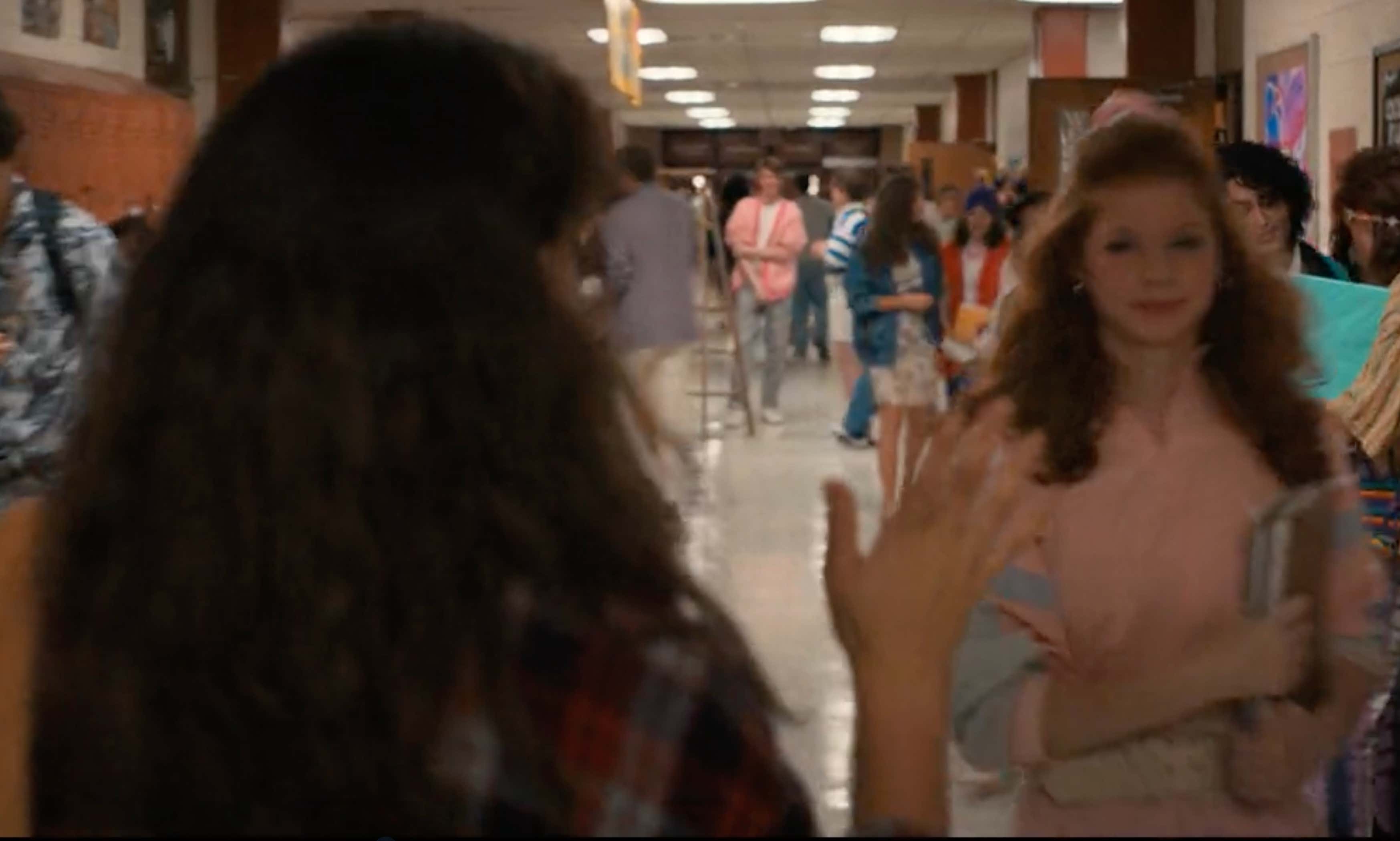 Who does shit like that? What a little bitch. Kids can be so cruel and I feel terrible for bringing two of them into this world so they can experience the awkward years of middle school.

- As for the real monsters on the show, I don't like any sort of weird eye shit or spider leg vibes from my villains so these two creatures can kindly fuck the hell off. 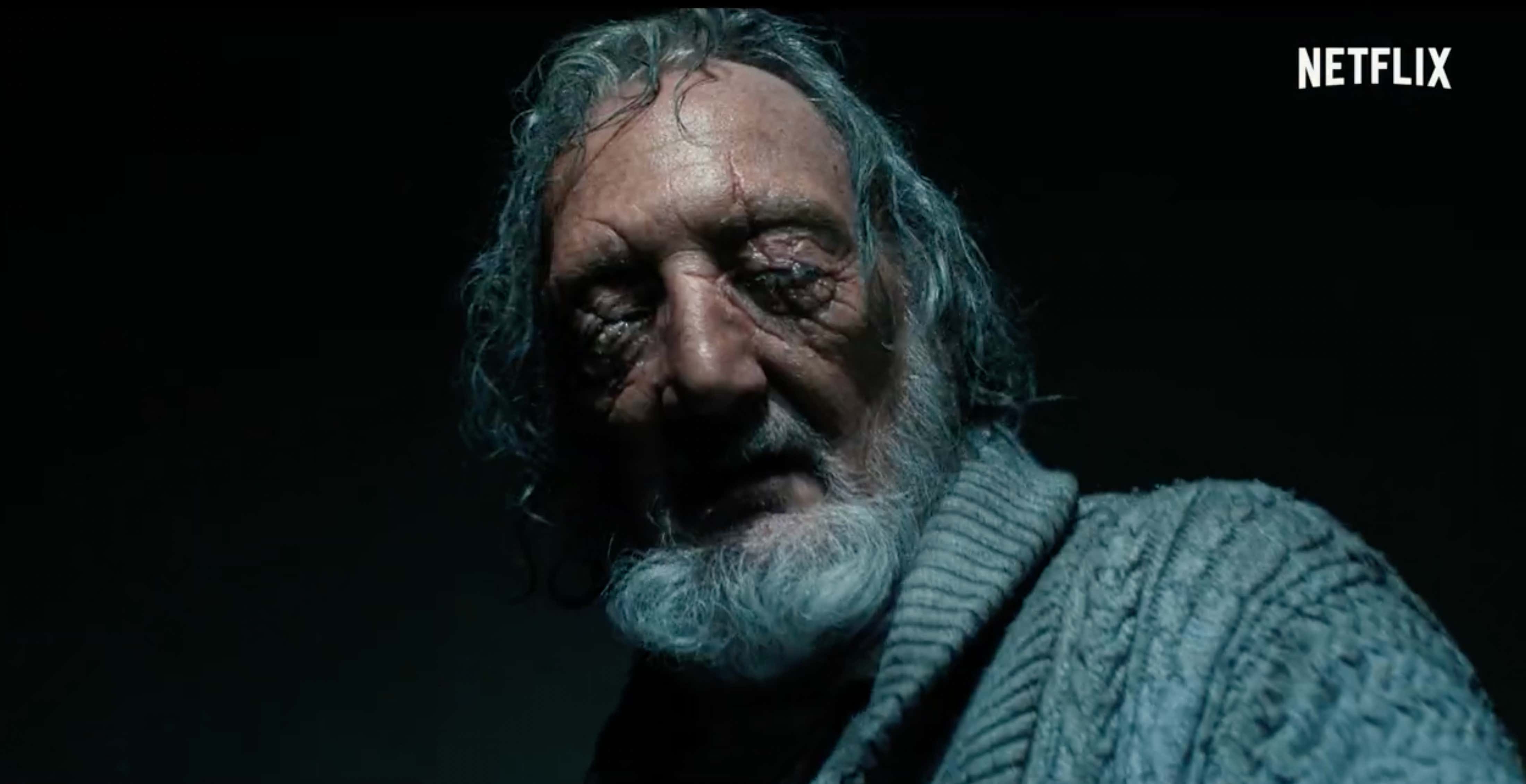 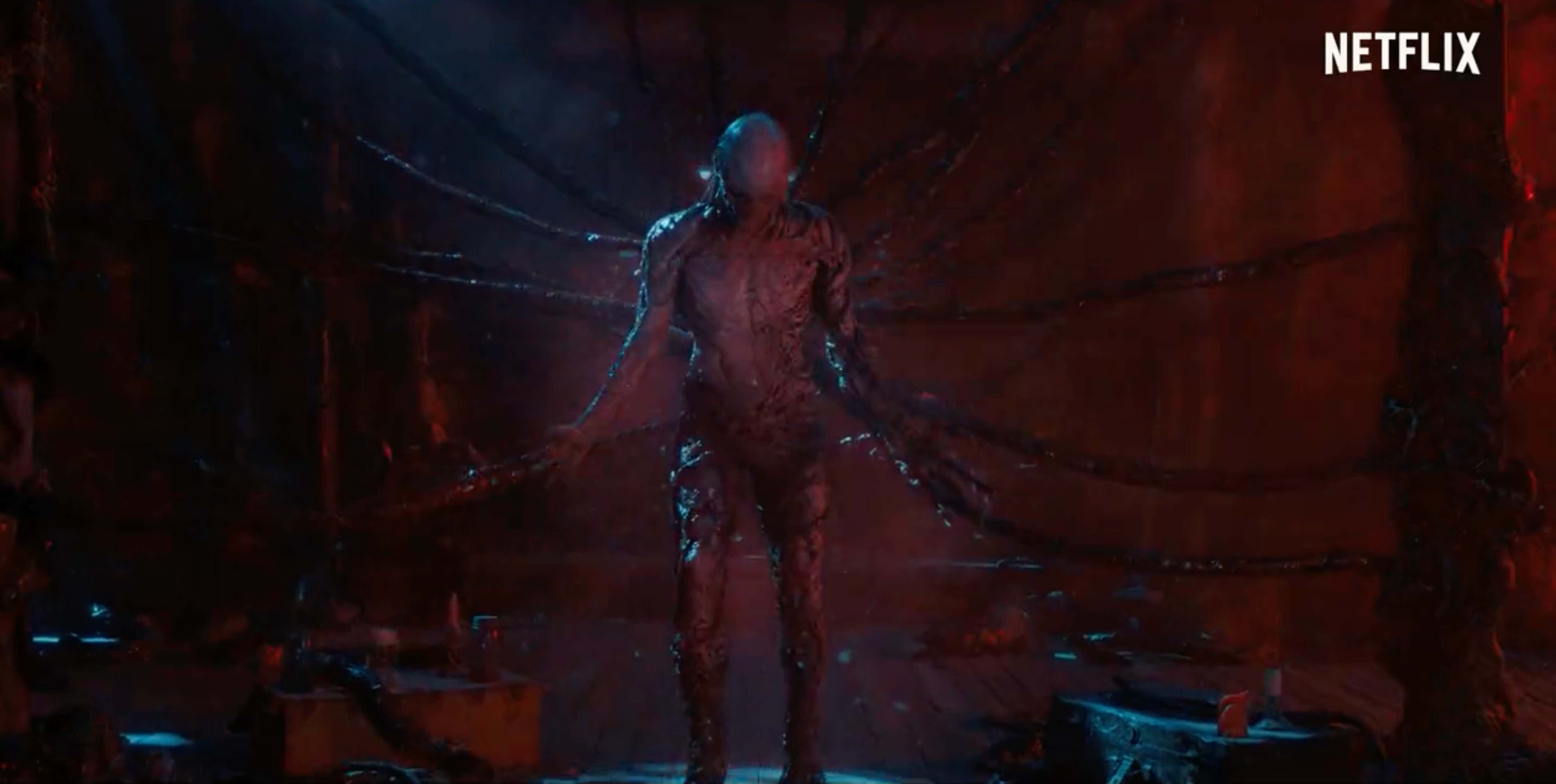 - Nancy Wheeler: Still absolutely perfect in every sense of the word and I'll never forgive Steve for being so shitty to her in Season 1 no matter how many good things he has done since or how nice his hair is. 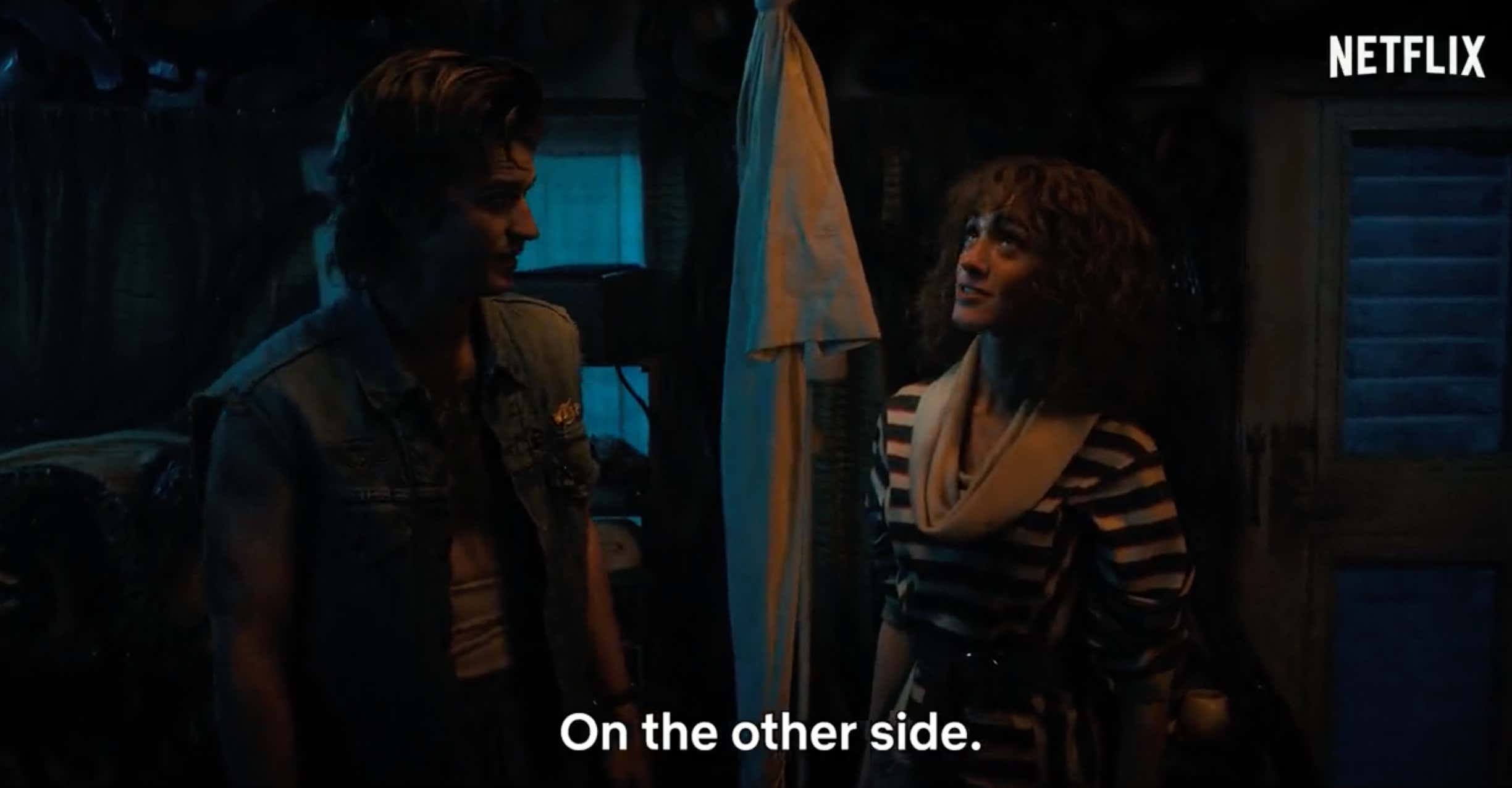 - We will be doing recaps for Stranger Things on My Mom's Basement when it comes out Memorial Day Friday. The first two episodes of Kenobi drop that day as well, so there are gonna be multiple nerdgasms taking place on May 27th which will lead to Robbie and I leaving the basement on Memorial Day paler than when we went into it.

Make sure to subscribe to My Mom's Basement on YouTube so you can see our previews and reviews as soon as they drop or subscribe on your favorite podcast app/site if audio is your preferred poison. We are currently diving deep into Moon Knight every single week.