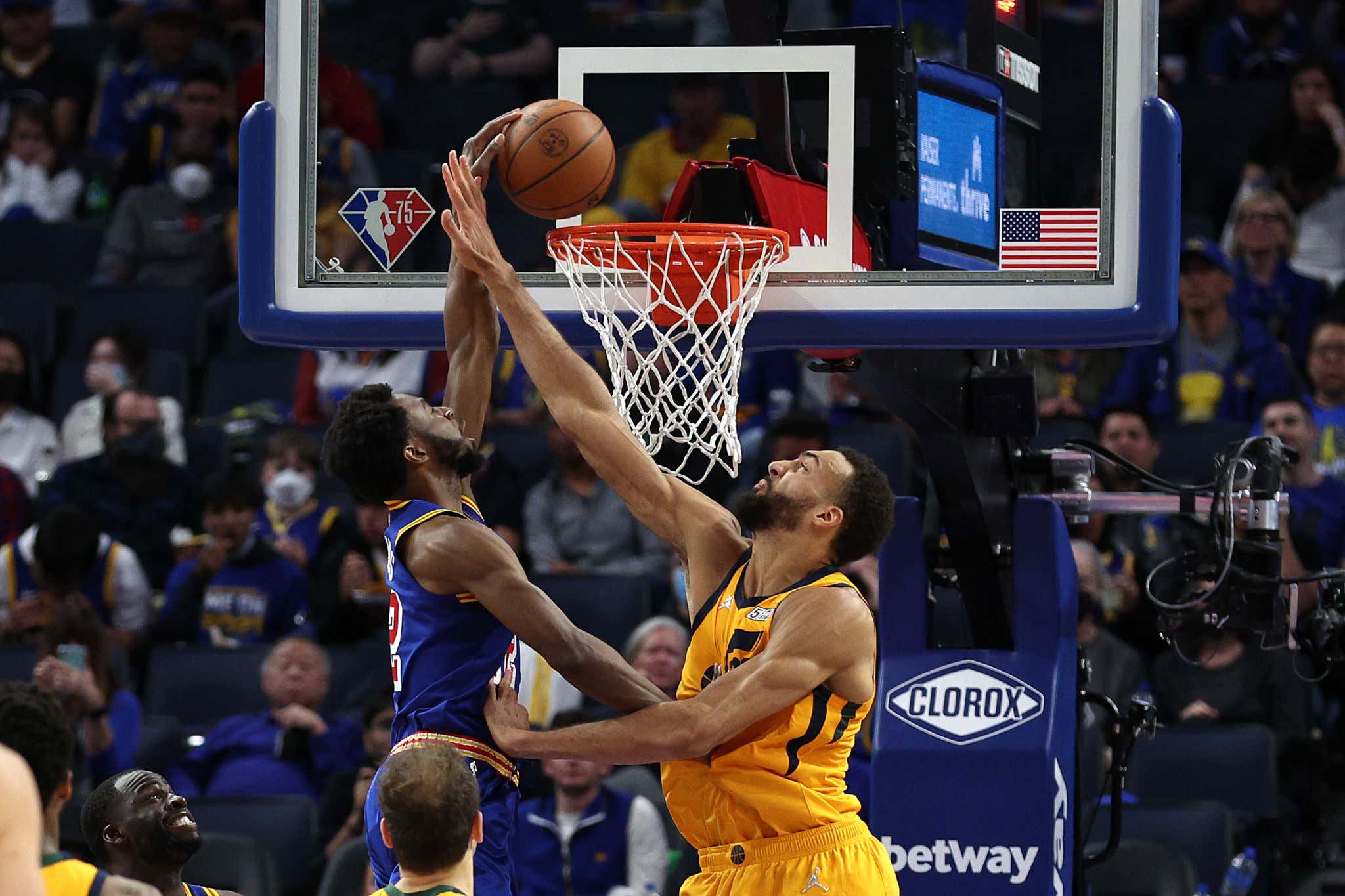 The Jazz are about to enter the postseason with a fairly massive amount of pressure. They are one of the few teams this year where nobody really gives a shit what they accomplish during the regular season, it's about what happens now over the next few weeks. A team that hasn't been past the 2nd round since 2006 and has more than a few choking postseason moments, the pressure is on. If there's another early flame out there's reason to believe Danny Ainge will start to do what Danny Ainge does. He's Trader Danny for a reason. If the Jazz were to blow up their core, the more likely scenario you hear is Rudy Gobert being the one sent out of town.

That makes some sense I guess, but the beauty of that speculation is it allows more speculation to then be created. You know we're about to be right in the thick of "anonymous source" season, which brings me to this exact topic.

For a moment, put aside the reality of what it would actually take for the Warriors to execute this trade for a player with this current extension. We'll get to that in a second. This is currently what Gobert makes

which isn't exactly a small chunk of change. But aside from the price, can you imagine a world where Rudy Gobert and Draymond Green are teammates?? This Draymond Green?

This would be INCREDIBLE. Draymond cannot stand this man and you might think that might change if they ever became teammates but I'm not so sure. This is Draymond we're talking about. He beefed with KD and they were teammates so I'm to believe he wouldn't bully the shit out of Rudy Gobert? No chance. Draymond isn't just some sort of role player on GS, he's a pillar. The Warriors are not the Warriors without Draymond Green and I'm pretty sure this was confirmed given how shitty the Warriors were once he went down for a few months. What he says/thinks matters in that organization which why I was initially confused as to what the Western Conference exec was saying.

But then I thought about it a little more. What if we live in a world where the Warriors would entertain a Draymond for Gobert swap? I know, that sounds ridiculous (mostly because it is) but stay with me for a second. Draymond has $25M next year and a $27M player option as a 34 year old in 2024. My guess is he's looking for an extension pretty soon if not this summer. Is it completely out of the realm of possibility that the Warriors look at this as a potential way to swap one DPOY caliber player for another? One that also doesn't need the ball or shoot threes, but is already locked up long term?

What about a package of like Draymond, Kuminga, Wiseman and a shit ton of picks? That probably wouldn't be enough for UTA but just think of this as a starting point. If the Warriors aren't interested in paying Draymond another contract after this one runs out, doesn't it seem to make sense to try and flip him? Personally I think he'll be a Warrior after the 2024 season, but you can never say never with this stuff. Especially when they need to maximize the window of Klay/Steph/Wiggins. Remember, Steph is signed through 2025-26. Klay is signed through 2024. If the Warriors feel like the key to their success is having that DPOY anchor, I could see why that speculation exists.

The problem is so much of the Warriors success comes via Draymond's ball movement and you absolutely lose that with Gobert. Draymond is one of the best passing big men in the NBA if not ever.

So while this is a fun hypothetical to think about, I give it about a 0.2% chance of actually happening unless Steph flat out demands it but why the hell would he? How many superstar players are demanding their franchise trade a major piece of the puzzle just to bring in Rudy Gobert. My guess is not a whole lot, especially when it's a pillar like Draymond.

To me, this sounds more like Danny Ainge is up to his old tricks. Leaks that someone really good might be interested in Rudy Gobert to help drive his price up. For all we know the Jazz are in talks with someone right this second and they want to squeeze out a little more. Maybe it's an extra first or an extra depth player. I would find that to be MUCH more believable then a world where Rudy Gobert ends up in GS.