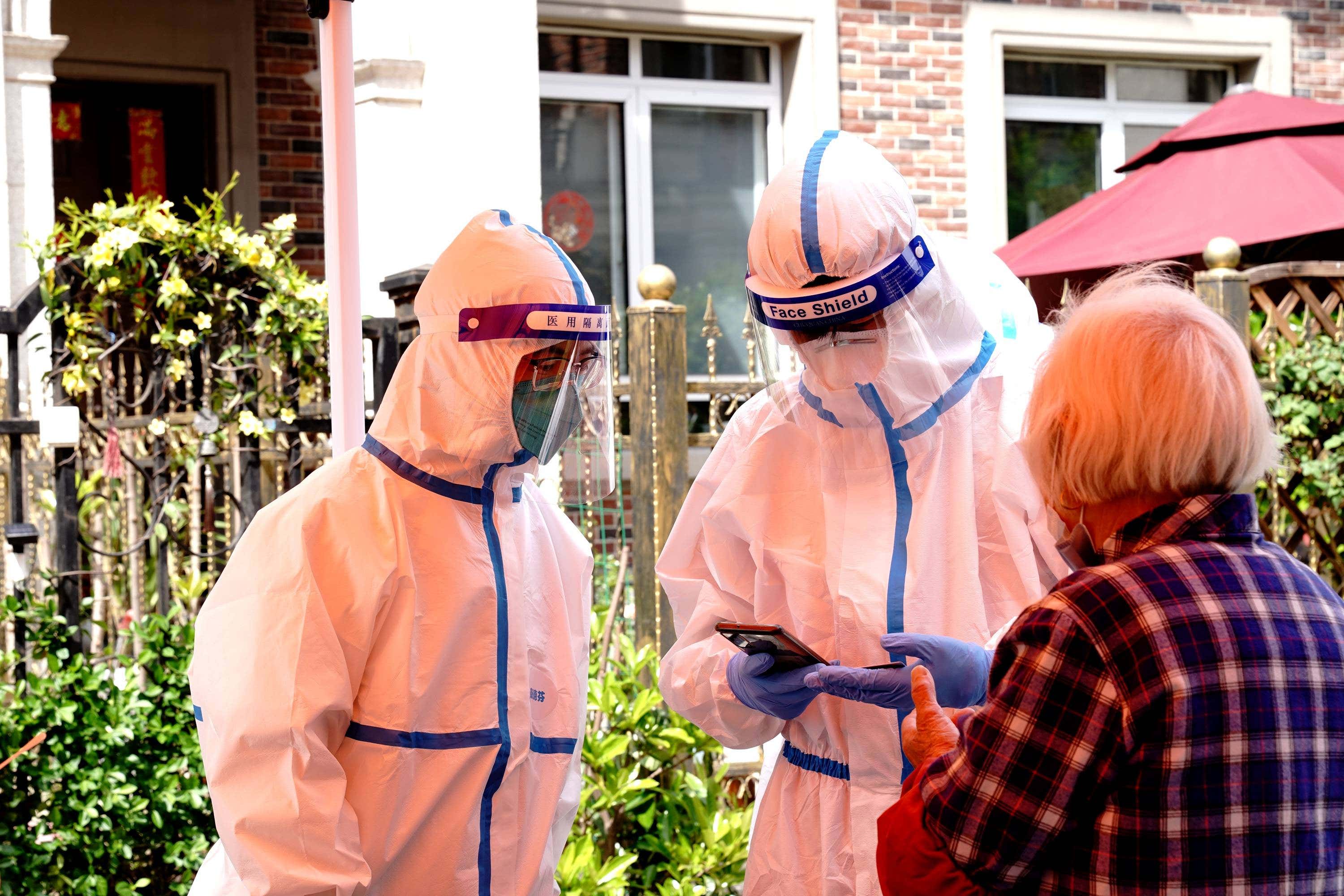 Last week, Chief posted about the Chinese government's decision to enact a total lockdown in Shanghai, a city of 25 million people:

And as eerie as those images were, the situation has deteriorated at an alarming rate in the eight days since.

Now the problem with trying to post anything about this is the obvious fact that truth is such a hard thing to come by. As we're learning with the war in Ukraine, the fact that just about everyone has a device in their pocket that can send information to the entire globe in an instant, doesn't mean we can know what's going on. Everything is in question. Objectivity is practically non-existence. Fake news is everywhere. Something you see with your own eyes can be manipulated. Or your told the source is someone who is not be trusted because of something else they once claimed that turned out to be false. We're living in a time that is equal parts George Orwell dystopia and Soren Kierkegaard relativism. And truth is the most common victim.

With this situation in Shanghai, it's especially true because videos claiming to be from there get taken down, presumably by the Chinese Communist Party authorities. But if the ones that have been preserved are to be trusted, what's happening there is a humanitarian crisis of epic proportions.

Reportedly, authorities have shut huge segments of the population in their homes with tape across the doors, so that if the tape is broken, they know someone inside has violated quarantine and they punish everyone. There are claims that food hasn't been distributed for weeks, and people are beginning to literally starve in their own homes. What food is available is being sold at markups that make it prohibitively expensive for all but the most wealthy. Supposedly children are being removed from families who have a positive Covid test. And family pets are being taken out of the home and killed in the street.

Like I acknowledged, facts are scarce right now. So I'll go with about as credible a news source as I can find:

BBC - On Monday the lockdown was extended indefinitely to cover the entire city of 25 million people.

Strict rules mean most people have to order in food and water and wait for government drop-offs of vegetables, meat and eggs.

But the lockdown extension has overwhelmed delivery services, grocery shop websites and even the distribution of government supplies.

Many delivery personnel are also in locked-down areas, leading to an overall decrease in delivery capacity.

Locals in some areas of the city say they've been completely cut off. …

[One] person wrote that it was the "first time in my life that I have gone hungry".

Note that the above Tweet is now over a week old. And the situation seems to have spiraled from there.

For the purposes of this post - and my soul - I'm going to spare you the (admittedly unverified) videos of animals being slaughter and alleged government health officials in hazmat suits beating citizens in the streets. Though they are everywhere. And focus on the reaction of the residents of the city.

Like this guy, frustrated to the point he's taken to the street, shouting to the rooftops for the whole neighborhood to hear:

Then there are those locked up in their high rises, with no recourse but to scream out their windows into the night:

While drones circle overhead warning them to knock it off, and to quit hoping for freedom:

And more and more videos claiming to be street scenes of Shaghai citizens starting to resist the crackdown:

Followed by, again if they're to be believed, footage of soldiers being deployed in big numbers:

These images, even if they only partially represent the reality going on in the world's most populous city, are pure nightmare fuel. A vision of life in a purely authoritarian state where the individual has no rights, no say in how he/she is governed, not redress of grievances. This is not where I lecture anyone on what is an appropriate response to a virus. We all reached our limit on every mildly informed twat with a Facebook account suddenly becoming an expert on epidemiology by this time two years ago. So I'm acknowledging I'm a blog writer and a stand up comic who knows way too much about Star Wars and way too little about public health wars to lecture anyone. I just know that in order for me to accept the kinds of conditions we're (allegedly) seeing in Shanghai, it would have to be one holy hell of a pandemic. I'm talking Biblical. The Black Death or the Plague of Justinian or something. And even then, it's going to take a lot of convincing to get me to sit quietly in my taped-up house watching my loved ones go hungry in order to save the life of some 89-year-old or some morbidly obese diabetic I never met. We all want to live. What those people screaming off their balconies into the void are going through right now is definitely not a life worth living. Pray for Shanghai.