Look, we all know this Knicks season was an absolute bummer to say the least. The Bing Bong revolution after Game 1 feels like 100 years ago, Julius Randle went from beloved franchise player that created the rallying cry New York We Here to going directly back into the doghouse of every Knicks fan by being the teammate nobody wants to play with, and Tom Thibodeau was pretty much trolling everybody by playing Alec Burks and Taj Gibson so much.

But I'll damned if the way Obi and IQ finished the season doesn't give me something most Knicks fans don't feel often at the end of a season.

I'm not talking about hope that the Knicks will win the lottery or sign a superstar in free agency because our dumb Knicks fan brains feel that every year before a rusty screwdriver stabs that hope to death. I'm talking about having a couple of young players that looked good in a limited basis as rookies actually shine once their coach decided to give them big minutes in their second season. Yeah some of those games came against teams that either had a majority of their best players resting or hurt. But these guys were putting up numbers whenever their coach game them a chance to the point Steven Cheah cashed in his Obi Toppin bet in the FIRST HALF.

Best of all, these guys actually seem to like each other!

Now we head into the summer dreaming of a young trio of RJ, Obi, and IQ growing together over the years along with Jericho Sims already showing flashes of what we hoped he could be as a flier (both literally and figuratively) taken at the end of the 2nd round.

Oh yeah and since our Knicks fan brains are 1000000% still broken, you know we will be focusing on every ugly glance and dramatic quote between Donovan Mitchell and the Jazz during the playoffs.

Fuck it, we're doing the meme! 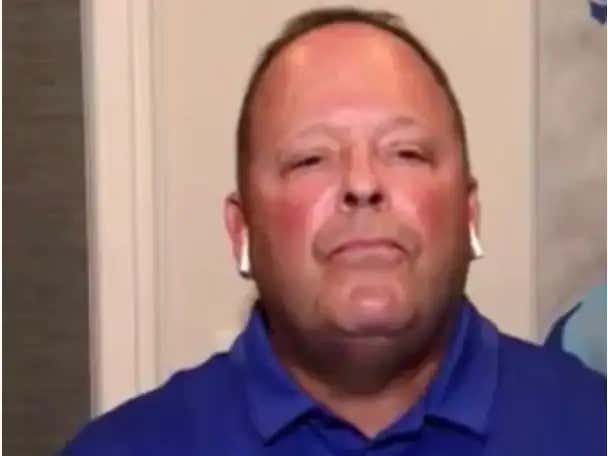 Speaking of Leon, I'm fine if he doesn't trade for Donovan Mitchell if the cost is outrageous. But he better trade or cut every player older than Obi and Quickley so Thibs has no choice but to play "the kids" that will be entering their third season next year because shit like this has to end.

Finally, no matter what happens with Obi, IQ, Randle, or anyone else. There is one indisputable fact that occurred once last night's game ended that pretty much deserves a parade down the Canyon of Heroes.

Just like that, I think the Phil Jackson Era is officially #done. Now let's fire up the Tankathon Lottery Simulator and the Trade Machine (for Randle/Fournier trades) as is as much a New York tradition every spring as a comically oversized evergreen being propped up in the middle of Rockefeller Center every winter.