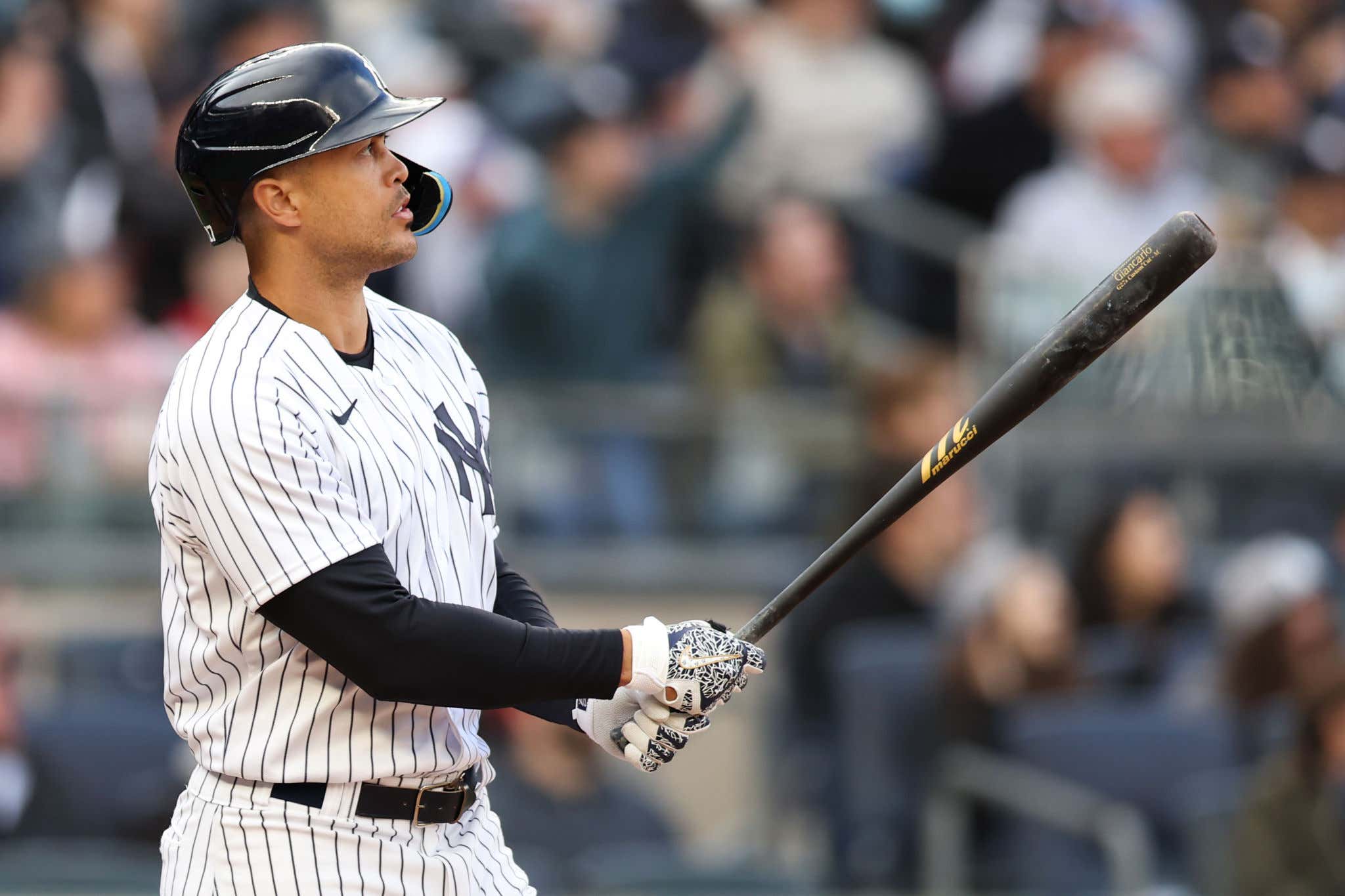 There's a lot to love about Giancarlo Stanton, but I think my favorite part is the fact that he despises the Boston Red Sox as much as fans do. Today's 437 foot bomb to left gave Big G his SIXTH consecutive game with a homer off the Sox.

Certainly have zero issue if he wants to continue Boston pitching like this. Rizzo getting in on the fun is certainly welcomed as well.

1st pair of Yankees teammates to homer in each of the first two games ever. Pretty wild stat if you ask me.

The Yankees are 2-0 to start the season for the first time since 2018. Tomorrow they go for their first 3-0 start since 2003. Could not have scripted a better start to the year, especially against Boston. Sevy showed a lot of good stuff today given his pitch count, but wasn't helped out by the defense behind him. Still, as long as he wakes up tomorrow feeling good it's hard not to be super positive from what you saw on Saturday. Bullpen not giving up a hit was pretty fucking amazing too. Shout out Ron Marinaccio coming into the 4th with a man on, down 2-0 and getting out of it clean in his MLB debut. Swung the game in my mind.

Monty on Sunday Night Baseball for the sweep. Let's get it.

P.S. I'm gonna need Joey Gallo to start doing something correct in the game of baseball.