We had Ian Garry on the Spinnin Backfist MMA Show this week to discuss his second UFC bout, going down tonight in Jacksonville, and he was a great guest - interesting, funny, coming at us live from the gym where he trains, etc. He even told us to check out his wife's tits at one point....

We also had Magic MMA on the show from Spain, as well, and if you don't know Magic, he's a very eccentric gambler on MMA Twitter. He's one of the most followed/respected in that realm, and constantly hits big - this ain't no hobby for him. It's his full time job.

Magic gave us a few picks on the house, including Kay Hansen ML (+104), Aspen Ladd via finish (+450), Ian Garry via finish (-110), Khamzat Chimaev via KO (+110), Petr Yan via finish (+110), and most surprisingly of all - The Korean Zombie ML (+500). He explained that this line (which puts Alexander Volkanovski at -770) is simply insane and that Zombie offers different challenges for Volk, including the grappling upside.

Personally, I still lean towards the Champ in tonight's main event, but definitely believe it'll be a closer fight than the odds suggest. I hope Magic's right, though, because that would be a hell of a moment to cap off the PPV. Imagine that? The Korean Zombie, finally UFC champ?!

We left that fight out of our parlay this week just in case.... 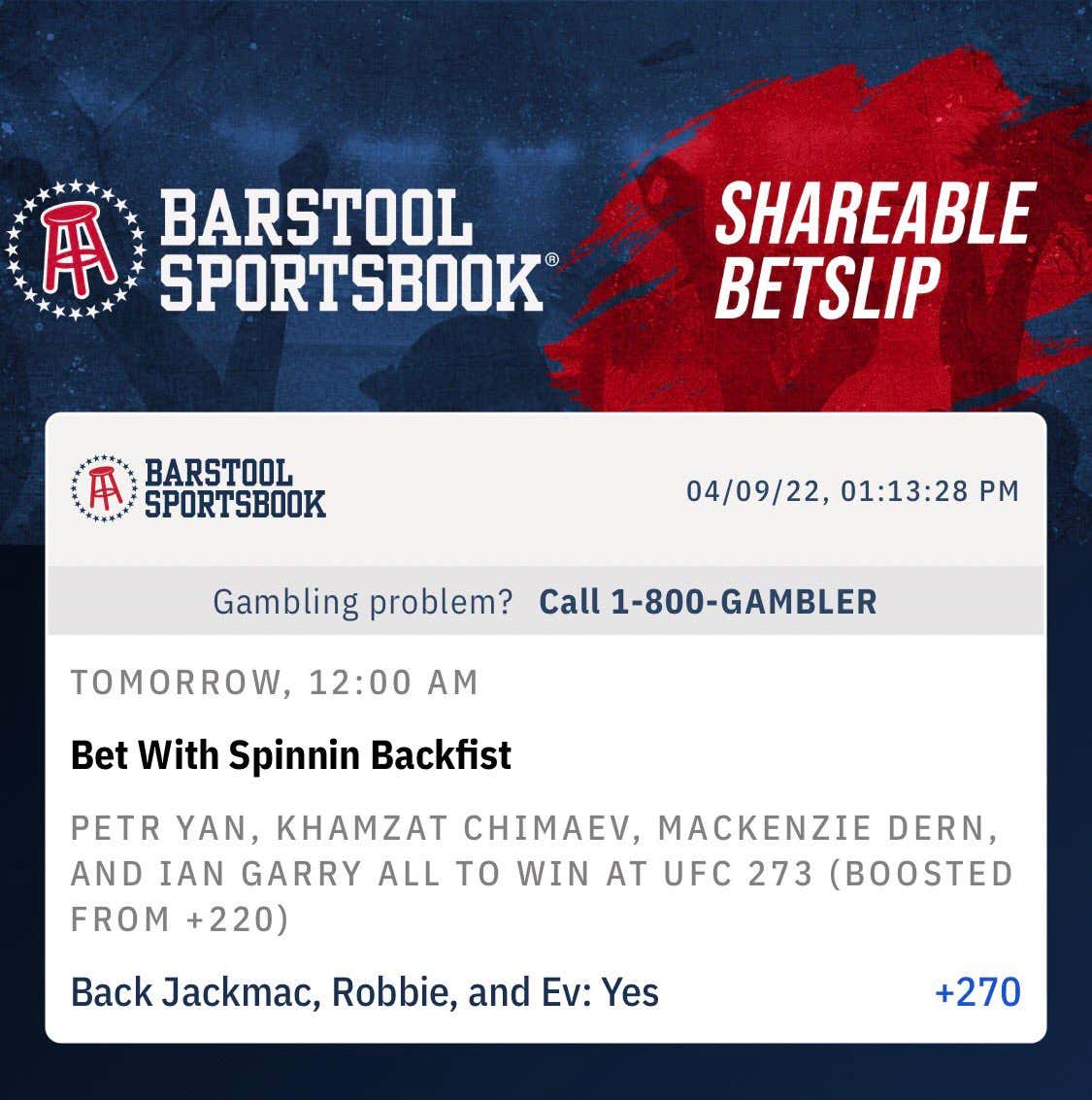 Magic joins us an hour and twenty-three minutes into the show, the video below should take you right there….