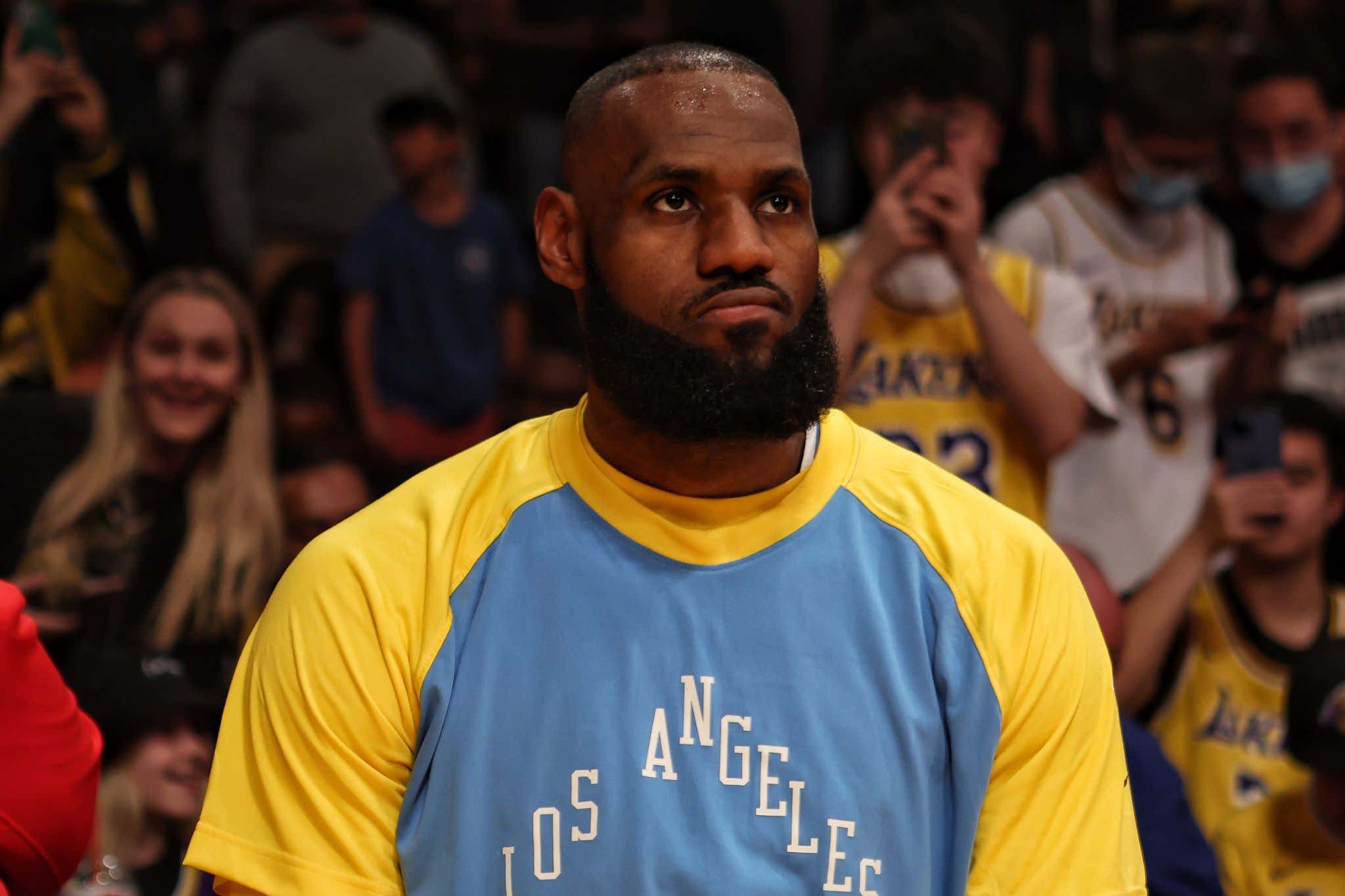 You may have read that Shams tweet as the final nail in the coffin for LeBron's season finally being over. In reality, their season has been over since January. The last thing that the Lakers, LeBron, and their fans were holding onto was the potential for LeBron to win the scoring title. He obviously cared about it all year and it's OK to say that at age 37 LeBron had a fairly ridiculous season. Well, that dream is now dead. At 30.3 he trails Embiid's 30.4 and I dunno if you've watched Embiid lately but he basically walks out of bed and gets you 30+. The Sixers have IND/DET left on their schedule and the Sixers need all the wins they can get for both their playoff hopes and Embiid's MVP case so my guess is he's going to win the scoring title.

I will say, it does make LeBron's terrible April Fools day joke actually funny now so there's that

For a team and player that couldn't find a win if it slapped them in the face, I suggest you take that win and run with it.

and honestly it's the right move. While winning a scoring title would be cool and all, I'm pretty sure LeBron's resume can stand the test of time without it. Why even risk anything long term at his age for a team that I'd say is going to the lottery but they don't even own their own pick this summer.

Now that we know LeBron is done, it does brings up the topic of All NBA. If he had won the scoring title, that probably puts him on 1st Team All NBA. While I might not agree, I can understand that. But now? No scoring title on a team that didn't even make the play in? I'm not sure how you put LeBron on that 1st team. That's a pretty important development for guys like Tatum, Butler, DeRozan, Durant, etc. Right now there's really only one lock for the forward spot on the 1st team and that's Giannis. I do not think we'll see both Embiid and Jokic make it, so it'll be interesting to see who gets the nod. I have my personal preference, but I assume the same is true of Heat/Bulls/Nets fans as well.

There's really no denying how good LeBron was this year in terms of individual production. It's not all that often we see a 37 year old throw up 30.3/8.2/6.2 on 52/35% shooting splits in 56 games. Unfortunately, wins and losses matter and LeBron's GM skills were horrific. Not even one of his best individual seasons was enough to make up for how bad his roster decisions were. That's tough.

My question is this. What do you think bothers him more? Missing the play in entirely or not winning the scoring title and all the hype/publicity that would come with it? I think we're all thinking the same thing.