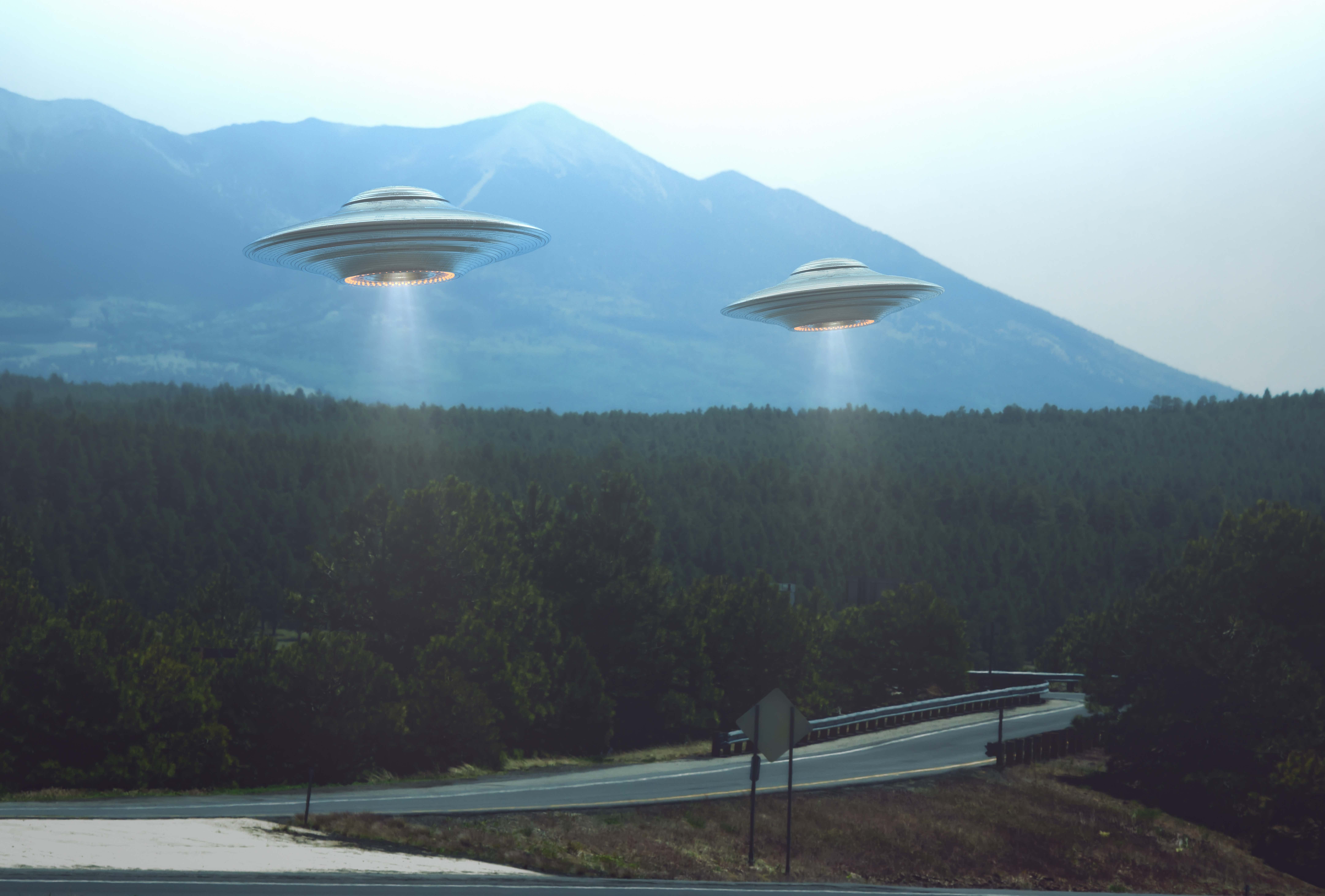 As we inch ever and ever further to that day when the extraterrestrials finally, officially announce their presence to whomever they consider the the leader of the world - be that Biden, Putin, Xi, or my choice William Shatner - a week doesn't go by where yet more information is released by the government.

It's like they're preparing us for the inevitable. Trying to lessen the shock for when our entire view of our place in the universe is inalterably changed. The way a married couple might start to get the kids used to the idea of daddy getting his own place where they can have a second Christmas before mom finally boots him out the door.

And so we get two more major reports. The sorts of releases of information that should be dominating our conversations, instead of which celebrity has something to say about the celebrity who dope slapped the other celebrity. These are the kind of credible reports that would've been considered to incredible to publish just a few, short years ago. But have become commonplace as the Big Day draws nearer:

Source - Encounters with UFOs have reportedly left Americans suffering from radiation burns, brain and nervous system damage, and even "unaccounted for pregnancy," according to a massive database of U.S. government reports recently made public through a Freedom of Information Act (FOIA) request.

The database of documents includes more than 1,500 pages of UFO-related material from the Advanced Aerospace Threat Identification Program (AATIP) — a secretive U.S Department of Defense program that ran from 2007 to 2012.  …

The report describes 42 cases from medical files and 300 "unpublished" cases where humans sustained injuries after alleged encounters with "anomalous vehicles," which include UFOs. In some cases, humans showed burn injuries or other conditions related to electromagnetic radiation, the report said — some of them appearing to have been inflicted by "energy related propulsion systems." The report also noted cases of brain damage, nerve damage, heart palpitations and headaches related to anomalous vehicle encounters.

Source - The USS Kearsarge is the latest vessel to have reportedly had a UFO encounter as the US military begins to open up about the mysterious phenomena.

Documentary filmmaker Dave C. Beaty — who produced 2019 film “The Nimitz Encounters” about the famous 2004 US Navy encounter with the “Tic Tac” object — revealed the reported sighting from October 2021.

At least two objects are said to have lurked near the 40,500-ton amphibious assault ship for several nights while it was on a training exercise off the East Coast of the US.

The phenomena — described by sources familiar with the encounter as odd and menacing [car sized] “balls of light” — are said to have been following around half a mile behind the ship and around 200 feet above the ocean. …

The objects are said to have been spotted at night by the deck watch — who could not gain a thermal targeting lock on them.

It is understood the incident was recorded on video by the crew — but this footage has not yet been released.

This is a Golden Corral buffet of grave concerns. Take your pick of which you're most concerned about. A 1,500 page government document listing 300 cases of people showing physical evidence of their exposure to UAPs. Radiation burns like Richard Dreyfus had in Close Encounters. Aliens knocking up all the females of our species like they're extraterrestrial Ray Lewises. Our sailors and Marines getting buzzed by flying orbs over several nights that can't be detected by the most advanced weapons systems on the high seas. The DoD possessing video of the encounters that they haven't or won't release to the public.

Process all of this the way you will. But let's just acknowledge that if these beings aren't friendlies and decide to finally launch a hostile strike, it sounds like there's not a damned thing we can do about it. They'll air fry you with radiation while they raw dog the birthing age women in your life and do fly-bys on our best military personnel and equipment, and we'll just have to take it. The cosmic version of a big brother kneeling on your chest and slapping you in the face with your own hands and saying, "Why are you hitting yourself? Huh? Why are you hitting yourself?" and you're helpless to stop it.

I'm a little curious about what happened to those people with the microwaved faces or the pregnant women. Maybe their hybrid babies are living among us. It would certainly explain a lot. Like 90% of TikTok for one. And maybe that's the master plan. Perhaps there's no reason go all literal scorched Earth, Independence Day-style. Maybe the long con is to keep our military distracted while they breed us into a version of themselves, and just move into the neighborhood as their great-grandchildren roll out the red carpet. Easy peasy. No bloodshed. Nothing gets broken. I like the sound of that better than a Doomsday scenario. But then I'm not the one with the crispy face or a half-human baby I have to raise as my own. So who can say?

All we know for sure is that what's going on isn't nothing. It is most definitely something. I just hope our impending doom waits until after The Masters.